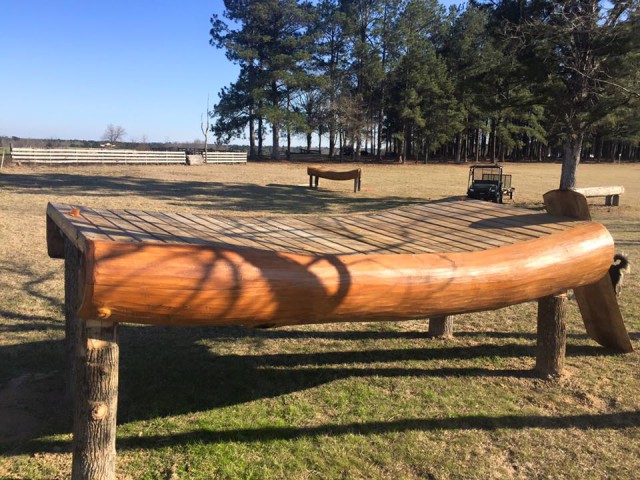 We’re just getting into the swing of things this season, with Pine Top starting off this Friday with three FEI divisions and two Advanced divisions. Meanwhile, Red Hills, Poplar Place, and Twin Rivers have entry stats up and I find myself hitting refresh every three seconds to check for Carolina. Before you know it, we’ll be stalking the Rolex website, waiting desperately to know who will be making the trek from overseas to contest our only America four-star. It’s better than Christmas!

Event riders converge on England to discuss Olympic format changes. With the IOC emphasizing the need to make the sport accessible and entertaining, the FEI has proposed changes in order to better engage the general public. Event riders and delegates from 23 countries met yesterday to try to reach a consensus. [Eventers Meet to Discuss]

Los Angeles has submitted a bid for the 2024 Olympics. While an Olympics in Los Angeles would mark the first time the Summer Games have been held in the U.S. since Atlanta in 1996, three European cities will attempt to bring them back to Europe. Rome, Budapest, and Paris have all also submitted bids, and honestly they all sound like pretty awesome destinations for an Olympic Games.  [Where will the 2024 Olymics Be?]

CDCTA is sporting a brand new look this year. For the first time, CDCTA will now be held at Nelson Farm in Berryville, VA, on April 10th and 11th. Organizer Mike Mendell and course designer Jon Wells invite everyone to come on March 20th between noon and 2 p.m. to view to new courses. [CDCTA Open House]

Time to check the whorls on your horse. I never put much stock into the whorls on a horse and what they mean, but apparently it’s a legitimate thing. Whorls on the face in particular can indicate personality patterns while random whirls on the back, barrel, or withers can indicate explosive issues later one.  [Whorolology]

Amateurs Like Us: An Unlikely Horse. Despite competing up through the one-star level as a teen and a lifelong love for horse, Amy Jenne almost quit after a bad fall off a lease horse that wasn’t a good fit after her college years. Still, a horse named Just Tiger, was available, and despite a tentative start, Amy eventually knew she couldn’t walk away. Now Tiger lives with her on her farm, where they ride every day before Amy goes to work.  [Amateurs Like Us]

SmartPak Product of the Day: SmartPak now stocks CocoSoya! This coconut-soybean oil is great for adding weight to a light horse and doesn’t make them hotter either. I used this last summer when my three-star horse dropped a bit too much weight while fitting up, and this stuff worked miracles for him.  [SmartPak]

As soon as I saw that Catch A Star’s new rider, Ada Plumb, was riding a palomino Welsh Pony around Preliminary, I knew I had to see a video. Thanks to RNS, here is your daily dose of cute.