Olympic eventing has shape-shifted quite dramatically over the years, with early editions being nearly unrecognizable side-by-side with the modern sport. As we approach the 2016 Olympic Games in Rio, and with so much discussion taking place about where to take the sport in the future, we’re taking a look back at its evolution over the past century. Previous installations, in case you missed them, include our history of the 1912 Stockholm Olympic Games in Stockholm and the first Olympic medal winning U.S. event team.

Today Lorraine Jackson recounts the story of the 1920 Games in Antwerp. It was a tough year for U.S. eventing, but if you’ve ever fantasized about the sport scrapping dressage altogether you’re in for a treat.

The 1920 Official Report on the Antwerp Games from the American Olympic Committee ominously opens with the following: “The report of the United States Army on the horse riding team and that of the National Cycling Association give good reason why United States was not successful in these respective events.”

If you want to know what happened to the cycling team, you’re on your own, but the circumstances of the equestrian team are worth recalling here, as this singular event lays out the future of our entire sport. Spoiler alert: Kick an American in the pants, and they’ll get up and ask where you learned to kick like that.

World War I had ended in 1918. The International Olympic Committee awarded Antwerp the games a year and a few months before they were to be held in 1920, and countries were scrambling to build and fund their teams. The U.S. again opted to send a full military squad.

The team was composed entirely of horses and men out of the Cavalry Training School in Fort Riley, Kansas. (This same school would later produce Gordon Wright, one of the godfathers of the “forward seat” movement and George Morris’s first instructor.) Twenty-five of the cavalry’s best horses were selected to enter intensive training with the intention of taking16 horses and eight men on to Europe and whittling the team down to the most fit and able just before the event.

It was a wet spring, and the report bemoans the officers’ limited training opportunities. One officer, concerned that the cavalry horses may not be adequate for the task at all, spent $3,000 of his personal funds to acquire a fabulous mount from Virginia. Unfortunately, the horse contracted strangles before boarding the ship for Europe and did not recover in time for the games.

In late June, the equestrian team sailed for 15 days, likely on the USS Antigone (originally a German passenger vessel seized the the U.S. Navy in WWI) to Belgium, during which the horses were removed from their stalls and hand-walked on the ship’s deck once a day.

They disembarked and headed for Coblenz, Germany, the team’s outpost while they attended several competitions in the region leading up to the start of the games. As U.S. Riding Team Commander — and owner of perhaps the greatest mustache of all time — Colonel W. C. Short put it, “This show experience was the best training that the officers and horse could get as it taught them to face the crowd and varied obstacles, besides establishing prestige for the Americans in the Army of Occupation.” 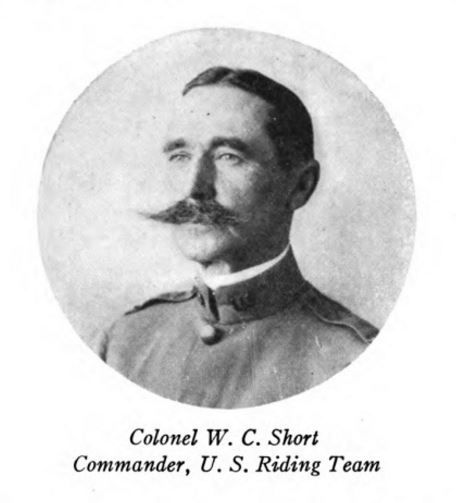 That mustache, though. Courtesy of the report of the American Olympic Committee: Seventh Olympic Games, Antwerp Belgium, 1920. (Public Domain)

The Americans weren’t unsuccessful in their trial runs, but when the Olympiad began, the team would be forced to swallow their pride. While the war had ravaged Europe in many ways, it also opened a door to a new era in horsemanship that would leave the Americans behind.

The war had required cavalries to emphasize new traits in breeding. Private breeders to provide horses for the officers became much more popular, and the “non-cavalry show horse” expanded exponentially in the private arena. The same phenomenon was occurring across the pond but at a much slower rate, and the Americans were about the feel the growing pains in Antwerp. 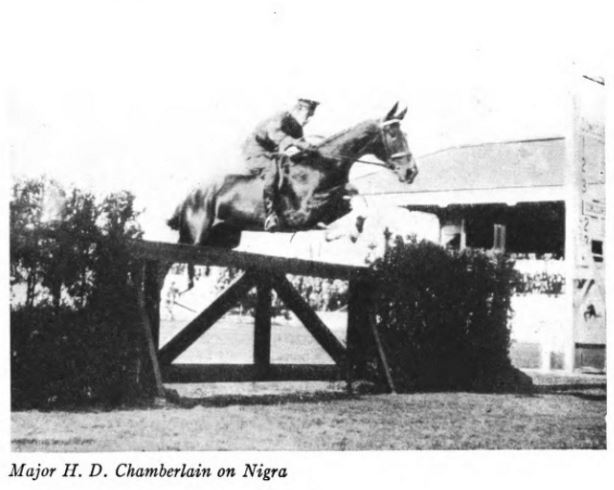 After missing out on medals in dressage and show jumping, the unlucky streak would also hit the eventing team, who suffered malady after malady. As we mentioned previously, the format was a bit more grueling 100 years ago, and in 1920 the IOC decided to scrap the dressage element from eventing, leaving fearless teams to duke it out on the playing fields of a blazing hot endurance ride, an intimidating cross country course, a fast-paced steeplechase and a tricky stadium jumping round. 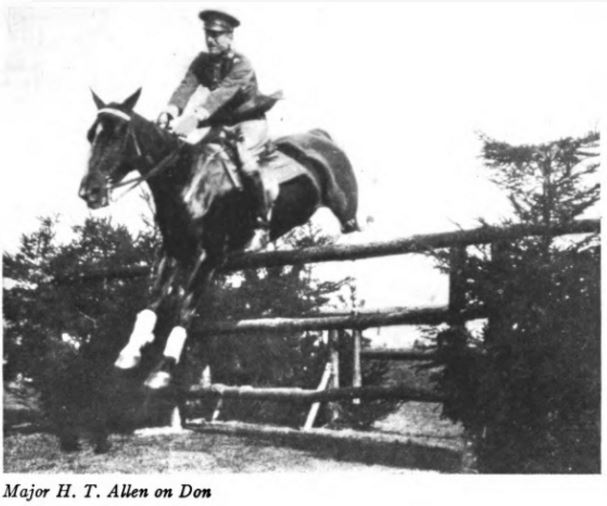 Right away, things went south for the Americans when their best rider broke his hand in a fall on the first day, leaving him unable to finish. The remaining team would have to complete the steeplechase to medal, so naturally their finest Thoroughbred came up lame on the last day. Despite giving the indomitable Swedes a run for their money early on, the incomplete team dropped the Americans to fourth. 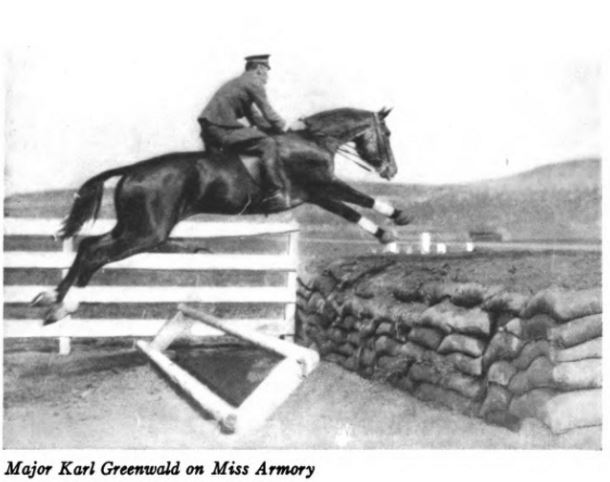 After such hard work and bitter disappointment, Col. Short used the official report as an opportunity to lobby the Olympic Committee and the American public for better horses. “The horse show business is a game of specialists with special horses and is so considered in Europe. If the United States expects to compete with Europe in this game, they must follow the same methods.”

Indeed, when you consider the fact that Col. Short and his men took jack-of-all-trades Army horses to the Olympics and decided once they got there which events to enter and still gave Europe a run for their money, however briefly, you realize how tenacious these young officers were, and how much try the U.S. Cavalry horses had. The Americans had a lot to learn from the breeding and training programs building in Europe, but now at least they knew what they would need to play ball.

After great disappointment, the stage was set: One of the officers on that gutted team in Antwerp would be back for redemption in 1928, and he would get it. His name was Sloan Doak.

Check out the full 1920 report by the American Olympic Committee here, and stay tuned for our next edition of Weird But True Olympic Eventing History, where we will learn more about Sloan Doak and his mount Pathfinder, who were perfectly poised for revenge.

“In the days of a generation back, bloody war would have been fought over less, but there at Antwerp, while they stormed and swore, thousands who offended learned — and some for the first time — that you can compete without hate, lose and yet smile, win and still be gracious; that to cheer for the other team is better sportsmanship than to cheer for your own, and that to hiss or boo your opponents because you are beaten is to be held up to ridicule and contempt in the eyes of sportsmen.”

Post Script: If you really must know what happened to the American cycling team, let’s just leave it at this: The report kindly but firmly suggested that in the future, the IOC should make every effort to see to it that each man gets his own bed at the Olympics. Fair enough.