Needless to say, today’s cross country at the Rio Olympics was extremely influential. Prior to the start, the riders acknowledged the difficulty of the task ahead and knew that the optimum time would be difficult to make.

In the end, only three horse and rider combinations made time and those three are currently sitting in medal positions. Our friends at EquiRatings also confirmed that statistically, this was the toughest cross country course in modern eventing history.

So, what happened where on Pierre Michelet’s Olympic track? There were definitely some tough riding lines and options were welcome and well utilized, but these are the key questions that shook up the standings. 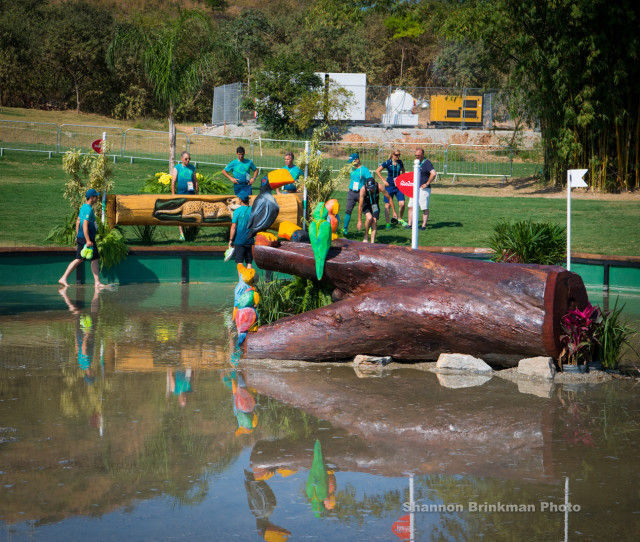 Looking at the jump into the first water complex. Photo by Shannon Brinkman.

The Botanical Garden Water Jump at fence 4 caused only a few problems on paper. Clark Montgomery (USA) didn’t make a good turn to the drop in at BC with Loughan Glen but was ultimately not assessed a refusal, and we were shocked when reigning world champions Sandra Auffarth (GER) and Opgun Louvo picked up a stop at the D element, a log in the water. In general, however, the line from the drop to the log resulted in a quite a few scrappy rides and close calls early on course.

Pao de Acucar (Sugar Loaf) at fences 8ABC and 9 seemed innocuous enough but claimed it’s share of victims. There were no falls here but seven horses put on the breaks or ran out at some point in the line. 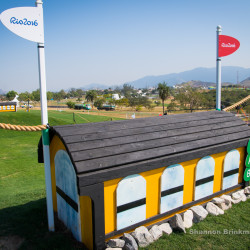 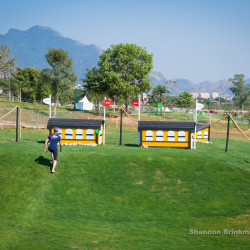 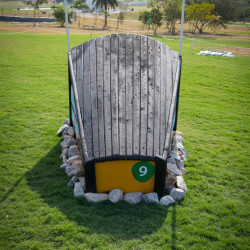 The Pan Am Walls at 11AB and 12 was another accuracy question that resulted in a number of penalties. The live stream commentators mentioned that it rode more difficult than expected and seemed to ride different than it walked.

The two angled brushes were separately numbered, but the riders had to think and react quickly if they were going to go the long route after 11B without presenting to 12. Eleven competitors picked up a refusal or runout here and Karin Donckers (BEL) became unseated when Fletcha Van’t Verahof made a quick move at one of the angled brushes. 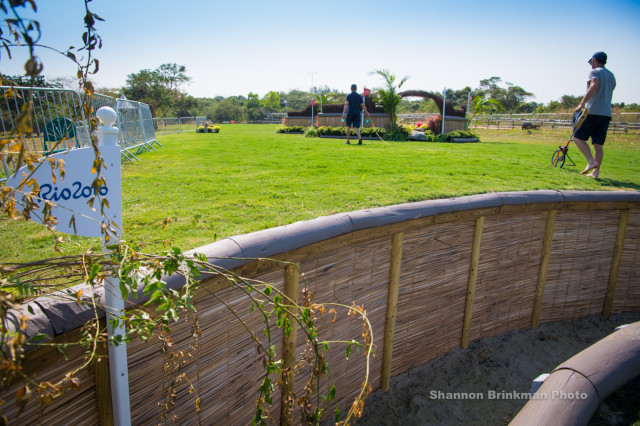 The B element of fence 17, the Palm Tree Question, resulted in seven runouts. The open oxer at A to the open corner at B required riders to hold their line and any bit of crookedness or loss of rhythm resulted in a penalty. This fence is where Clark Montgomery and Loughan Glen retired. Padraig McCarthy (IRL) and Simon Porloe fell when the horse caught his hind legs, but they were up quickly.

Dressage leaders William Fox-Pitt (GBR) and Chilli Morning lost their chances at a medal when they picked up 20 penalties at 20, a narrow wedge at the bottom of a slope following the Ski Jump at 19. William said the error was his fault as he was going to fast down the slope. Felix Vogg (SUI) and Onfire had their second of three refusals at the same place. Pawel Spisak (POL) and Banderas had a frightening fall here but were up quickly. 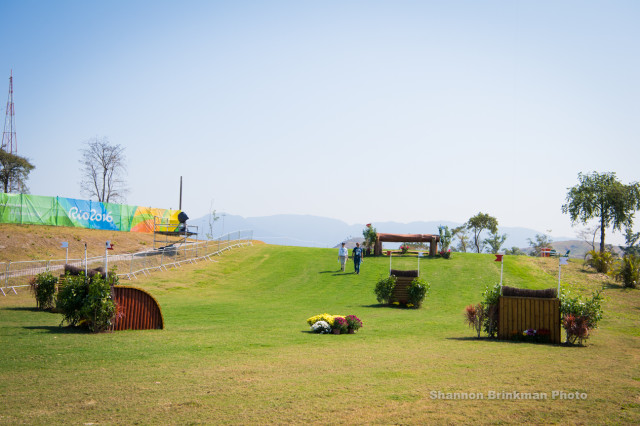 Out of four horse falls all day, three of them occurred at fence 24, the gate at the Malmesbury Cottage. Not many riders attempted the gutsy line from the table at 23 to the gate, opting instead to go the long route around the gate and then turning back to it on a straighter approach.

Tim Price (NZL) and Ringwood Sky Boy unfortunately slipped and went down on the turn to the option, and both Lauren Kieffer (USA) and Veronica and Theo van de Vendel (NED) and Zindane went down after hitting the gate. All three combinations were up and walking off course quickly. 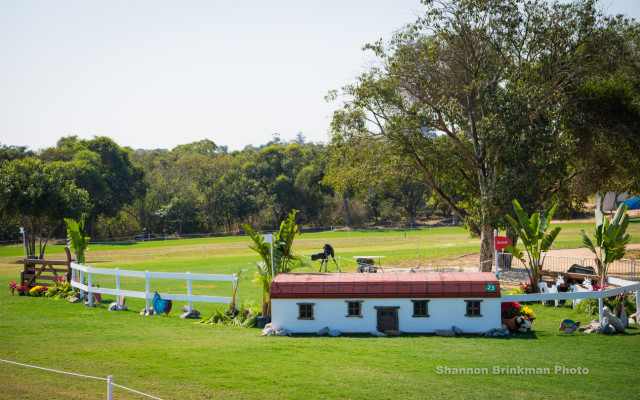 The Fisherman’s Lake at 28/29ABC/30 was the final water on course, and if the line and stride wasn’t just right to the angled brushes in the water, the left handed turn to the separately number toad at 30 was very difficult to get. A number of riders recognized this before presenting to the toad and circled or went the long way, but some took a risk even after an awkward jump over the brushes and paid for it.

A total of 14 horse and rider combinations had a problem at 29ABC or 30, including Ingrid Klimke (GER) and Hale-Bob OLD. 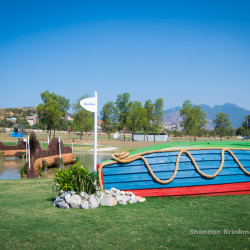 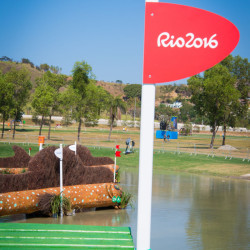 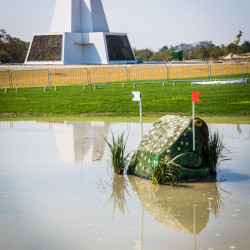 Even some of the most experienced horse and rider combinations couldn’t dominate this truly Olympic-caliber course. However, we saw a lot of determined riders working hard to get it done, horses showing their true heart and athleticism and rookies who took their time and finished smiling. It should also be noted that despite the problems, no serious injuries have been reported for horses or riders.