Eventing in England resumed two weeks ago at the national level after the season was halted due to the Covid-19 lockdown. The sport itself is the same — three phases all counting to a final penalty score — but much of the infrastructure has changed to follow government guidelines for the resumption of sport.

Tweseldown and Barbury Castle ran successful competitions last weekend, and over this weekend Ann and Nigel Taylor’s Aston-Le-Walls ran four days of classes, accommodating over 1,500 entries from BE90 to Open Intermediate. Most of the British team was there, including current World Champion Ros Canter as well as the world ranked No. 1 and 2 Oliver Townend and Tim Price. New Zealander Price was accompanied by his equally efficient wife, Jonelle, who has wasted no time getting back in the saddle after welcoming a daughter into the world in April. Combined, the pair ran 25 horses in this week of eventing. “I can tell you what I have learned in lockdown” said Jonelle, climbing aboard McLaren (formerly ridden by Sir Mark Todd), “The weekends still come up fast, even if everything else has slowed down!”

Eventing has re-commenced with a new live scoring system designed by Miranda Collett that is an absolute joy for both competitors, spectators and organisers. The scores can be fed in directly as achieved and then are ratified by the chief scorer and live on the website within minutes. British Eventing has, in the last few years, spent a considerable amount of money revamping its website and entry system and have failed to do what www.eventingscores.co.uk has achieved in one hit. “It is so much easier/better” was the consistent comment from riders and spectators alike. 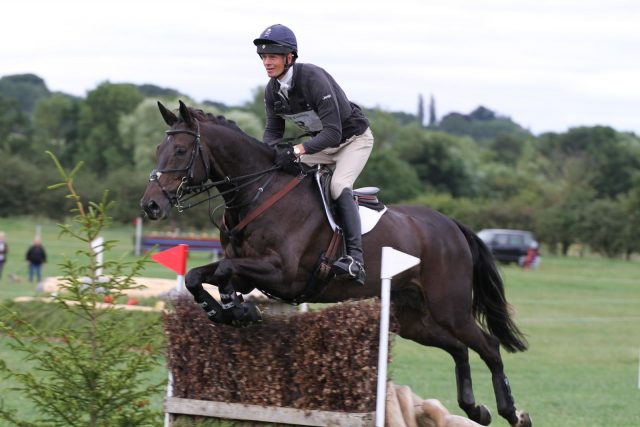 Other changes included a rule that riders must go on their times to prevent overcrowding collecting rings/warm up facilities, no commentary on the cross country aside from announcing who was on course, and riders having to print their numbers at home. Owner and helper numbers were limited but British Eventing has not insisted riders wear masks, so everything looked fairly normal and the facilities at Aston Le walls were as immaculate as ever. “I am loving this new look for eventing,” said William Fox Pitt. “It’s the way forward. No queuing for numbers or hanging around the collecting rings and the lack of commentary has made it much less exciting for the horses.”

A look at the scores will show that Kitty King has apparently spent her lockdown fine tuning her already impressive dressage skills, which gave her two wins in the four Open Intermediate sections. Cristal Fontaine and Vendredi Biats, her pair of gorgeous greys, headed Sections P and Q. She was also placed on Olympic ride Ceylor LAN. 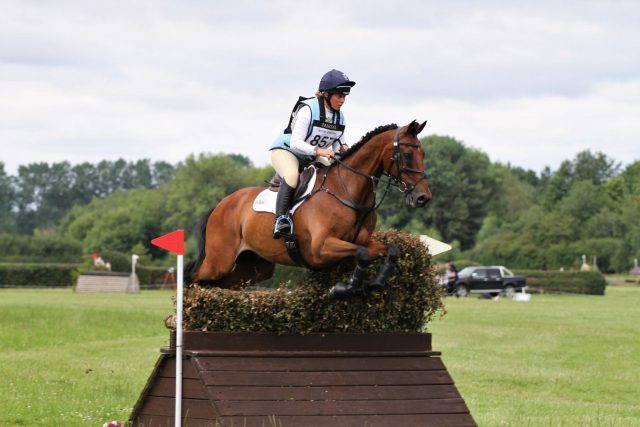 Section Q was also notable for featuring a second place for Nicola Wilson riding Bulana, still the current European individual Bronze medallist. Third place for Australian Olympian Paul Tapner, who only has the one horse to compete since taking on a role with Event Rider Masters but clearly has not lost his ability and Bonza King of Rouges looked very happy to be out. Paul’s wife Georgina also had a good week. A former event rider herself, she has been concentrating more on dressage in recent years and this week completed her first show at Inter One level on a horse she has brought on herself since a four year old.

Other Open Intermediate sections were won by Piggy March on the former Emily King ride Dargun and Imogen Murray with Roherm Ruby. Imogen also rode her flying 5* cross country specialist Ivar Godden.“Sir Charles is certainly very happy to be back out – he’s rather keen to onto the fun bit!” 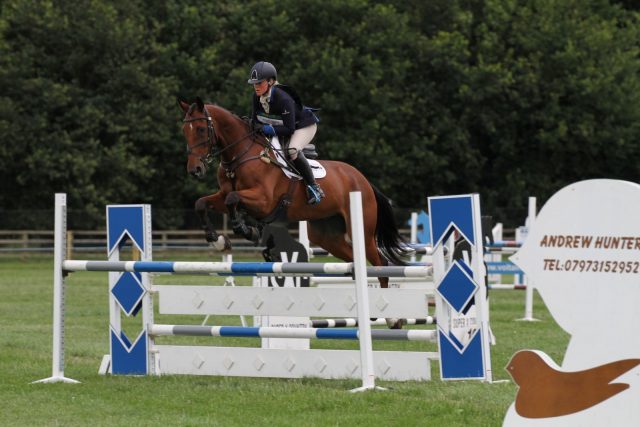 Most of the course chat was catching up with friends and discussing what each other had been doing during the enforced break. We asked some of them, what they had learned during lockdown and here is what they said:

Tom McEwen: “Having free time is something I could get used to! But being serious, it’s been great having time to spend on the horses without the pressure of competing. The weather has been lovely and all the horses have come on, despite having no outings. And I have really realised how grateful we need to be for what we have.”

Imogen Murray: “I eat too much! All this extra time for lunch and stuffing my face!”

Gemma Tattersall: “Being at home more is great!”

Piggy March: “That it is quite scary how much I have enjoyed being at home with the family.

Ros Canter: “I have to say it has been nice spending so much time with my daughter!

Alex Hua Tian: “It’s been great not having to travel so much and stay at home with the dog on my lap. I haven’t been asked for expert advice on China either, which wouldn’t have been a problem if I had, but I think it is so far away and most people have more local concerns.” 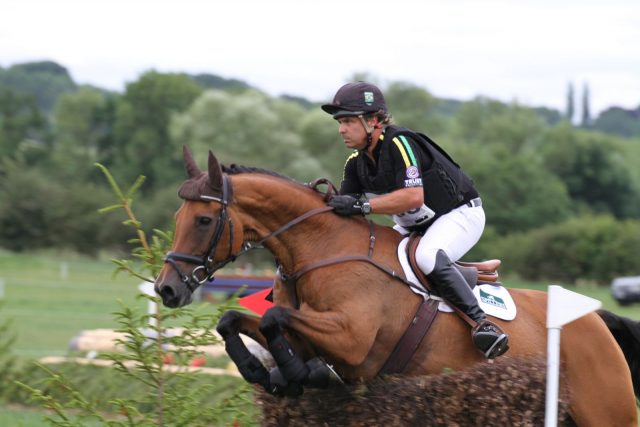 Ruy Fonseca: “Well, it has mostly been positive for me. I finished building some stables and have had more time at home and it is important to be around the people you love. The horses have benefitted as well, because it it is easier to be patient when you have the time to be patient! I have also learned to put less pressure on myself and that there is more to life than competing. As for how eventing is run, I think that Covid-19 has resulted in new ideas about how to organise our sport and that can only be a good thing.”

You can view complete event results from Aston-Le-Walls here.