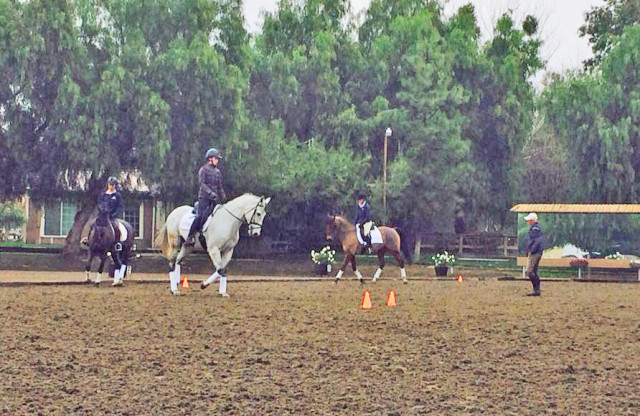 There’s been quite a bit of negative chatter lately about the USEF’s Eventing 25 and Eventing 18 programs. If you follow Denny Emerson’s Tamarack Hill Farm Facebook page, you’ve already gotten a good sense of the criticism that’s been stirring on social media. If you haven’t seen Denny’s comments, here’s a particularly scathing remark that sums up the argument:

“These age based programs that everyone is so snowed by (18 and under, under 25) and the various training opportunities offered in those specific age ranges, they all IGNORE the reality that there are superb riders in the 26 to ‘whatever’ age range who have not had the coaching or the direction, or the public relations push, or horses provided — all that and more.

“What about them? What’s so damn magical about a specific age? So a rider is 29, 32, 35, or older, not on any list, but has talent and drive and latent winning ability. Does that rider fall between some arbitrary cracks? Is that rider written off because he/she doesn’t fit a nice pigeon hole age range that sounds good on paper?

“Who thought up these things? Seriously? The age should be secondary — way, way secondary — to the latent talent.”

Whether you agree with Denny or not, we thought it valuable to get a better understanding of why the Developing Rider programs are a big part of David O’Connor’s initiatives for Team USA, as well as what options are available to the over 25 crowd. Having overseen Eventing 25/18 for the last two years, David will now officially hand the reins over to new Developing Rider Coach Leslie Law while still working closely with him.

The Eventing 25/18 programs are designed to create a “pipeline” to senior teams, a model followed by leading national federations in Europe and a concept Leslie spoke about in depth in this interview with EN last month. And why is that so important, not just for any national federation, but specifically for Team USA?

“In England, you can get onto a Pony team and go to an international competition where you’re competing against eight or nine other countries. Then you can do the same thing at the Junior and Young Rider level. By the time you’re a Senior rider, you could have ridden on three different types of teams competing against other countries,” David said.

“We don’t have that in the U.S. The North American Junior & Young Rider Championships are a good thing, but it’s still within the U.S. and Canada; it’s a place we know. I would love to take that to another level.”

The Pony, Junior and Young Rider levels in Europe are a huge part of developing riders in countries that will one day go on to compete against us at the Worlds, Olympics and Nations Cup events. Just look at the entry list for last year’s 2014 European Junior Eventing Championships at Bishop Burton: 146 combinations from 14 different countries.

Since the U.S. doesn’t have access to that type and level of competition for our young riders, it’s imperative to combat that by giving them the training and tools they need to one day aim for Senior teams. With Leslie as Developing Coach, David hopes to create a team environment and mindset in our young riders so they can get a sense of what it’s like to compete together under enormous pressure when they graduate to the senior ranks.

“Success is getting those riders onto Senior teams. There are one or two hot shots coming off this program that will ride on Senior teams. And we already have people being alternates, like Meghan O’Donoghue and Lauren Kieffer,” David said. “They were all part of the Under 25 program in the last couple years. It’s already shown success; success isn’t just riding on Senior teams, but it’s the ability to win when they get there.”

And let’s remember that both David and Leslie had the advantage of access to training and mentoring from key riders at a young age. David was talent spotted by Jack Le Goff, while Leslie — who has long served as living proof that riders need not come from wealthy backgrounds to be successful — had access to riders like William Steinkraus as a teenager. They both went on to win individual gold at the 2000 and 2004 Olympic Games, respectively.

It’s talent spotting and cultivation of that talent that makes programs like these so important and gives riders a leg up for the future, as William Micklem stressed in our recent interview on how Team USA can get back on the podium.

A Place for the Over 25 Crowd

So where does that leave the over 25 crowd? What about riders who want to aim for Senior teams but are only just getting to the point of being competitive at the highest levels in their late 20s, 30s or even 40s? All the criticism of the Eventing 25 and 18 programs seem to ignore the fact that the High Performance training lists cater to riders of all ages.

The selectors also began inviting an additional group of riders to train with David, starting with the 2014 winter/spring training list. Riders like Matt Brown, Maya Black, Colleen Rutledge, Sydney Conley Elliot and Kurt Martin have been invited to the High Performance training sessions as a result, and Matt, Maya and Kurt have now graduated to the 2015 National list.

In that way, the High Performance program is actually designed to be inclusive of riders who have proven themselves to be consistently competitive, rather than exclusive. And while this most recent release of the training list is more tailored with this year’s Pan American Games and the 2016 Olympic Games in mind, a new quarterly review process for updating the lists gives the selectors even more chances to talent spot riders.

“I’m at a lot of competitions; I’m always watching,” David said. “There’s a couple of people that are there because they got talent spotted — someone like Kurt Martin and Ariel Grald. These are the people who got talent spotted and put on a list because we believe they’re the type of people who can make future teams. They’re over 25, and they’re in the game. For me, that’s who the future is.”

“Since we’re not that big of a sport, I don’t think we’re going to be missing anybody. People are getting seen. After that, you can get onto the High Performance lists. There are people between the ages of 25 on into their early 30s who are getting talent spotted onto the National lists. You earn your way on by being competitive and being a stand out. When we talk about High Performance, we’re talking about people who want it.”

To riders who want to one day make Senior teams, all hope is not lost just because you’re over the age of 25. Set your sights on the High Performance National list or being invited to train with David. Be consistently competitive. Make yourself hard to miss. The selectors are looking for riders like you.