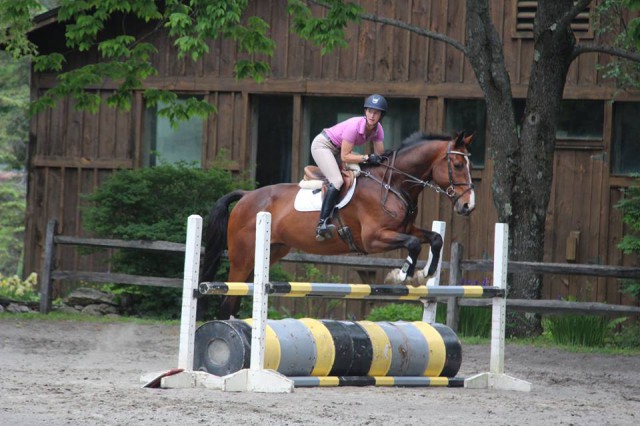 In 2010 I remember interviewing for my first “real person” job. I met with a Publisher in a small coffee shop in NH where we discussed everything publishing and everything that I had been doing with my life up until that point, i.e. shoveling horse manure, riding horses and studying for exams. The interview went quite well, considering I left the café several hours later with a brand new job.

Before I left I recall the interviewer asking to read one of my essays from college. I knew about the essay requirement beforehand, therefore I carefully selected one of my best pieces of writing.

After about twenty minutes of excruciating silence, the interviewer set my essay down on the table and gave me a confounded look. He said, ‘do you think this is one of your best pieces of writing?’ I ignorantly and regrettably answered with the following: ‘I do, and my Professor gave me an “A.”’

The second those words stumbled out of my mouth, I instantly prayed that I could rewind time. My future boss strongly suggested that I rewrite the essay before starting my new job. So that’s exactly what I did.

This might sound incredibly cliché and dramatic, but coming to ride at Tamarack Hill Farm has been life changing. I arrived at Denny and May’s farm as pathetic as they come. I was stubborn, ignorant and had very few redeeming qualities when it came to riding a horse.

During my first month at Tamarack I thought maybe the only thing I could actually handle was trail riding. I mean, how hard is it to take a horse out for a hack, am I right?

The first two years were brutal, yet I kept coming back for more. I would argue that the first twenty four months were equivalent to boot camp. I got yelled at on a regular basis. I got laughed at. I got made fun of. I got the full initiation treatment. It was all in good fun and I would not change my experience for anything, but I have to admit, those were some tough years while I attempted to turn my engrained bad habits into actual solid basics.

Fast forward a few more years and I feel like I am actually starting to learn how to ride. I would almost dare to say I am a good rider. I would never say that I am a great rider because that would mean that I have learned, practiced, and finessed everything there is to be learned, practiced and finessed. That simply is not true and I cannot imagine a point in my riding career when that statement would become reality.

The thing about being a decent rider, or a good rider, or an above average rider, is that being good is simply not good enough here at Tamarack Hill Farm. And why should it be? If we are striving for perfection and we are setting our sights high, why should we settle for mediocre or average?

If you are happy with your abilities as a rider and you are content in life, then kudos to you! I, on the other hand am seeking greatness. I am constantly trying to become a better rider. I am so unbelievably eager to learn more and soak in as much as I possibly can, especially from someone as hardworking and as accomplished as Denny Emerson.

I cannot tell you the number of jump and flat lessons where I came to an ending point thinking to myself, wow, what a great ride….I think I am FINALLY figuring all this stuff out, only to hear from my trainers that I still really need to work on A, D, J, P, T, and Y.

Sometimes this ending point can leave me incredibly frustrated and confused, and other times I simply accept those skills I need to fine tune. Again, being pushed hard on a weekly basis can be trying and exhausting, but this is my life and these are my decisions.

Nobody tells me to ride and compete and train every day. This was a personal choice. It was also a personal decision to strive for greatness, therefore I need to expect more from myself and push myself harder if I have any hopes of ever reaching my full potential.