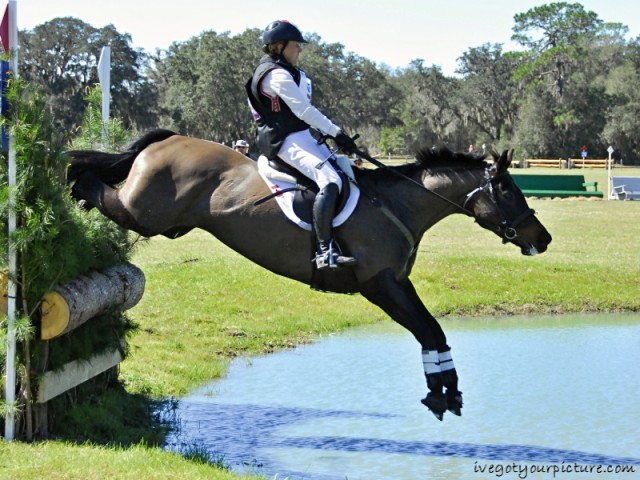 Jessica Phoenix and A Little Romance at Rocking Horse. Photo by Ivegotyourpicture.com.

The frangible pins at 8A on the Rocking Horse Advanced course received a good workout this past weekend as horses jumped over the first element before bouncing into the water complex at 8B. Our good friend Thehorsepesterer said there was some confusion at the water complex — even amongst the Advanced riders — as to whether penalties should have been assessed for breaking the pin, so the chinchillas set out to do some investigative research. Here’s one of the incidents in question: 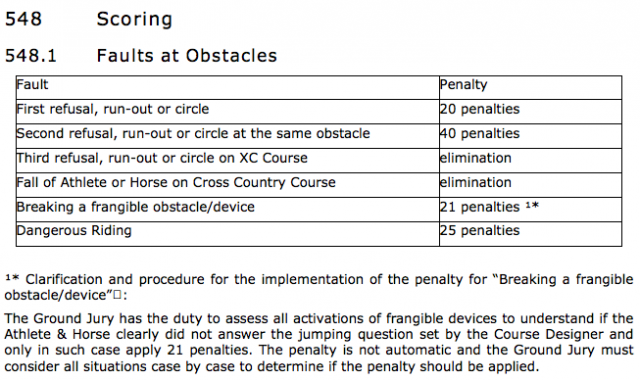 Note the all-important clarification that the 21 penalties for breaking a frangible pin are not assessed automatically; rather, the Ground Jury must determine whether or not the horse and rider properly answered the question when navigating the obstacle. If the Ground Jury believes horse and rider did properly answer the question despite breaking the pin, penalties are unlikely to be assessed.

So what about at national horse trials like Rocking Horse? The USEF rulebook only mentions frangible pins in regards to when and how this technology should be used in competitions. Since the incident in question happened at Rocking Horse, I called in the big guns to get some clarification.

Malcolm Hook, who currently chairs the Rules sub-committee of the USEF Eventing Committee and chaired the Technical Committee at the time the decisions regarding frangible pins were made, was kind enough to explain: “Twice over the past several years, the Eventing Technical Committee has addressed the FEI rule providing for a 21 point penalty for activating (or breaking) a frangible device. For various reasons, the committee has made a decision not to include this rule in the National rules for Eventing.

“Although EV101.3.a allows Officials to refer to the FEI rules for “…circumstances not specifically covered in these rules…,” they are not at liberty to apply the FEI rule regarding broken frangibles because the USEF rules provide a list of penalties for various things that may happen during a cross-country round. In other words, the circumstances are covered in the National rules.

“In the specific instance that you provide, the broken frangible pin did not cause the refusal. Rather, it prevented, in likelihood, the horse from falling. Had the first element not been equipped with a frangible pin, then it is almost certain that A Little Romance would have fallen, if not between elements, then when it failed to recover from a bad jump and attempted to jump the second element.

“With regards to possible additional penalties for breaking the device, it is unnecessary, as the rider received 20 penalties for the refusal. Had the device been on a single obstacle e.g. an oxer in the open field, then the Ground Jury has the flexibility under our rules to penalize the rider 25 penalties for Dangerous Riding. So, at the moment, there seems to be no reason to adopt the FEI rule, as the USEF rules contain sufficient avenues for the Officials to act and penalize appropriately under a variety of circumstances,” Malcolm said.

Jennie Jamstrom and Cape Town also broke the frangible pin jumping into this same combination, but the horse did not refuse at the water. In this case, horse and rider both seemed to answer the jumping question well, as you can see in the video above, and we can look at the pin breaking as an example of the technology at work. If the horse had jumped poorly or dangerously over the first element — breaking the frangible pin before bouncing into the water — the Ground Jury would have the option to asses 25 penalties for Dangerous Riding, under Malcolm’s explanation.

Another interesting question Thehorsepesterer raised — and Malcolm addressed in his comments — is whether the frangible pin breaking prevented a rotational fall or caused a stop in the case of Jessica Phoenix and A Little Romance. Here’s a series of screenshots taken from the video: 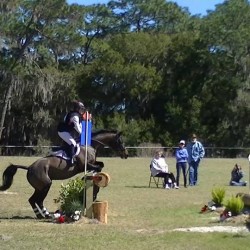 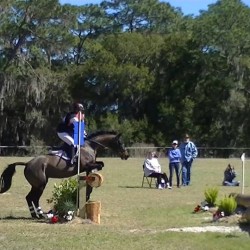 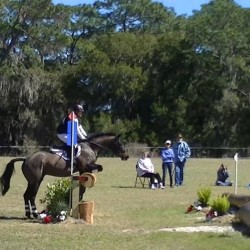 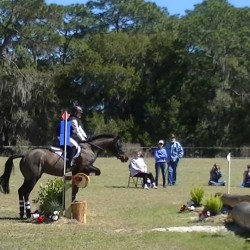 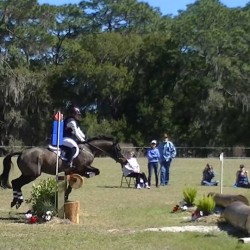 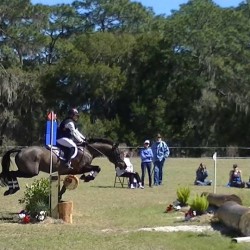 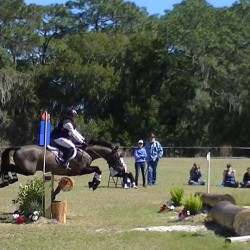 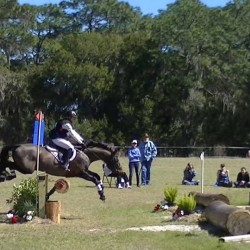 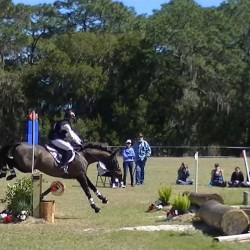 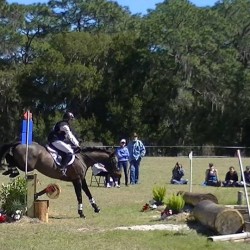 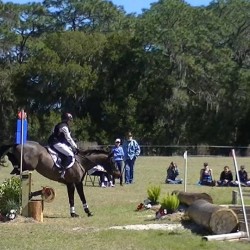 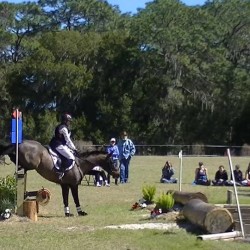 The answer could be both — the pin breaking could have prevented a rotational fall and distracted the horse enough that she stopped at the water. Of course, it’s open to debate. What do you think, EN? Regardless, we’re lucky to have this type of technology at work keeping us and our horses safe. Many thanks to Thehorsepesterer for providing the videos for this post and to Malcolm for his excellent clarification on frangible penalties.

Update: Here’s footage of all the Advanced horses going through the water complex in question courtesy of RNS Video. Thank you!