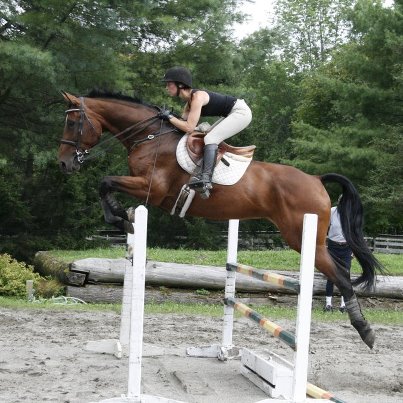 where it all began...Valonia, aka The Beast

Taking the plunge and deciding at some point in time that you are going to pursue the horse life opposed to following in the footsteps of so many fellow Americans as they lead “normal” existences, represents a massive undertaking on countless levels. Giving everything we have to this sport that we adore and to this life style that we cannot imagine otherwise devours us and eats us alive.

We are completely consumed and even if we want to think like “normal” people, we are programed and wired differently. Horses are our priorities and most of our time has to be spent with horses, riding horses, or thinking about horses, which is why when something major in your horse life comes to a crashing halt, or veers off in an undesirable direction, our life feels like a floor filled with shattered glass.

Approximately three weeks ago everything in my minute world seemed to come crashing down simultaneously. The horse I literally dreamt about and made immense goals for was telling me a different story.

No matter what I did, no matter how hard I tried, no matter how many hours I spent brewing over ways to figure this mare out, I realized this was the end of our journey together. After four years of attempting to make my mare Valonia into a real event horse, I realized and came to the unfortunate conclusion that this particular horse does not want to be an event horse.

The June GMHA horse trials was a tough event for me, as this was the straw that broke the camel’s back. After retiring at fence 7b, I knew this was the end. I was not upset because I retired on course.

I certainly was not upset because anyone told me to get rid of this mare. I was upset because while I was walking my horse back to the trailer I knew we had to part ways. I knew that deep down I wanted to be an event rider, and I knew deep down that this horse wanted to stay in the ring where familiarity acts as a safety blanket.

Valonia means the world to me and I never have connected with a horse like I did with this mare. She has taught me more than I can articulate and she made me a better rider. She made me problem solve and she made me become a more sensitive rider who is more in tuned with my horse’s needs.

I wanted so badly for this horse to be “the one,” but unfortunately it was not in the cards for us. I tried as long as I could, and I gave her a fair shot. I have no interest in convincing or coercing this horse into the eventing life. I want to focus on what she can do, rather than what she cannot do. Therefore, at some point, we will be parting ways. 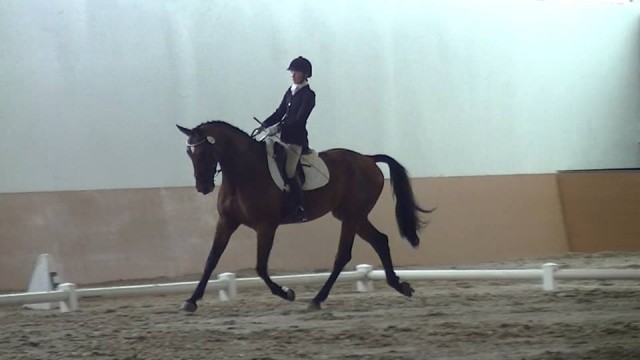 Several days after several melt downs and feeling like the lowest layer of dirt imaginable, I found out that I was offered an amazing horse to lease for the summer. I was astounded and blown away by such generosity and the timing could not have been more perfect.

Not only was I speechless, but this particular horse I had grown up watching and admiring from a distance, never once thinking I would ever get the opportunity to ride such an outstanding horse.

Quite honestly, after having my horse quit at countless jumps on cross country, I wasn’t feeling like the most confident rider in the world, but then my luck, in an instant, began to change. Looking forward to and becoming excited about a new ride has shifted my perspective from being sad and depressed to thinking in a more positive way.

Instead of feeling like this is the end of all ends, I am trying to look at my time with Valonia as a valuable and cherished experience that nobody can take away from me. I don’t want to get stuck in the past, but I don’t want to forget the past. Im ready to move forward.

Like I said, this sport is tough and draining at times. Not allowing your emotions to sneak up seems almost unavoidable. I’ve spent several years with this horse, and developed a natural relationship over time, and I would be lying if I said I was not heartbroken at the mere thought of letting my horse go, but I know it’s the right decision for both of us.

I’m ready and excited for someone else to enjoy her as much as I have.  I know everything there is to know about this horse. I know what body parts are off limits. I know where her favorite scratching zones are. I know when she wants to play games. I know if I look at her a certain way, she won’t be caught. I know she knows my voice. I know she trusts me and that I trust her.

I know that we are friends and saying goodbye to a friend is difficult to say the least. I will never consider my time with this horse wasted, and I have never once taken her for granted. I want to use the skills and qualities she gave me and grew with them.