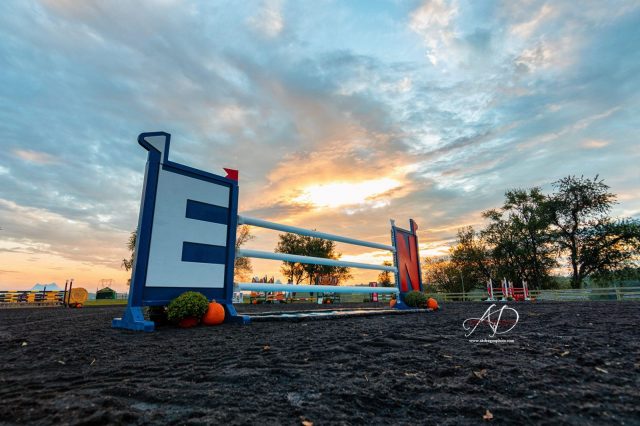 Eventing Nation was started 11 years ago in a barn aisle with the idea that the eventing community is unlike any other. Full of our quirks and rough edges, we come together in barns all across the country, united by love of horses and our crazy sport, to form groups that care for each other through thick and thin. Wouldn’t it be cool if there was a place that encouraged that community to flourish and spread across the country, North America, and the world?

The challenge of relationships and community is that, if you want them to be real, you will have to step into moments of tough conversation and conflict. EN has consistently been willing to move into places of tough conversation well before others because we believe that our community can be real, not just easy. The harder the issue, the more difficult and the more important this first step becomes.

Everyone should be free to hold any particular belief about a word. And I want to say that I personally see each side of the discussion about the word that is causing so much debate this week. But the challenge now facing our sport is not about one word. Frankly, it’s not just about diversity. The question we now face is how will we as a community respond to deep, painful, genuine conflict? Who and what principles will guide us?

The only three actions taken by the editorial team at EN were 1) privately raise the name issue through what we believed were the proper channels, 2) make a commitment to use an alternative name in our coverage on EN, and 3) publish an editorial explaining our perspective after the decisions had been made to not allow us to cover the event and to cancel the event moving forward. I cannot be clear enough that we never made any threats to any person or organization.

The possibility of losing a terrific event is an incredibly tough blow to our sport. It is an outcome that we never desired and never expected. One of the mistakes we made was failing to recognize how deeply the political divisions have primed each of us to turn healthy conflict into bitter strife. We are like mountain climbers crossing a snowfield — seeing fields of white snow all around us while massive chasms wait just beneath the surface for one wrong step to bring disaster.

Day in day out, I only hold our editorial team to one standard: did you do what you thought was right for the sport? But there’s an implied second question — did you do it in what you thought was the right way? I honestly believe that, in pursuing a private conversation through proper channels, we were trying to not only stand up for what we thought was right, but do so in a way that upheld our values of seeking understanding and unity. We only went public after the situation had, to our dismay, exploded. It remains to be seen what the long-term cost to EN will be. But the editorial team lived up to their mandate in a way that makes me incredibly proud to be their leader.

This background is important not to defend ourselves but to provide context for the choices in front of all of us. The positive changes that I genuinely believe almost all of us seek are only possible if we first figure out how to address conflict while staying united as a community. A great number of us must radically put aside our frustrations and anger and come together to have tough conversations rather than rapidly escalating into anger and attacks. The great paradox is that conversation is not enough. We must care for our principles enough that they make a difference and simultaneously care for each other enough that unity thrives amidst change.

Like any sport, eventing is largely controlled by a few key people. We can’t control how those folks will respond, but we can control how we will respond. And so, with a sense of humility that is easily achieved amidst the bumpiness of this week, I submit a few principles that we at EN are committed to:

1) Seek first to understand. We should have asked more questions before advocating for our position.
2) Assume positive intent. I can see how people felt attacked by our request. We should have done an even better job of emphasizing that we were advocating for a change to a name rather than putting forth any perspective about history or people.
3) We don’t demand that everyone be as passionate about diversity as we are open to the critique that we pursue this issue with too much zeal.
4) Try to deal with issues privately and directly rather than publicly. One of the big questions in my mind is whether we would have handled this better by going directly to the event. It’s hard to say, but I think it’s a good general principle to avoid having someone else tell your story.
5) Stay away from flame wars on social media and in comment sections. Conflict only begets more conflict. Anger only begets more anger.
6) Do the right thing and applaud when others do the right thing. Stand up for what you believe in but keep an open heart and mind. Chinch isn’t afraid to speak his mind, and we love that about him, but it’s easy to put on blinders in these situations.
7) Recognize and value all of our sport’s myriad participants and stakeholders.
8) Be kind. If we want EN to be a safe and welcoming space for all, we must set that precedent through our own behavior.
9) Whatever our position or approach yesterday, it can change right now, at this very moment, for the better.
10) Keep red on right, white on left, and insanity in the middle.

As the world changes, change is coming for our sport as well. This is neither the first nor last time we’re going to be faced with a difficult and divisive issue. But going forward we can choose to invest our energy in attacking the issue rather than one another.

It’s time to dismantle the fences that have gone up this week within and throughout our community. We’ll hope you’ll join us in beginning that process.

Now more than ever, Go Eventing.