Here at EN, we are very excited about a rising generation of young professionals who have the horsemanship, work ethic and talent to make it to the top of the sport. Michael Willham, an Ohio-based three-star eventer and USDF Bronze Medalist, is one such eventer who has consistently impressed us with his commitment to his horses’ well-being and conscientiousness about the training process. Today he shares a reflection on finding value in competitions where things don’t go according to plan. 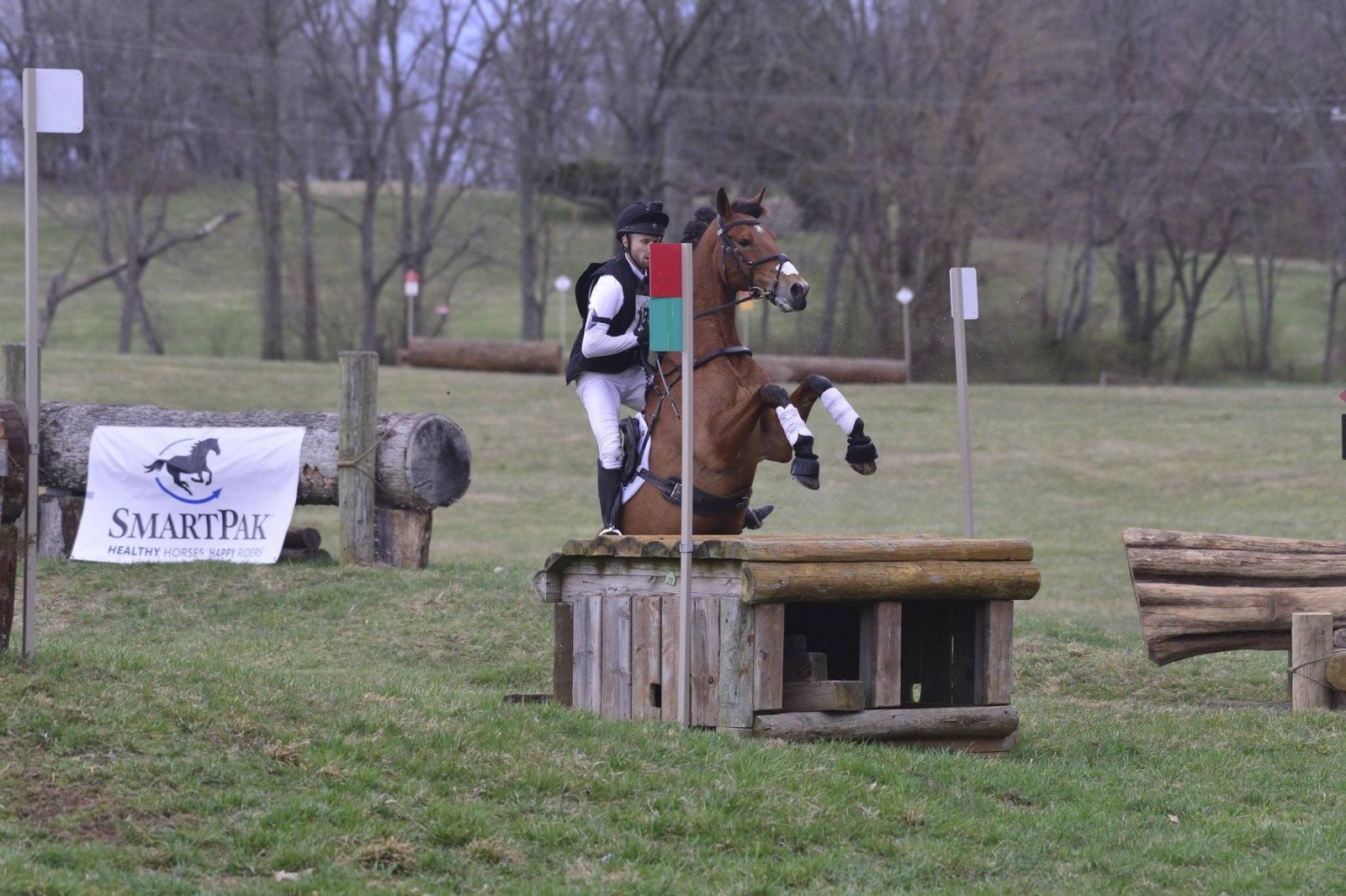 In this photo Michael and Fernhill Fugitive slid into the base of a jump coming out of the water as he was trying to push off. They made it safely to the other side (see sequence below) but, Michael notes, “That was not a pleasant feeling!” Photo by GRC Photo.

Such a loaded word. We all experience it. Yet we all feel ashamed of it. Hide it from others. In a world, sport, and discipline that demands “survival of the fittest”, we stow it away, attempting to never let it see the light of day.

Eventing is special, in my opinion. Out of all the disciplines, eventing is towards the top of disciplines where we view our competition mostly in terms of ourselves, not in terms of our relative place compared to others. In fact, we have such a friendly and helpful competitive environment that you’ll frequently hear competitors who have finished cross country giving some helpful advice regarding striding in combinations and things that were more difficult than they seemed on foot to those who are yet to go.

Yet we still doubt ourselves. “Am I doing the right thing?” “Should I drop down a level?” “Am I doing right by my horse?” “Why can’t I seem to get it all together like so-and-so?” It manifests itself every time we end the weekend with a number greater than 0 in the cross country jump penalty column, or even worse, a letter in that column.

I’ve certainly had my fair share of those weekends. For example, at a competition a few weeks ago when I was talking to someone that knows me from being around competitions for years, I laughed when they said that people were always questioning when I would move up because I always do so well and they don’t want me in their division.

I laughed because I haven’t finished in the 30’s with my Fernhill Cayenne horse since March of 2017, and not in the 20’s since 2016 when we were going Prelim.

In the past 3 1/2 show seasons since my first move up to Intermediate, I’ve finished with at least a 20 in the cross country jump penalty column seven times and with a letter another six times. 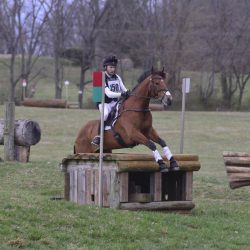 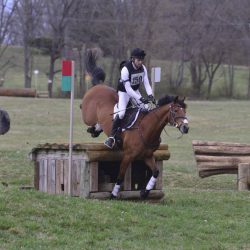 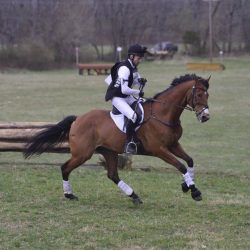 Additionally, it is too much to ask of him to go for time at Prelim or Intermediate, so the past three seasons I just go out to have fun, let him run at a speed he is comfortable with and don’t care if we come home a minute or more over the time. But that means time penalties in the high teens, 20’s and 30’s. Not exactly a competitive score to go for the win.

In the past, I’ve looked at my record on Cayenne and winced. And honestly, I still do sometimes. But I’ve also developed a deeper appreciation for all of those 20’s/40’s/R’s/RF’s/E’s. I can point to every single one of those on our record and tell you what happened, what mistake I made, and
what I learned. And for 99% of them, I can say that I haven’t repeated that mistake again. 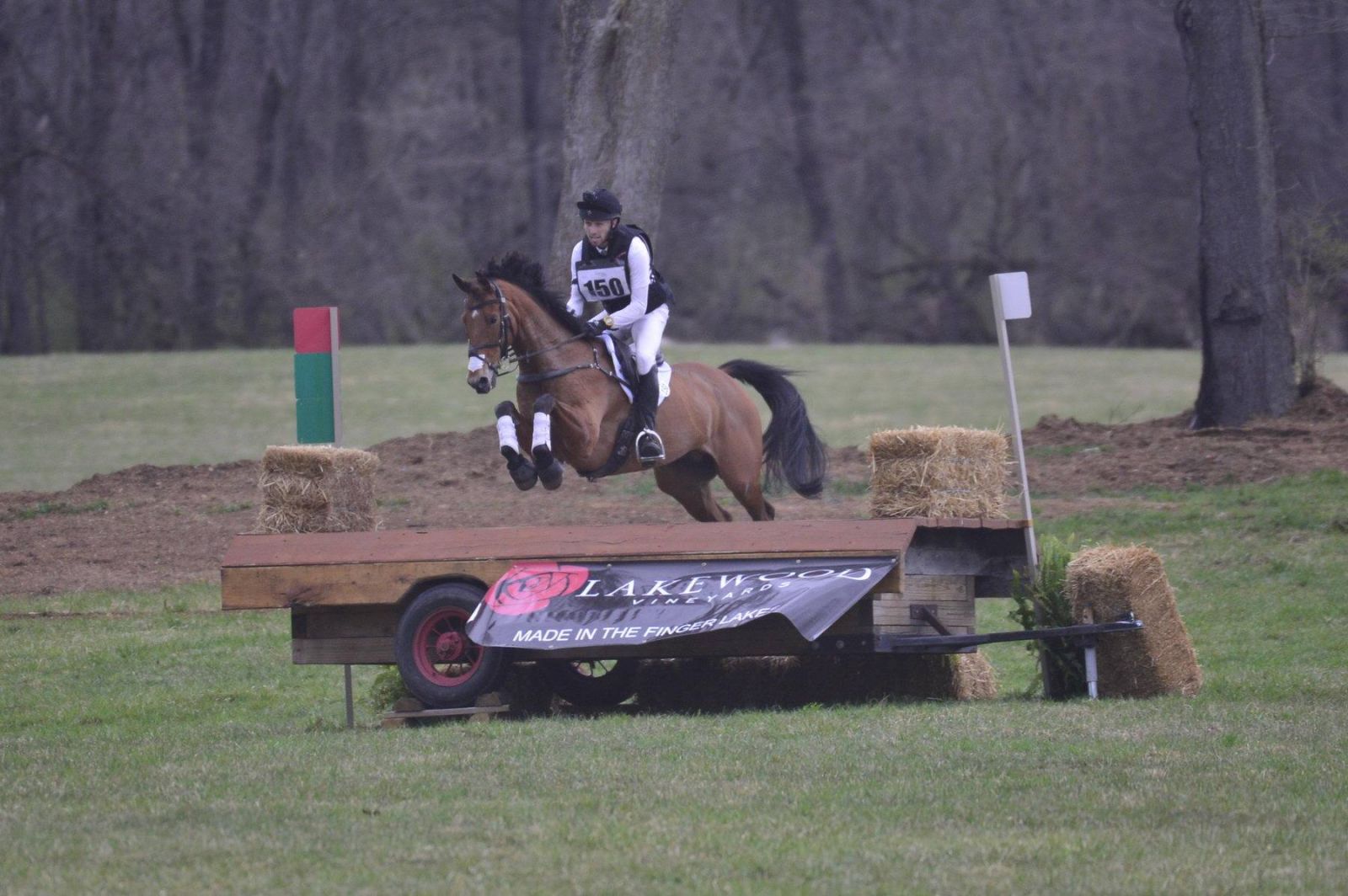 Not only did I take away all of these lessons to make me a better rider, but it also helped me realize that while there were things we could work on (and we did drop down to Prelim at some points), the issues weren’t “Intermediate level issues”, nor were they “unsafe/dangerous issues” that would be major cause for concern moving forward. They were a “confidence while in water” issue, they were a “landing downhill issue” (which was one we look back at and think the joint discomfort may have played a role), they were a “I just massively screwed up my ride to the jump and I should’ve done better issue.” (That last one I like to call an “I’m not a Phillip Dutton issue.”)

We can school cross country until we’re blue in the face, but it still isn’t the same as running around it at a competition. The atmosphere is electric, adrenaline is high. All it takes is one slip up. One bad stride, one honest mistake, one time of your horse being slightly not-confident in the jump, or one time of being slightly off your line that can make the difference between a 0 versus a different number/letter in the jump penalty column. We make mistakes all the time at home in our training (how many times have you had a perfect jump school at home?), but yet strive for perfection at competitions. But sometimes, perfection isn’t realistic. 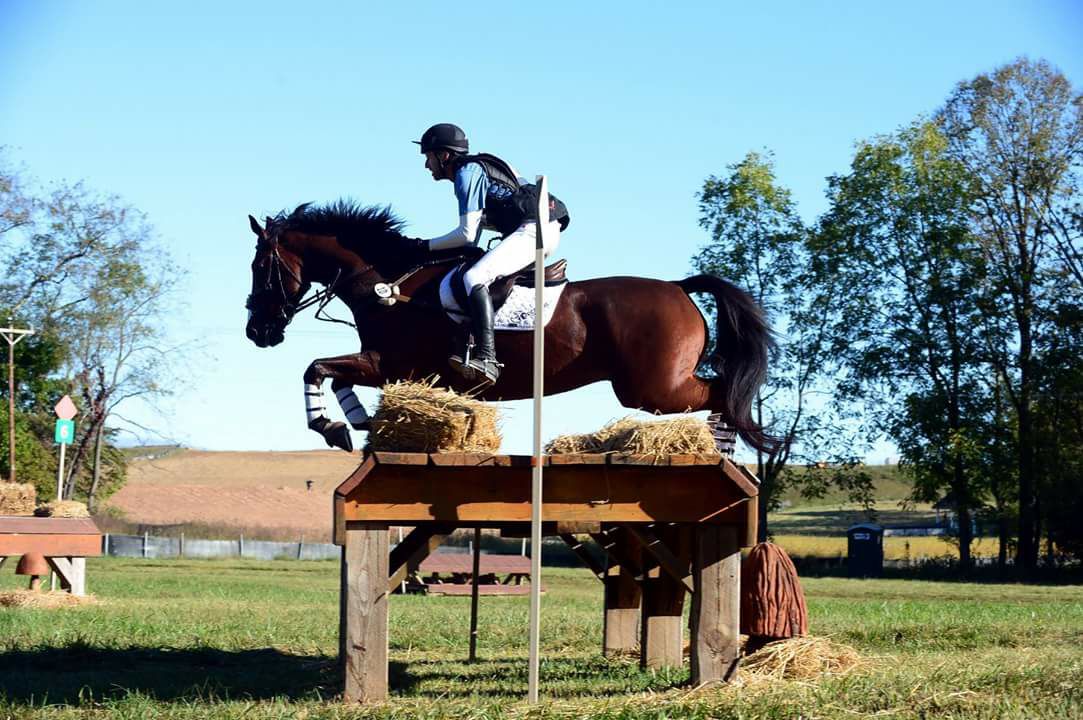 We just need to put our time into training at home, make our horse understand their job, know where their body is, and be fit enough for the sport. And we need jumps that are built to recognize that humans and horses are imperfect creatures. We can’t expect perfection for hundreds of riders, each over dozens of jumps at a competition. However, it is important to note that we still need to take into account the type of issue and decide with ourselves and the help of our trainers if it is an unsafe issue that necessitates taking a step back.

What matters is what you take away from it. You can choose to be upset and defeated and negative. Or you can acknowledge those feelings, yet turn around and say “Okay, this is what went wrong, and this is how I am going to prevent that from happening again.” It’s your decision.

Be able to point at each of those numbers and letters on your record and describe what went wrong and what you learned moving forward from there. Don’t be ashamed of those jump penalty numbers and letters; in fact, be proud of them. Each one of those is a battle scar that has ultimately contributed to your ability as a rider today.