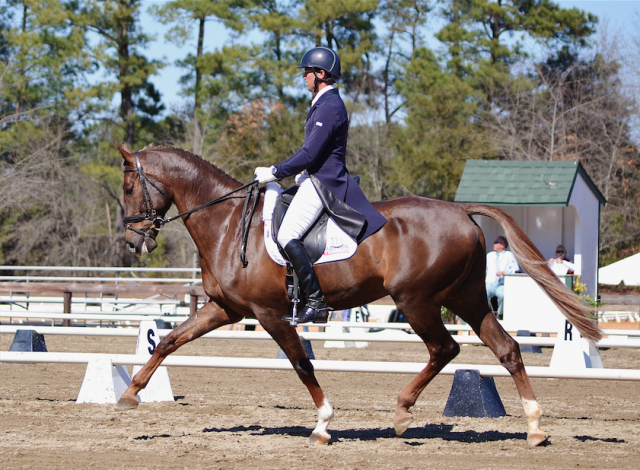 Will Coleman and Conair came closest to catching early morning leaders Jan Byyny and Inmidair as one of the last riders to go in the Carolina International CIC3* dressage, with Joey looking very impressive for a score of 42.0 for second place overnight. This horse just gets better and better, and Will really seems to have the partnership dialed in nicely. Michael and Ballingowan Pizazz will hold third place overnight on 42.3, with Doug Payne and Crown Talisman in fourth on 44.1, and Sharon White and Under Suspection and Allison Springer and Arthur in equal fifth place on 45.0. 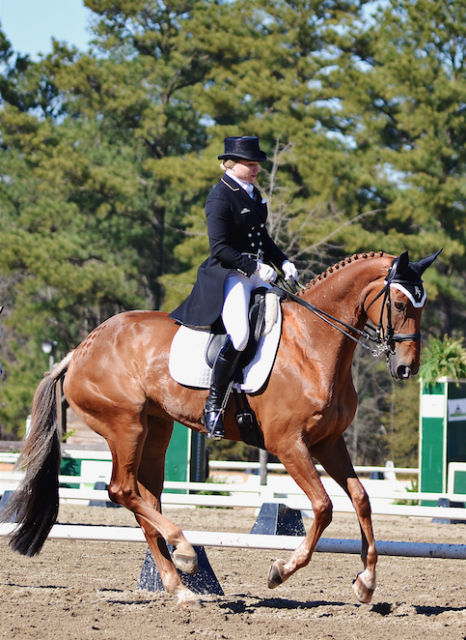 We saw three other riders crack the top 10 this afternoon, with Michael Pollard and Mensa leading the way on a score of 45.9 for seventh place. Mensa spooked badly at the judges box at C right after the first halt, which is a real bummer since it leaves a bad impression for the judges right off the bat. The fact they still scored so well despite that disobedience shows you just how nice the test was. Sally shot video of Michael and Mensa, and we’ll have that online for you later this afternoon. 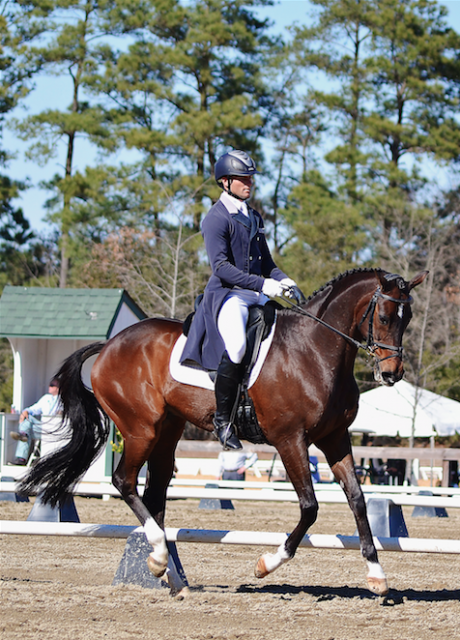 Marilyn Little and RF Demeter are sitting just behind in eighth place on a 46.2. Just back from spending the past year in Europe, this is Marilyn and Demi’s first event in the States, and they started their U.S. tour off right with a very nice test today. I can’t say enough about how much Demi has blossomed in the last year. She always resembled a gazelle until Marilyn put her on EquiOtic, and she’s looked fantastic ever since. Their dressage is really starting to come together, and Demi — who can be a bit spooky — looked very focused and obedient today. 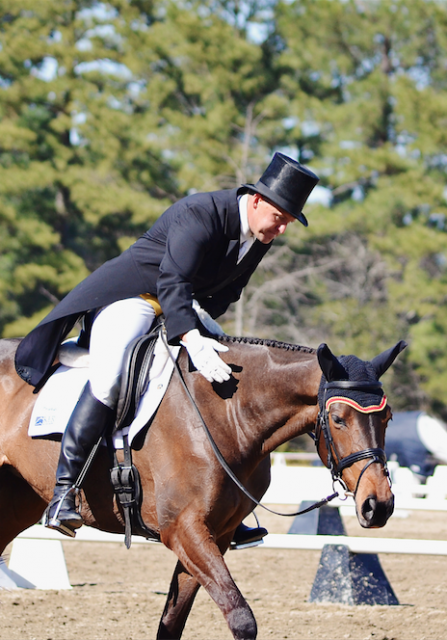 Buck Davidson and Petite Flower scored 47.4 for ninth place, and Flower really tried her heart, which is one of the really wonderful things about this mare. She’s so lovely on the flat and is quickly become one of my own personal favorites. Flower is still gaining experience at this level — and the cross country sometimes proves a challenge — but she’s poised to rise to the occasion and step up here this weekend. Flower is one of the five Buck has entered at Rolex, and I’m really hoping we’ll see her tackle her first four-star next month. 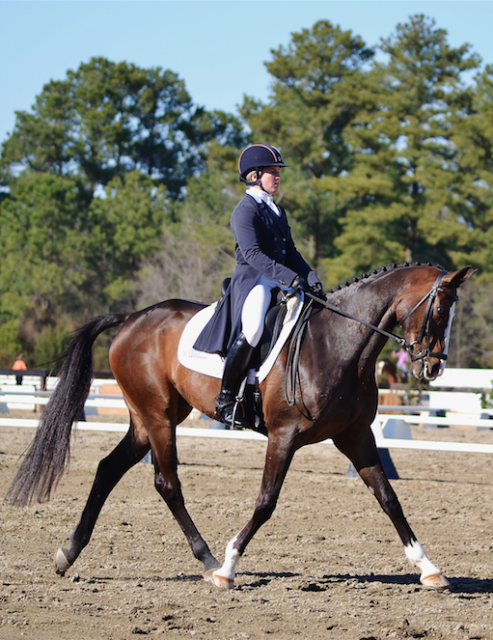 We had one mishap in the final group when Tracey Beinemann and Zara were eliminated after the mare lost it coming out of the reinback. The judge had to excuse her, though not before coming out to give her an encouraging chat. Chin up, Tracey! We’re waiting now for the press conference to start, and we’ll be bringing you the scoop on what Jan, Will and Michael have to say about their rides. We’ll also be hearing from the top three in the CIC2: Emily Beshear with Shame on the Moon, Elinor MacPhail with Rendezvous With Charley, and Leslie Law with Fernhill Whatever. Stay tuned for much more from Southern Pines. 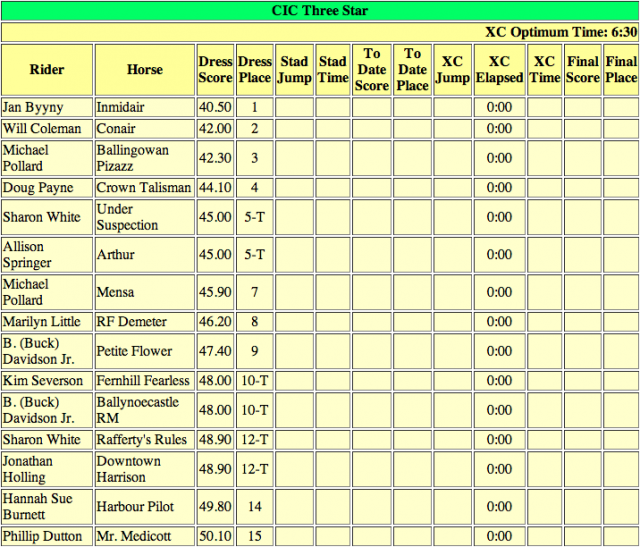