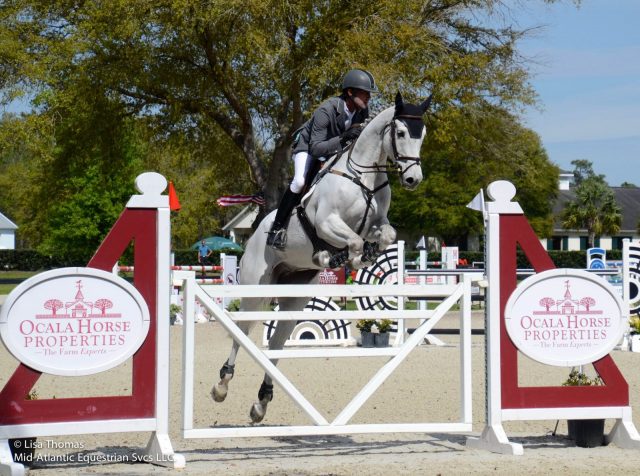 Will Coleman and Gideon. Photo by Lisa Thomas/Mid-Atlantic Equestrian Services.

Will Coleman and KBLB Event Horses’ Gideon set the bar right from the start in the $15,000 Ocala Horse Properties Eventing Prix Invitational at Southern Cross Equestrian, jumping a fast and clear round over Marc Donovan’s 1.30m course as the first pair in the order of go to secure a spot in the jump-off.

Will and Gideon then turned and burned as the first to go in the jump-off, setting a blistering pace of 35.317 seconds that none of the other riders could ultimately catch and securing the win.

Gideon, a 10-year-old Dutch Warmblood/Irish Sport Horse (Aldato X Hesa Cruella, by Cruising), competed to the CCI2* level, finishing ninth at Fair Hill International in 2016, but Will felt the horse didn’t want to be an eventer. He last competed in eventing at Red Hills in 2017, where he won the Open Intermediate division.

“He just didn’t really love eventing, and he wasn’t the most natural galloper,” Will said. “We decided after jumping him in some 1.30m and 1.35m classes that he might be better suited as a jumper. This is the first class I’ve done with him, and I think he’s enjoying it.”

“He’s a really fun horse to have in my barn. I have amazing owners, and they were fantastic about doing what we thought the horse wanted to do the most. He’ll go jump at HITS next week. I’m aiming to jump some 1.40m classes in the late spring and through the summer,” Will said.

“It’s great practice for me. We’re blessed to have the people in our camp that we do, and they understand the process.” 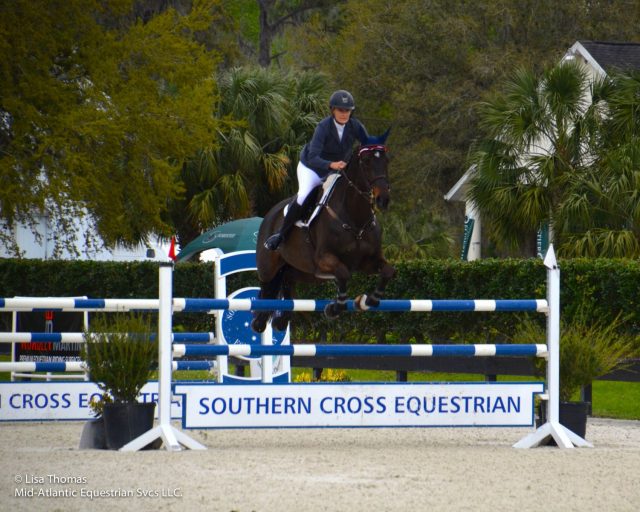 Sara Kozumplik Murphy, who won the Eventing Prix Invitational last year with Rubens D’Ysieux, subbed in Edy Rameika’s Delta Queen at the last minute to defend her crown and nearly pulled it off — crossing the jump-off timers 1.363 seconds too slow to settle for second place.

Sharon White and her own Cooley On Show skipped around the jump off in 39.163 seconds to finish in third place. Shanon Baker and her own Ballingowan Zeal delivered the only other clear round in the jump-off, with a time of 40.936 putting them in fourth place. 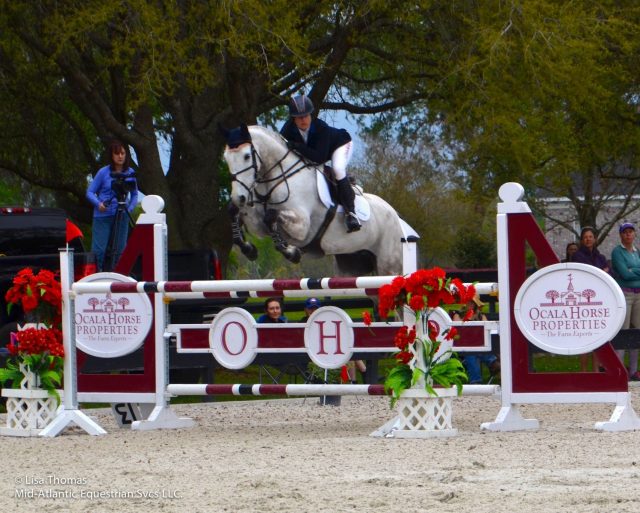 Eleven combinations in all jumped clear in the first round to return for the jump-off. Lauren Kieffer and D.A. Duras finished fourth with the last fence down and a time of 34.776 seconds. Jacob Fletcher and Atlantic Domino round out the top five with one rail down in a time of 35.418 seconds. Click here to view full individual results.

Team Unstable topped the team results once again, with Sara and Delta Queen’s speedy first round time of 74.840 securing the victory. Sharon and Cooley On Show also contributed to the team result, as did Bobby Meyerhoff and Dunlavin’s Token, and Joe Meyer and Catchascatchcan. 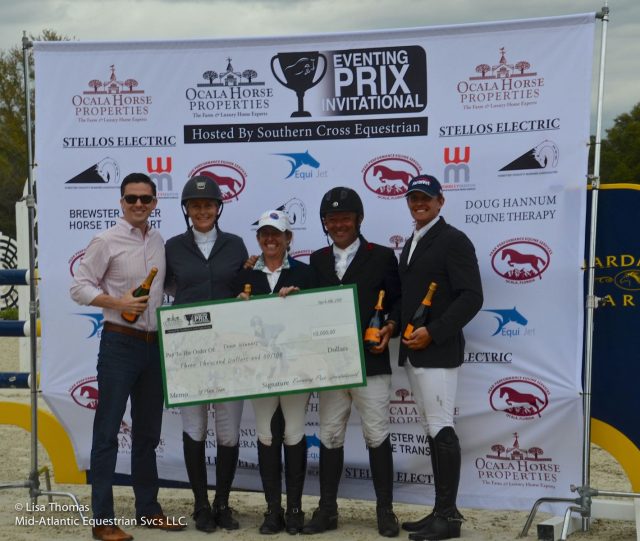 The Ginja Ninja team lead by winners Will Coleman and Gideon finished second in the team standings, with the Under 25 team finishing third. Click here to view final team standings.

We have to send a massive thank you to Scotty Keach and Max Corcoran for hosting what has become one of the highlights of the winter season in Ocala.

“We’re so grateful Scotty and Max take time out of their own schedules to let people come to the farm and jump the beautiful course in a high-level atmosphere,” Will said. “The entire eventing community owes them a huge debt of gratitude. The fact that Ocala Horse Properties puts a significant amount of prize money behind the event makes it that much more awesome.”

You can rewatch the live stream of the Eventing Prix Invitational at this link.