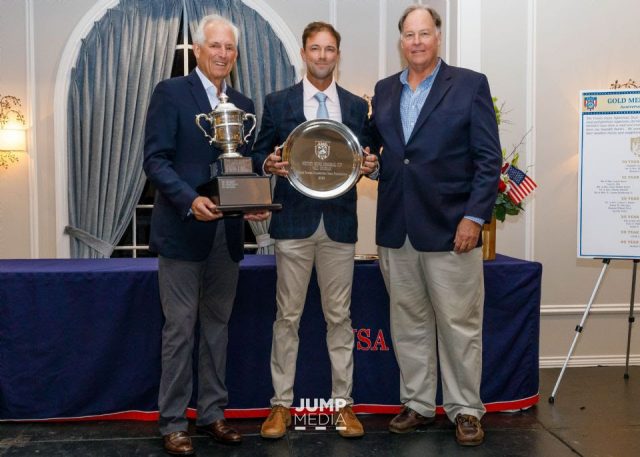 Eventing Olympian Will Coleman of Gordonsville, Virginia, was awarded the United States Equestrian Team (USET) Foundation’s Whitney Stone Cup for 2023 at a special ceremony held during the USET Foundation’s Gold Medal Club Reception on January 22, 2023, at The Wanderer’s Club in Wellington, FL.

The Whitney Stone Cup is awarded annually by the USET Foundation to an active competitor whose consistent excellence in international competition and whose standard for sportsmanlike conduct and contributions as an ambassador for the sport and for the USET Foundation exemplify the Team’s highest ideals and traditions.

“It’s a tremendous honor to receive the Whitney Stone Cup,” said Coleman, who was ranked fifth on the Fédération Équestre Internationale (FEI) World Eventing Athlete Rankings at the end of 2022. “The competitors that have received this award are and were some of the greatest horse people in the world — many of whom I’ve looked up to my entire life. Some of the people I most admire in our sport have won it, so to be that person and to be given this award is humbling. I’ve never thought of myself as being the type of person to receive this award, so it’s really gratifying.

“Success in eventing is often at the end of a very long and challenging road,” continued Coleman. “For every great experience and achievement, there are many disappointing and formative moments. You go through these ups and downs many times and at many different levels throughout your career. It is thanks to the support from organizations like the USET Foundation, and from your owners and sponsors, that you can continue to climb the ladder and reach your fullest potential. Hopefully that is at an event like CHIO Aachen or the FEI World Championships, but wherever you have success on an international level, the USET Foundation certainly helps you to get there.” 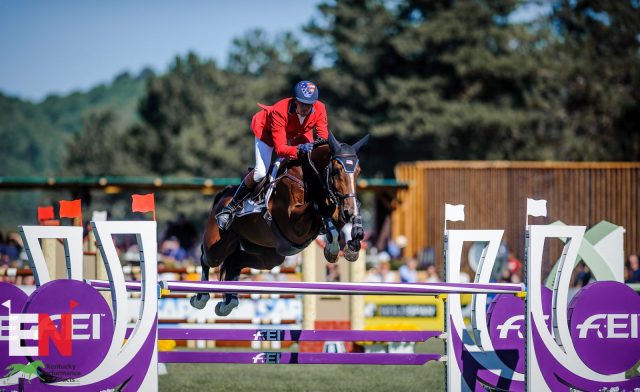 An athlete on the USEF High Performance Training List since the age of 18, Coleman has taken advantage of the opportunities presented to him in order to reach his greatest potential. He was a member of the U.S. eventing team at the 2012 Olympic Games in London, England, with Twizzel and at the 2018 FEI World Equestrian Games in Tryon, North Carolina, with Tight Lines.

In September of 2022, Coleman and Off The Record were part of the Land Rover U.S. Eventing Team that claimed the silver medal at the FEI Eventing World Championship held at Pratoni del Vivaro in Rome, Italy, and qualified the U.S. team for the 2024 Olympic Games in Paris, France.

Going forward, Coleman hopes to continue to successfully represent the U.S. on the international stage.

“We have another big year in front of us,” he stated. “The horses will hopefully head to the Land Rover Kentucky Three-Day Event; that is our first big goal of the year. If the opportunity is there, I’d always want to go to CHIO Aachen again. We also have the Pan American Games at the end of the year, and I have a couple of younger horses who might be in the running for selection for that championship.”

The Whitney Stone Cup, which was presented to the Team by the Officers and Directors of the USET Foundation, is given in honor of the late Whitney Stone. Stone served as President and Chairman of the Board of the USET and was instrumental in the creation of a civilian team when the Army retired from competitive horse sports after 1948.