Having spent a year attempting to channel William Fox-Pitt, I was pretty darn excited when I saw he was going to be teaching a clinic in Ocala. Unfortunately the timing was such that all my horses are on an end-of-season break, so watching and blogging are the best I could do. 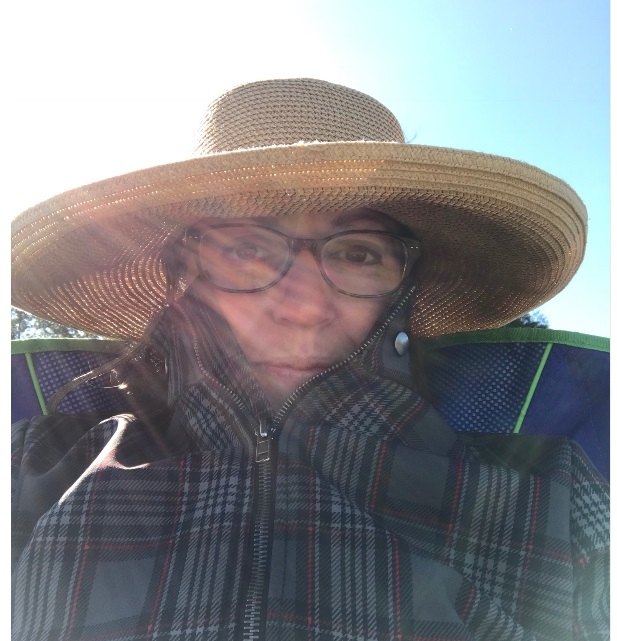 It was unusually cold for Ocala and I was woefully underdressed to sit by a dressage arena furiously taking notes.

The dressage lessons carried a common theme interspersed with fantastic comments such as, “I’m not good at changes either but I’ll take a look.” 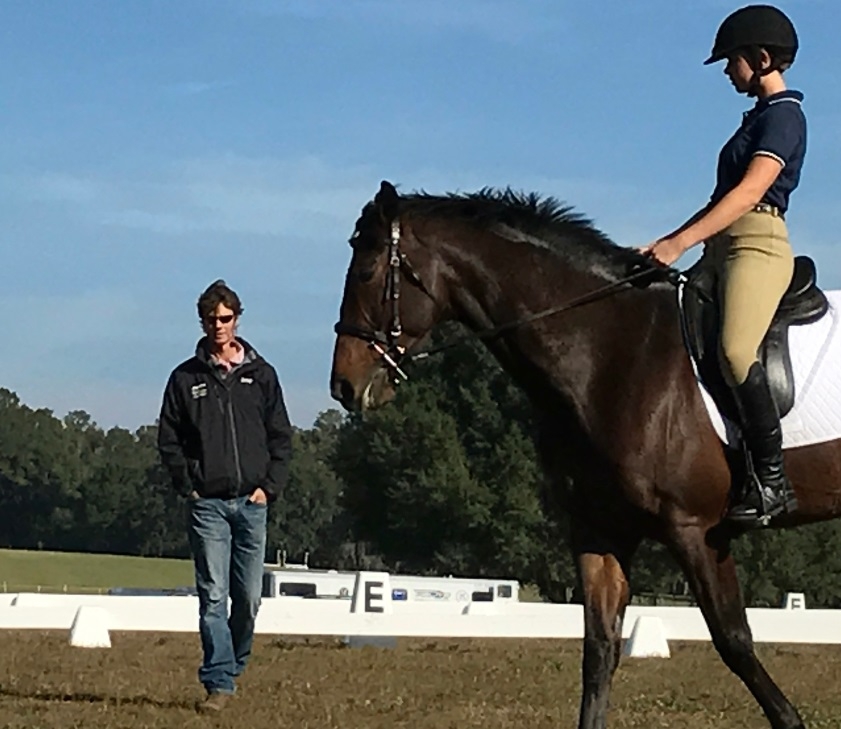 Did I mention connection? 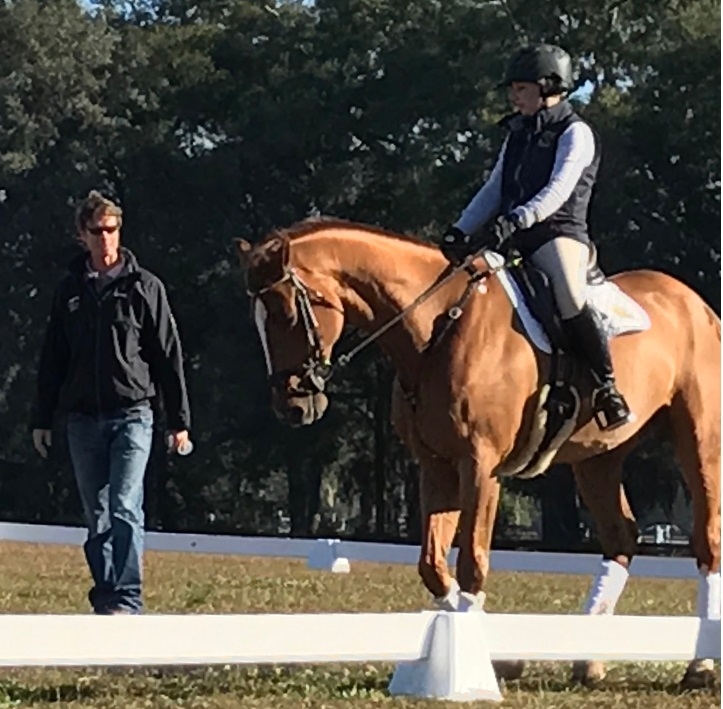 Here are a few takeaways I wrote down.

“You need a confident connection. The best horses are the ones that argue the least — you don’t see Michael Jung’s horses arguing on course.”

“The Golden Rule is connection, they have to be connected, forward and balanced. Do corners, straight lines, leg yields, don’t just do circles.”

“That’s what the winter is for: boring hard work.”

He said it creates a different feeling for the horse, that the most restrictive “blocked” position we can use is the “correct position” and flipping the reins over helps unlock the elbows and prevents riders from sticking their elbows out. He told one rider she needed to use that hand position at home for the next six months!

Essentially all of the dressage lessons focused on basics. Are you connected? Do you have a good feel down the reins? 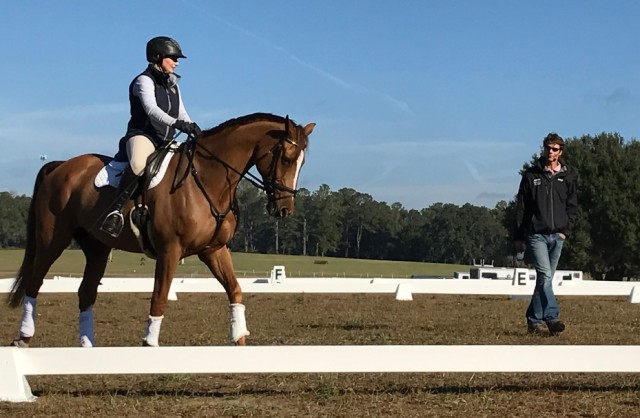 He described the feel you need as a solid handshake. This idea really struck home for me when he said, “Don’t have a wimpy handshake. You know what a bad feeling you get when someone gives you a creepy handshake so don’t give that icky feeling to your horse.”

More on the handshake feeling, “A weak feeling is trouble and a heavy feeling is hard to do anything out of so you need a confident connection.”

More basics. Will the horse bend? Can you go forward and back between gears? He said over and over that people tend to only ride in circles at home, and they need to do straight lines and corners, speed up and slow down.

He mentioned that the horse needs to stretch down from the breastplate area, not just behind the ears.

He had a few horses that were reluctant to bend and he walked with them and demonstrated how much they need to be able to bend.

He mentioned a few times that you can’t fiddle with the reins. “They have to be lighter off the leg to become lighter in the reins. Stop fiddling with your hands — you need to fiddle more with your leg.” “You can change the bend inside and then outside but don’t fiddle!”

The constant theme was connection and a few times he mentioned, “Yes, the horse is a little heavier than maybe you like but you have a nice confident connection so be grateful for that and work on the rest.”

When he touched on a specific movement his comments included, “Each movement has a beginning, a middle and an end. We tend to drift into and out of movements and they can’t have grey areas. You need to be definite. For example, when coming up the quarterline to start a lateral movement, finish the turn, get straight, then start the movement. It’s better to show the beginning and start a few steps late than to just drift into the movement out of the turn.”

He said you need to think about preparation, “make the turn, think am I ready? Then, here we go!”

A few more interesting notes: He doesn’t like loose ring bits. As his focus is connection, he said it’s harder to be connected with a loose ring because it’s “too wibbly wobbly of a feeling.” He told a couple riders, “I’m not a loose ring fan, and neither is your horse.”

He had several riders do a quarter walk pirouette, as he likes the quarter turn better than the half because it keeps their feet moving.

He commented about giving one horse a break before they go in the arena so they don’t go in with their neck aching.

Other themes: “Don’t be afraid to ask! He might not like it but you need to ask anyway.”

“They can’t go around like a plank, they have to be rideable.”

Of one horse he said, “because he doesn’t hurry you don’t think about the half halt, but it will help develop his strength so it should be part of his program.”

He was charming, funny and focused. I’ll say every lesson was thorough and he was particularly insightful as to each horse and rider’s strengths and weaknesses. And of course everything began and ended with a discussion about CONNECTION!

Thanks so much for sharing, Laura! Check out Laura’s blog, Tales from a Bad Eventer, and stay tuned for the second and third installations of her William Fox-Pitt clinic report, featuring the cross country and show jumping days.