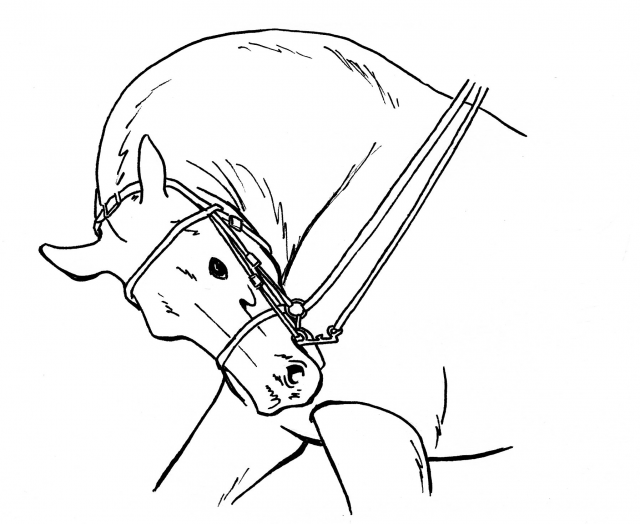 The recent social media outcry regarding a film of a U.S. rider struggling to do an international dressage test has implications for us all in the sport horse world. The outcry was in defense of the horse who had to suffer a rider who lacked the position and skills to ride at this level. But was it abuse? And should the judges and National Governing Body (NGB) have been the focus of the keyboard warriors rather than the rider?

We live in a new world where smartphones are ready to record the good and the bad of everything that happens in the horse world, but regrettably what usually goes viral is the bad. It will not be representative of horse sport as a whole but every horror video harms us all as negative perceptions are created in the minds of tens of thousands of people, many of whom could have been the sponsors and spectators we all seek.

Attitudes have changed. There was a time when millions of horses suffered terribly and gave their lives in the cause of war, a time when horses were an expendable beast of burden, and a time when strong ‘corporal’ punishment was normal in horse training, but these things are no longer acceptable, and there are now an army of people on Facebook who are ready to challenge our NGBs to take action regarding perceived abuse.

A 56-year-old Austrian show jumping rider has recently been banned for five years from riding or spectating and fined €5,000 by his NGB, having put up an appalling performance on his Irish bred horse at an international show in Germany last June. His round, crashing through fences and getting severely left behind before being eliminated, was viewed over one million times. There was general consensus that this constituted abuse of his horse but his severe punishment probably reflected the fact that the video had gone viral.

Similarly there is a rising tide of online condemnation in the dressage world of the practice of rollkur and hyperflexion, where a horse is allowed by the FEI to be ridden in the warm up arena with the nose almost between the forelegs for periods up to 10 minutes. There are only a minority of international competitors who use this technique, particularly in Holland, and the majority of dressage trainers and coaches consider this abuse. For example the British Horse Society and all the Fellows of the British Horse Society, including Chris Bartle and Ferdi Eilberg, have recently given their support to a move to get the FEI to ban this practice. However it was only when the films of rollkur hit the screens that the FEI began to consider action to control its use.

The horse has suffered for thousands of years by those who want a particular position of the horse’s head. Whether it was cavalry generals who wanted an impressive raised head carriage with their horse, combined with frothing at the mouth, or in carriage driving where a high head carriage was forced by an overhead check strap, as illustrated with poor Ginger in the Black Beauty story. Or the horse’s head being held constantly to the outside, as famously seen in Dr Zhivago with a troika (three driving horses in a line). Now we have the opposite lowering effect required with the widespread use of chambons and running reins, the latter even being used in international show jumping warm-up arenas and prize givings despite widespread negative comment.

In a different league of abuse is the physical abuse of the Tennessee Walking horses, with horses effectively wearing high heels and weights to produce an exaggerated action, often further encouraged by deliberately making the feet and pasterns sore with injections or blister. These practices are banned but still exist. Add to this the abuses and horse fatalities that have taken place in Dubai in the endurance world, with the FEI struggling to police the sport properly, and the whole picture of abuse in the sport horse world looks depressing and damaging for horse sports as a whole. As Jimmy Wofford said last year, “If we tolerate people who are willing to kill horses for sport, how is the world to know the difference between them and the rest of the horse loving community.”

However the the reality within the sport horse industry is very different. I have little doubt that the majority of sport horses and ponies are well treated and in most cases much loved, particularly in the pleasure riding world. While in the elite competition world the World Equestrian Games at Tryon this year will undoubtedly be an outstanding advertisement for the excellent stable management expertise in equine sports. The vast majority of horses will look magnificent and there will be many outstanding performances across all the disciplines.

This does not mean we should rest on our laurels. Humane treatment of horses is vital for the future of horse sports and all NGBs need to have structures to protect the horses and educate their members. Education is the name of the game and we need to continue to spread knowledge and seek better ways to train and manage horses. For example recent research in France has shown that dressage is often more stressful for a horse than show jumping, and there is also much to suggest that we need to keep our horses more naturally, allowing more space, more socialization and a more natural diet. Zoos have to do this or face closure and the horse world may well be more guilty of stable management abuse than riding abuse.

Rough riding and force should not be accepted, from Pony Club to International level. Instead we should give the biggest rewards to those who do things with quality and ease. The yank and spank or bad tempered brigades have to be stopped in their tracks, while cranked nosebands, low fitting dropped nosebands, nerve lines, pinch boots and other similar ‘training aids’ should be banned. However naming and shaming can be counter productive for the sport and it is up to each NGB to be proactive and come up with measures to ensure riders compete at a level appropriate to their expertise. This is where the use of EquiRatings in eventing has been such a success and without doubt there is a place for such objective use of statistics in all disciplines.

What should not be forgotten is that in all disciplines the most successful riders in the world are consistently showing that their humane training and stable management regimes are producing new levels of performance excellence. Carl Hester and Charlotte Dujardin in dressage; William Fox-Pitt, Michael Jung, Phillip Dutton, Tim Price and Gemma Tattersall in eventing; Peder Fredricson, McLain Ward, Lorenzo de Luca, Marcus Ehning, Kent Farrington, Beat Mändli and Meredith Michaels-Beerbaum in show jumping, and many others like them, are outstanding role models and without doubt the producers of happy, healthy, horses.

This is what we need to focus on, and then use social media to promote their inspiring achievements.

NEXT TIME: ABUSE IN THE SPORT HORSE WORLD – Part 2 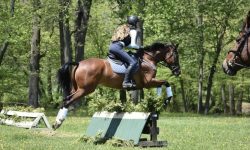 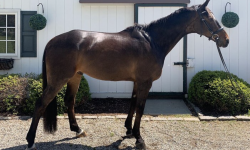 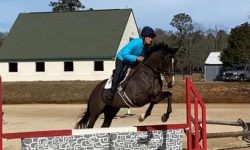