It’s not every day you get to pick William Micklem’s brain about breeding, bloodlines and his take on the state of U.S. eventing as a whole. We’ll be running a three-part series in which William addresses these topics and more. Many thanks to William for his time, and thanks for reading. 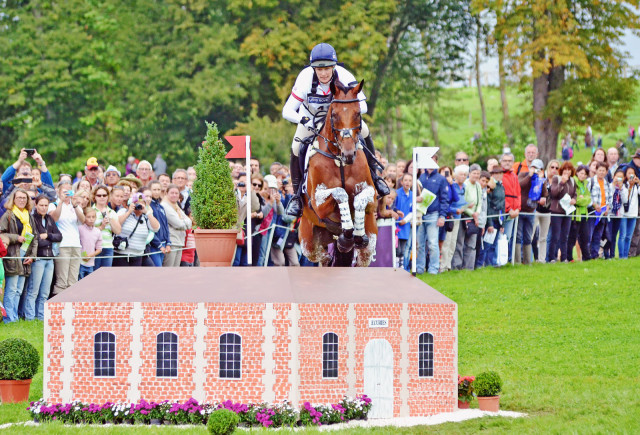 How does one breed the ideal upper-level eventer? It’s a quest William Micklem has been on for decades, dialing in a formula that has proven to be successful at the very highest levels of the sport, most notably with full brothers High Kingdom and Mandiba, both by the leading Irish stallion Master Imp and out of his mare High Dolly.

And now the success of that pairing is trickling down to the next generation in this family line through the stallion Jackaroo and mare Nuff Kisses, also full siblings to High Kingdom and Mandiba, and both of which now have offspring starting under saddle.

The 3-year-old filly by Jackaroo possesses the “same mold as High Kingdom with the same combination of courage and gentleness,” William said. If she’s as talented as High Kingdom, who now has both Olympics and World Equestrian Games team silver medals to his name, the future looks very bright for this family tree.

Indeed, it’s an exciting time as we wait for these babies to start competing, as we’ve yet to see the impact Jackaroo will have on event horse breeding around the world and here in the U.S. Frozen semen is now available at Shelbourne Farm in Oldwick, New Jersey.

So how and why did William stake his breeding program on these bloodlines? Let’s take a detailed look at his event horse family and all the influential names that can be traced through the generations. You can click each horse’s name for photos and detailed information.

“Genetically, Mandiba, High Kingdom, Nuff Kisses and Jackaroo could hardly be better bred as event horses, so it is not surprising that they jump, gallop and perform to a very high level and that Jackarooo is a very desirable stallion. They are 93.75% Thoroughbred and 6.25% Irish Draught,” William said.

All four of them are sired by the Thoroughbred stallion Master Imp, who currently leads the WBFSH Eventing Sire Rankings and has appeared in the top three of those rankings for the past 10 years. “Since I first saw Master Imp as a young horse, I loved him as a sire,” William said. “With three magnificent paces, a natural medium trot and an uphill balance, he certainly took the eye.” 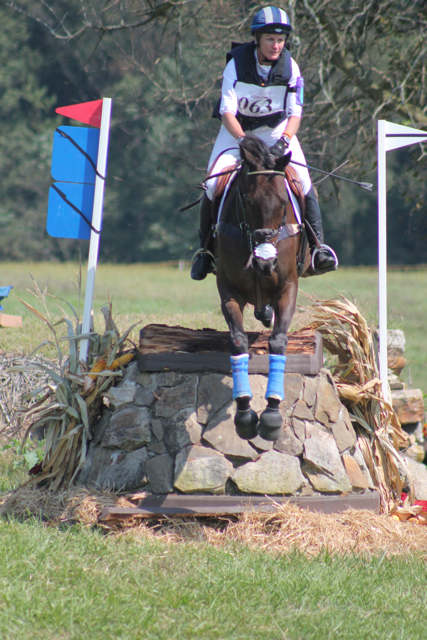 If Master Imp is important as the patriarch of William’s event horse family, then High Dolly’s role as the matriarch is equally critical. “High Dolly was 87.75% Thoroughbred and 12.5% Irish Draught, but had such a great gallop that she easily won four point to points,” William said.

On her dam side, High Dolly is out of a mare by the Thoroughbred stallion Prefairy, a legendary show jumping sire in Ireland, as well as a champion National Hunt sire in steeplechasing and hurdling.

“Prefairy was by the magnificent Precipitation, who was also the sire of Furioso, the great Thoroughbred god of the warmblood world,” William said. It’s also notable that both Abbervail Dream and Carling King had crosses to Precipitation.

Prefairy’s damsire Foxhunter and Furioso also feature close up in the breeding of none other than the Selle Francais stallion Cor de la Bryere, who needs no introduction for his contribution as an influential sire of champion sport horses.

In eventing alone, we can look to Cor de la Bryere impact through his son Cavalier Royale, who sired Clayton Frederick’s 2008 Olympics gold medalist mount Ben Along Time, as well as Mary King’s legendary mount Imperial Cavalier, who recorded six top-six placing in CCI4* events and won gold and silver team medals before his retirement from four-stars this year.

“The Irish Draught portion of High Dolly’s breeding is important,” William said. “The Irish Draught is a wonderful cross with the Thoroughbred, bringing in particular the brain and resilience that is sadly so often missing from the modern sport horse.” 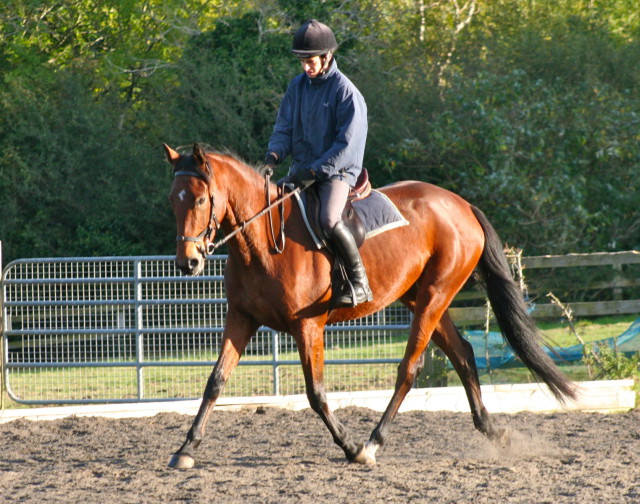 And now we delve into what William calls “the Imperius connection.” High Kingdom, Mandiba, Nuff Kisses and Jackaroo are also related to two of the top show jumping derby horses of all time in Nelson Pessoa’s partner Vivaldi and John Ledingham’s partner Kilbaha.

“Vivaldi was by Imperius, the sire of Master Imp, while Kilbaha’s sire, Tudor Rocket, is a half-brother of Imperius,” William said. “In addition, Kilbaha’s dam was out of a Rhett Butler mare, whose grandsire was by High Hat, the sire of Chair Lift — the sire of High Dolly.”

See how we just came full circle there? Imperius sired numerous other notable competitors, including Slyguff, who just missed winning a bronze medal at the 1984 Los Angeles Olympic Games. He’s also the damsire of Imperial Cavalier and the sire of Puissance, a successful stallion of both dressage and jumping horses.

And if you thought all that was enough to make a compelling case for why this family line has been so successful, William said it’s also important to examine the impact of horses like Hugh Lupus, Hethersett, Blakeney and Julio Mariner.

“I was just 10 when a very beautiful horse called Hethersett fell with several others horses in the English Derby. It was shocking and frightening for the horses, but Hethersett came back to win the final English classic, the St Leger.” William soon learned that Hethersett was by Hugh Lupus, the sire of Imperius.

“So when I first came to Ireland, I was intrigued to find that I lived just a few miles from the wonderfully athletic sire Imperius, who was making a name for himself as a show jumping sire and later on was to become even more famous as the sire of Master Imp.” 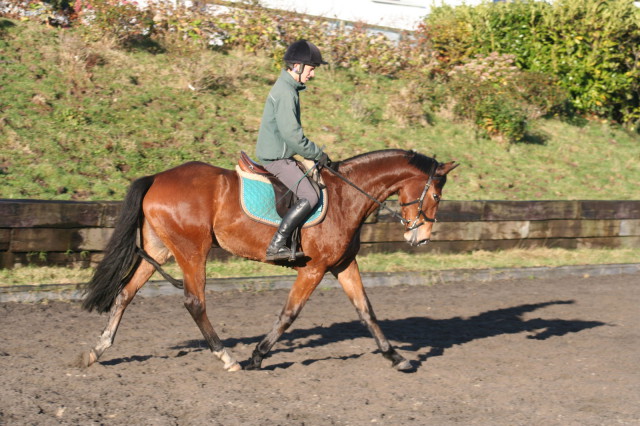 Julio Mariner is peppered throughout William’s event horse family through genetic connections to Hugh Lupus, Hyperion, Chanteur, Precipitation and Teddy, which sets us up nicely for the grand finale. This family tree also traces to the three foundation Thoroughbred sires: the Byerley Turk, the Darley Arabian and the Godolphin Barb, also known as the Godolphin Arabian.

“This is very rare and is a factor both in their genetic vigor and Jackaroo’s suitability as a breeding outcross in a Thoroughbred breeding world dominated by the Darley Arabian, with more than 95 percent of the Thoroughbred population descending from him,” William said.

Master Imp’s sire Imperious was sired by Hugh Lupus, who descended from the Byerly Turk sire line. Precipitation, the grandsire of High Dolly, is one of only two stallions that carried on the Matchem sire line, which is well known for excellent temperament and durability. And Matchem’s grandsire is the Godolphin Barb, while the Byerley Turk appears in his dam line.

Importance of the Thoroughbred

While William makes it clear that the Irish Draught breeding in his event horse family is important from a brain and resilience standpoint, the Thoroughbred influence is just as critical. “Growing up with a father who loved Thoroughbred racing and breeding, it was not surprising that I should also become aware of the great racehorses and great racing families,” William said.

“In racing, it is obvious that breeding from the best does produce the best, and that the mental qualities are as important as the physical qualities. The courage, character and forwardness of the best Thoroughbreds remain the biggest reason for using the Thoroughbred in any sport horse breeding program.”

As for William’s favorite Thoroughbred, Hyperion takes that honor, and his name regularly appears in the pedigrees of top sport horses. “He was a great Derby winner, a middle distance horse, and my research shows conclusively that the Thoroughbred lines in the vast majority of sport horses are middle and long distance horses rather than sprinting blood. It is also obvious that certain lines produce jumpers.”

So there you have it: William’s event horse breeding family can be traced back to the very foundation of the Thoroughbred breed, with influential Irish Draught bloodlines bringing “the brain and resilience” to the modern sport horse.

Stay tuned next week as we get William’s take on breeding in the U.S. having just served as a judge at the USEA’s Young Event Horse Championships on both the East and West coasts at Fair Hill and Galway Downs. And you can check out William’s website for much more on his breeding program.