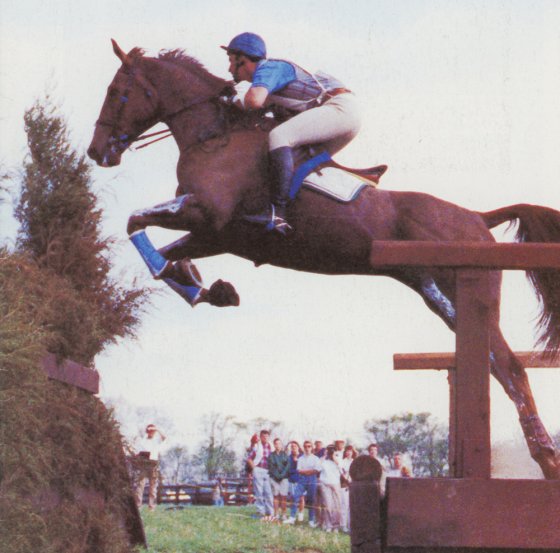 David O’Connor and Wilton Fair on the cover of USCTA News. Photo used with permission from USEA.

There is no time like the present to be a Developing Rider in the U.S, as the USEA, USEF and a number of devoted individuals are going above and beyond to support the future of the sport.

The USEA Foundation announced today the formation of the Wilton Fair Fund which provides $1,000,000 to support riders 29 and under who have not yet ridden for a senior team. Donated by David and Cheryl Lenaburg, the fund will allow up to $100,000 in educational grants to be given annually.

“This is an exciting time for the USEA Foundation,” said Kevin Baumgardner, the USEA Foundation Chairman. “Our mission has expanded significantly over the past several years, and we are now administering grant programs that make a difference in all areas of our sport. The Wilton Fair Fund is another big step forward for us. We cannot thank the Lenaburgs enough for their vision and generosity. We look forward to working with them for years to come.”

Wilton Fair was a 17.3-hand Irish wonder and is one of the USEA’s top 100 historical horses. The horse had already won the 1987 Burghley CCI4* with Sir Mark Todd when Mr. Lenaburg purchased “Wilbur” for David O’Connor to ride. Together they completed multiple CCI4* events around the world, won Rolex Kentucky in 1990 and represented the U.S. at the inaugural FEI World Championships in Stockholm the same year. They also won the 1993 Fair Hill CCI3* in some of the worst weather conditions that event has ever seen. Click here to read more about their incredible career together including the story behind the term ‘Wilbur Weather.’

“We believe that the developing side of the program is really important,” David O’Connor said. “You get caught because the senior riders can’t be riders forever, and then suddenly you’re in a hole. We’ve seen that happen. That’s the exciting part about the programs we’re coming up with. They’re really going to help with the ability for the U.S. to play for a long time.”

The first of the Wilton Fair grants will be awarded for the 2018 season. Click here for more information and a list of the types of educational opportunities that the funds may be used for.