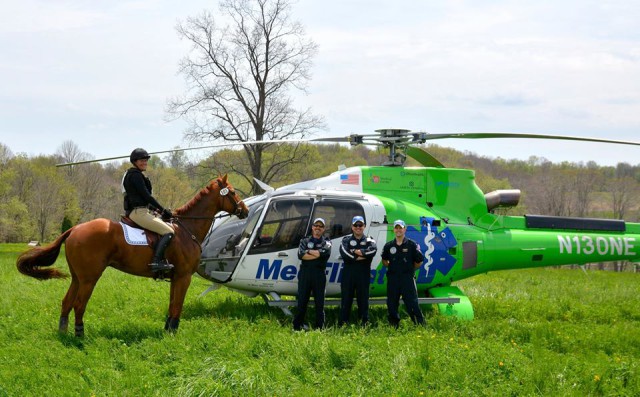 Julie McElhaney with her young CANTER prospect Scappare hang out with the chopper and crew. Photo from Jackie Smith.

While Badminton and Jersey Fresh were taking center stage this weekend, the Winona Horse Trials in northeast Ohio was taking safety just as seriously as the ‘big time’ events do.  In addition to the usual medical crew on grounds, a Med Flight helicopter was also on site.  Pilot Herman Valentine contacted Jackie Smith to get the idea off the ground.  He had attended the Mini Trials with his daughter and witnessed a few people falling and he thought that it might be a good idea to have a plan in place with Med Flight Ohio in case their services may be needed.  Sunday was a trial run with the local volunteer fire department and competition officials. Everything went without a hitch and many of the spectators and competitors, and at least one horse got to check out the helicopter.  Happily, the air flight services were not needed but  it’s nice to know that they were readily available.

Jackie reports that “local firemen were pretty excited about their practice run as helicopters dropping into a rural hay field is not exactly an every day occurrence around here!”

Many thanks and a round of applause to Jackie Smith for orchestrating another fantastic event and taking further steps in competitors’ safety. 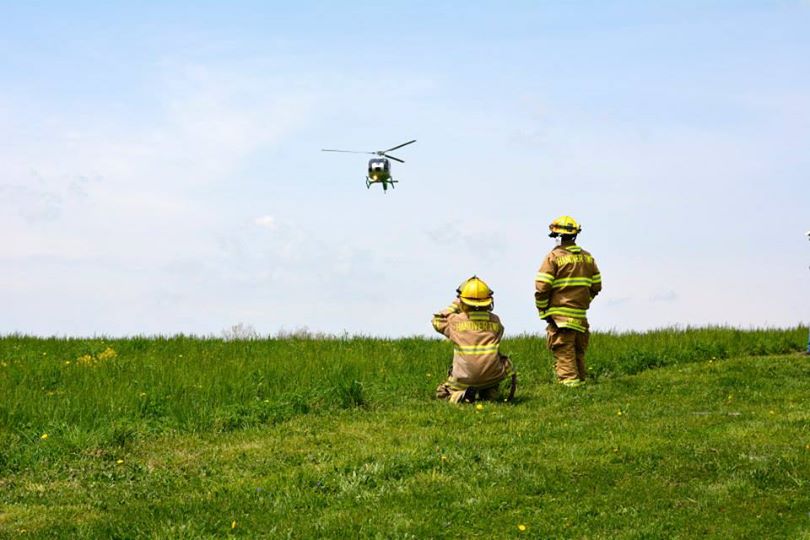 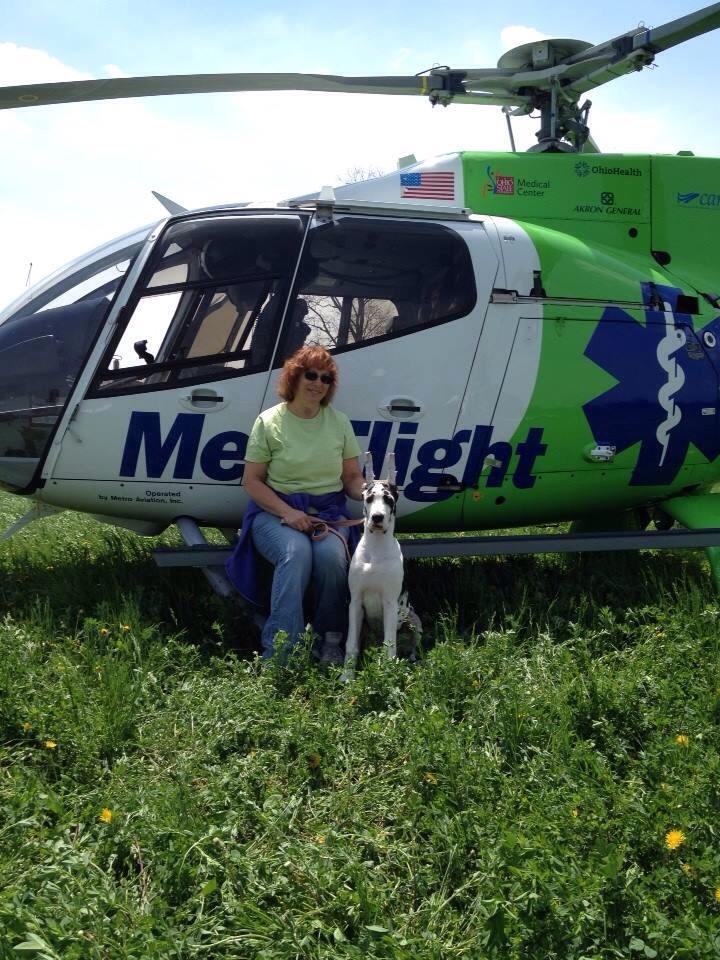