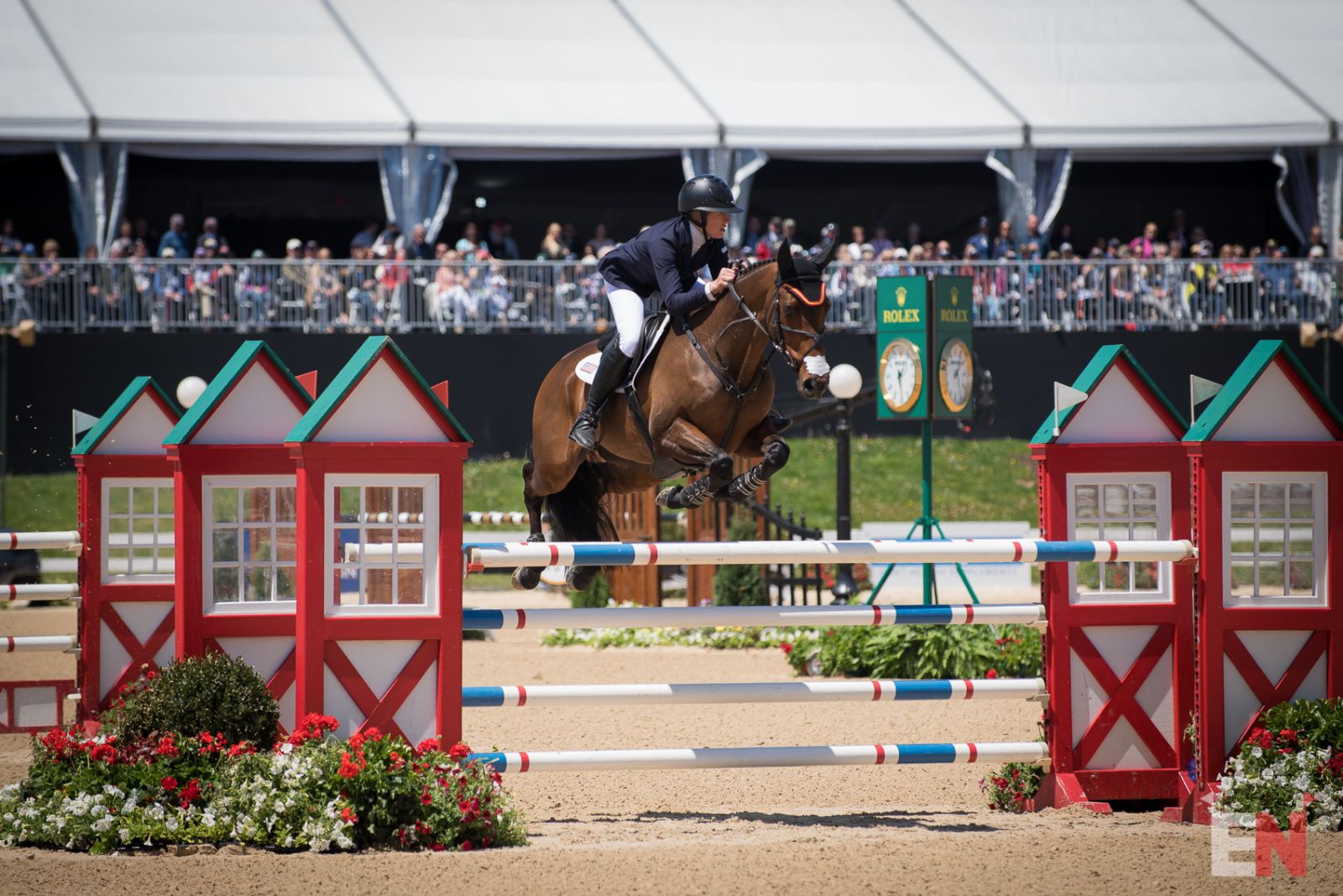 Woodge Fulton and Captain Jack at the 2018 Land Rover Kentucky Three-Day Event. Photo by Leslie Threlkeld.In December I was lucky enough to receive the Wilton Fair Fund Grant provided generously by Mr. David Lenaburg and using those funds, flew overseas. Since February my main man Captain Jack and I have been training with Dirk Schrade in Heidmühlen, Germany. I think Cappy and I settled in quite well, everyone has been very welcoming and accommodating. Dirk has a really cool program here with lots of horses, riders, and programs to learn from.

For me it was quite nerve wracking having to sit back and watch everyone’s videos of them cantering around down south while we waited to for the season to start over here, but eventually our time came! Captain’s first outing of the year was at Luhmühlen with a nice bop around the CCI3*-S course. It was by far the most relaxed FEI event I’ve ever attended, and the quality of horses that turned up was unbelievable.

From there we went to Strzegom where we competed in the CCI4*-S. This was a totally different vibe and not like anything we have at home. I’ve never been to Poland before, and the quality of roads as we drove there had me slightly questioning how the event would be but boy was I wrong. The arenas were lovely, the management was on point and the cross country course itself was one of the prettiest and well done I’ve ever seen. We had a great go which was made even better by everyone at home who watched, supported, and sent encouraging words. It’s definitely easy to feel lonely over here, and it’s easy to take for granted the camaraderie and friendship we all have for each other back at home, so thank you to everyone who is following and cheering us on this adventure.

The big goal for this spring has always been Badminton and at this moment I’m still on the waitlist. Little bit of a weird feeling preparing for the biggest event of your life that you’re not sure you’ll even get into, but luckily Cappy doesn’t know and isn’t stressed and is diligently working on his dressage. Five more spots to move up until we are in! Everyone please cross your fingers and toes in hopes Captain and I get to join Tamie and Jenny in representing the USA!