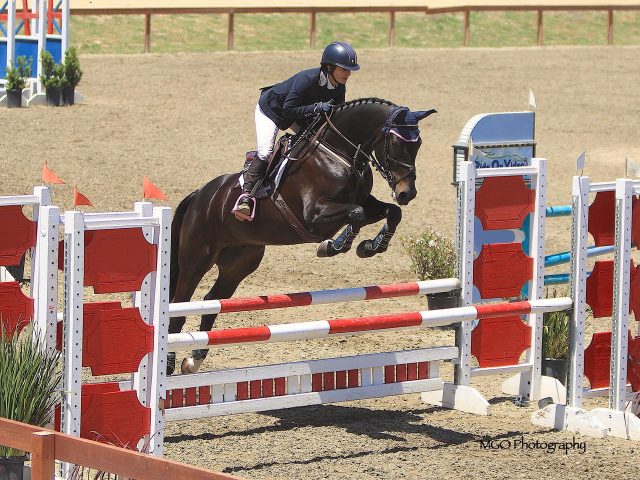 Newly minted Pan American Games team gold medalist Tamie Smith, Olympic silver medalist Gina Miles, and World Cup finalist Jennifer Macouzet-Wooten are among the equestrian stars bound for this weekend’s Summer Event at Woodside. But a different level of riders will dominate the spotlight thanks to tremendous response for the inaugural Modified Training Challenge, the centerpiece of the Aug. 9-11 competition at The Horse Park at Woodside.

A field of 40 is set to contest the innovative “M-Training Challenge,” designed to prepare and showcase horses and riders moving up from standard Training Level’s test of scope and skill in dressage, cross country and stadium jumping. Run to the standards identified in the USEF rulebook as the Modified-Training division, the M-Training Challenge adds difficulty across the board without requiring the full step up to Preliminary. M-Training Challenge dressage is currently underway, with the jumping phases to follow tomorrow.

The idea sprang from discussions between organizer Robert Kellerhouse and West Coast riders and owners. It is modeled on the super successful Preliminary Challenge, which for 11 years has showcased contenders at that level in a Saturday night dinner gala during the stadium jumping finale. The M-Training Challenge concludes with a ringside BBQ dinner Saturday night, too. (Purchase dinner tickets.) Top contenders vie for $2,500 in cash in both the horse and rider divisions and a new saddle that will go to the overall lowest scoring pair.

Entries are also strong for the rest of the Summer Event’s divisions:  Intro to Intermediate, plus Future Event Horse 2-Year-Old, 3-Year-Old and Yearling tests. 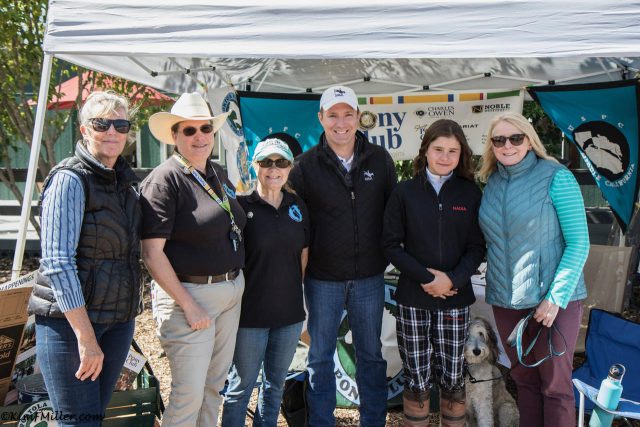 The Pony Club Celebration is another new Summer Event attraction. All participating United States Pony Club members will receive recognition on the online results and special first and second place Pony Club ribbons will be presented in Intro through Preliminary during each division’s winners ceremony.

“We really appreciate Robert Kellerhouse and the Horse Park at Woodside for all the things they’ve done for Pony Club,” notes Mid-Cal Pony Club Regional Supervisor Kathryn Schulz. “It’s really great to have other organizations recognize the value of Pony Club.” Outside of their special recognition in the program and winners circle, Pony Clubbers will likely be wearing their club’s pins and they are expected to turn out in force for Saturday night’s BBQ party.

Volunteers are needed and this is a great way to get involved and support the sport, as well as meet nice people. Woodside Eventing offers branded swag and credits toward future entries, and the United States Eventing Association’s Volunteer Incentive Program logs hours for year-end national recognition and prizes. Sign up here. The VIP program was guided by the late and much-missed Don Trotter of Sunsprite Warmbloods; many have already signed up to volunteer in his honor.

For more information, visit www.woodsideeventing.com. Tickets for the BBQ dinner can be purchased online now at tickets and in the show office.