Combined driving features three-phases of competition: dressage, marathon (like our cross country) and cones (like our show jumping). A driver may compete with a single horse or pony, two in hand or four in hand. As Pony Team USA makes their way to Germany for the 2017 Pony World Driving Championships, we’re thrilled to learn a bit more about eventing’s sister sport. 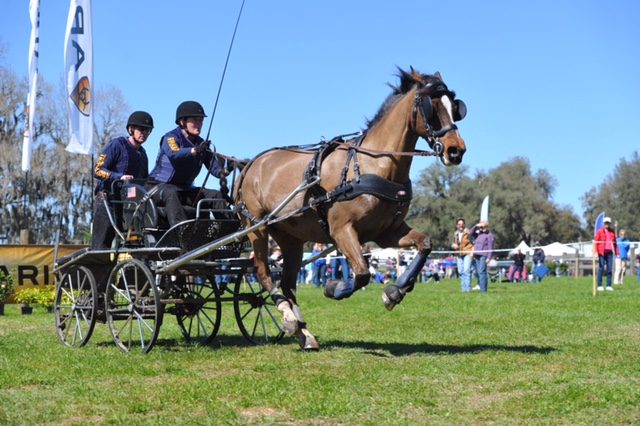 The 2017 Pony World Driving Championships will be held in Minden, Germany on August 15-20. Minden is located about 40 miles west of Hanover in northeastern North Rhine-Westphalia, and the venue is unique among combined driving locations. Designed solely with smaller equines in mind, Minden hosts ponies and only ponies. Organizer Christof Wiehe and his team have been hard at work–this year’s competition will offer three new obstacles including a new water complex. Current entries include over 93 competitors from 13 nations with seven nations in the team competition.

The first pony inspection takes place on Tuesday, August 15, followed by singles dressage on Wednesday, pairs dressage on Thursday and four in hand dressage on Friday. Marathon will be held on Saturday followed by cones as the grand finale on Sunday.

This year the U.S. is sending three individual competitors and they are deep in international experience.

Pony pairs driver Katie Whaley hails from Paris, Kentucky and is competing her own Tommy and Tanner, Welsh cross geldings, along with Barbara Sims’ Night Flyer, a section C Welsh gelding. This turnout has made steady improvement in all three phases, and with young driver Colten Parker on the back step Katie is hoping for a strong performance. She is the reigning U.S. Pony Pairs Champion and undefeated in competition this year.

This is Katie’s fourth appearance at a world championship, having previously participated in both pair and four-in-hand competition. Among Katie’s staunchest supporters is her 80-year-old mom Kate, who helps out with driving and barn chores. Kate is a competitor in her own right on the pleasure circuit.

Tracy Morgan, of Beallsville, Maryland, and her own Fuego 88, a 2001 German Riding Pony, are making their third consecutive appearance on the world stage. Tracy and Fuego were the sole American representatives in the 2015 championship and finished in 19th place with top ten dressage and cones scores. As a pairs competitor Tracy was a member of the bronze medal winning U.S. team in 2007.

This year Tracy and Fuego, with long time navigator Kenny Cox, have chalked up impressive wins at the CAI** at Palm Tree CDE in January and the CAI** at Live Oak this past March, earning her the title of U.S. Single Pony Champion.

Rounding out the U.S. contingent is Miranda Cadwell from Southern Pines, North Carolina. “Randy” and her own Cannon’s Majestic Leyla, a 2003 Welsh cross mare, have been together for about three years. They were on track to go to the 2015 Worlds when Randy was sidelined with breast cancer. A double mastectomy and a solid year of chemotherapy followed. Randy and Leyla have come back stronger than ever, their spring season culminating with a big win over top competitors at the Southern Pines CAN*** selection trials in April.

Randy is a marathon specialist, and she is the first American (and one of only two) ever to win the marathon at a world championship. With veteran Matt Harmon as her navigator she is a strong contender for top honors on the day. She won the individual gold medal for pony pairs in 2007, as well as being a member of the bronze medal team for the U.S.

Team Coach is Thorsten Zarembowicz from Viernhiem Germany and Chef d’ Equipe is Jennifer Matheson from Windsor, South Carolina.
Eventing Nation will have on site coverage of the Pony Worlds starting August 15th. Check out www.psg-gewe-minden.de and www.hoefnet.nl for the latest in information and scores.

For information on how you can help support Pony Team USA, please contact Danielle Aamodt, Director of Driving, [email protected] 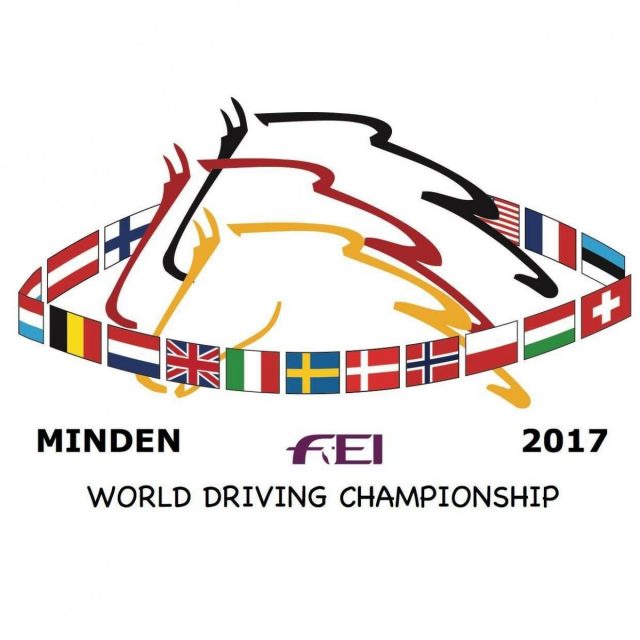