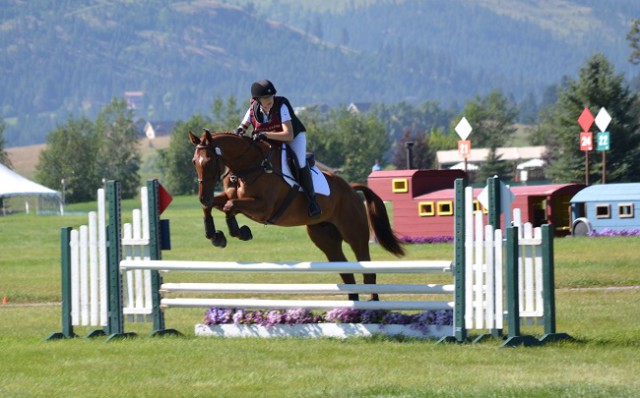 The youngsters came out to play on Wednesday at Rebecca Farm in Kalispell, Mont. Thirty-eight horses participated in this year’s Future Event Horse (FEH) and Young Event Horse (YEH) classes. 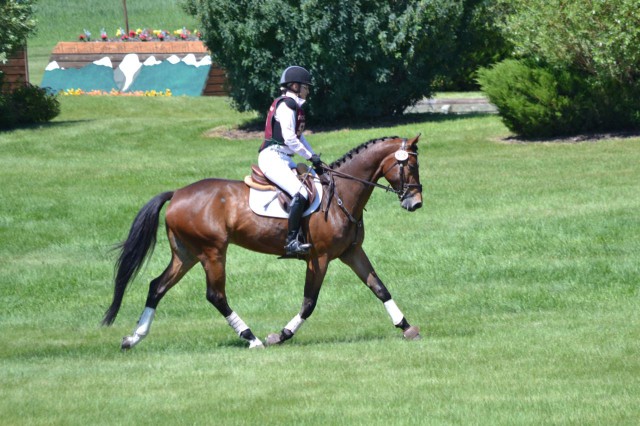 In the Five Year Old YEH class, the Hanoverian gelding Frankfurt, ridden and owned by Ruth Bley, took the top spot with a score of 80.7. Classic Twain DF and Jen McFall scored 77 for second, followed closely by last year’s winners of the Four Year Old YEH at Rebecca, Betawave and Robyn Fisher.

Overall scores in the YEH were awarded for conformation and type (15%), dressage (35%), and jumping (50%). The jumping test consisted of 10 questions: five white show jumps on slightly rolling terrain and five cross-country fences including water. The jump judges rewarded balanced, uphill horses who demonstrated willingness and the ability to jump out of stride. 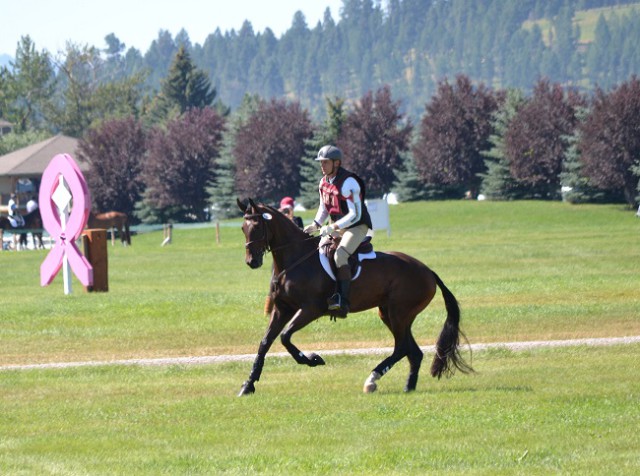 Ten horses competed in the Four Year Old YEH class. Axiom DF and Earl McFall won convincingly on a 79.7, Bold Canyon and Tricia Dahms were second with 77.9, and Shanghai DF and Meghan Lawrence were close behind with 77.5. The top four finishers all scored over 8 in the jumping section.

Five 3-year-olds took to the triangle to show their potential in the Future Event Horse Class under judge Karen Winn, who scored each on conformation, movement, type and general impression. Luxembourg, a 16.1-hand Holsteiner gelding owned by Jordan Linstedt and Emily Pickering, scored an impressive 81.7 to win. Luxembourg stood out not only for his athleticism, free movement and four white socks, but also for his excellent training and good ground manners. Super Nova and owner Kerry Grott took second with 77, and Once Upon a Mystery shown by Carmen Mesgengen took third with 74.3. 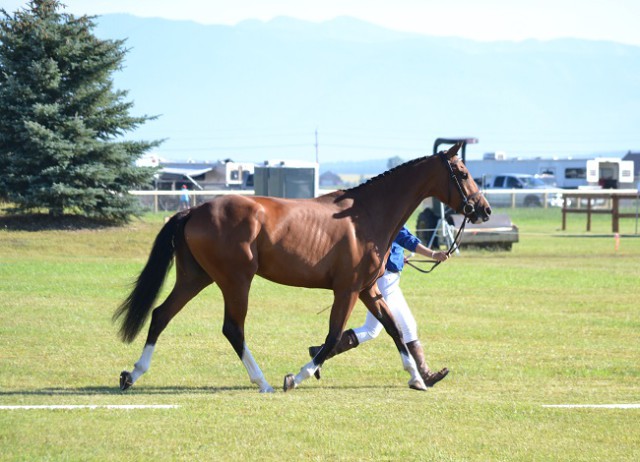 The Event at Rebecca Farm continues through Sunday with divisions from Novice to CIC3*. 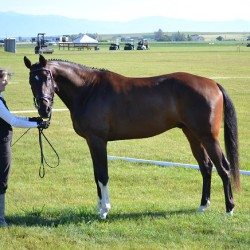 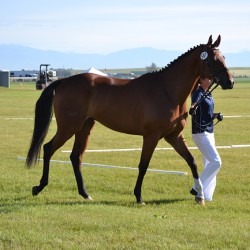 Once Upon a Mystery, a Thoroughbred, shown by Carmen Mesgengen, 3rd in FEH. Photo by Chesna Klimek. 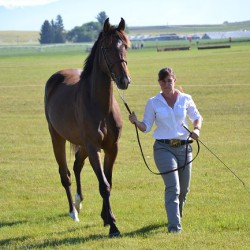 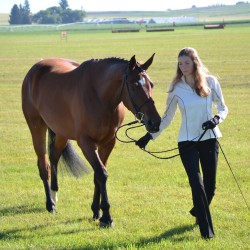 Riffle, a Holsteiner – QH, and Haley Cooper in the FEH. Photo by Chesna Klimek. 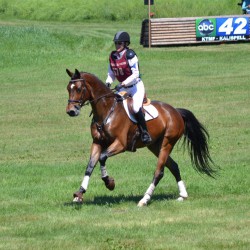 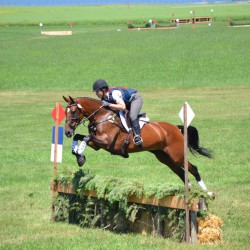 Another Star and Erin Serafini, 4th in the 5 Year Old YEH. Photo by Kathy Bodnar. 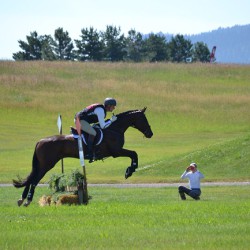 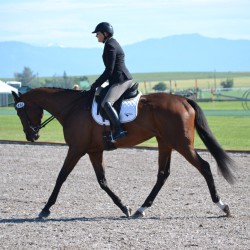 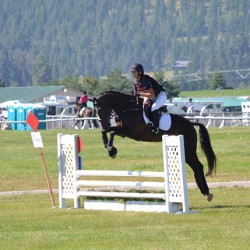 Arie and Kelsey Horn were 4th in the 4 Year Old YEH. Photo by Chesna Klimek.