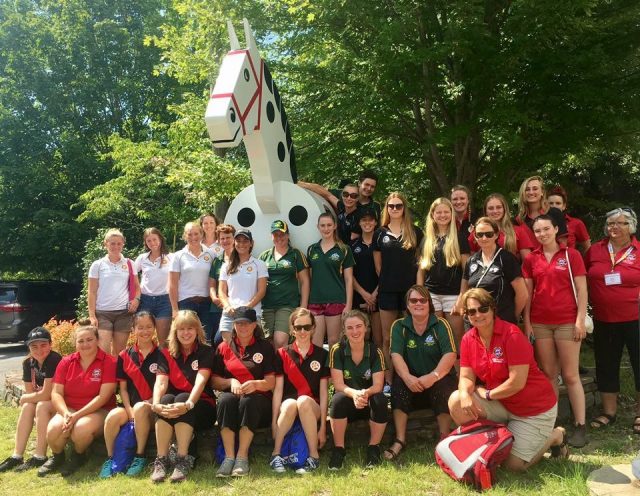 Young Riders from around the world recently traveled to the Carolinas to spend ten days competing and experiencing a new culture as part of the  2017 United States Pony Club Inter-Pacific Exchange.

Participants are drawn from countries who border the Pacific Rim: Australia, Canada, Hong Kong/China, New Zealand, the U.S., and Great Britain. The Inter-Pacific Exchange is open to Pony Club members who have attained their “B” rating and are between 17 and 25 years of age. To be selected, the riders must submit a video showing their skill on the flat and over fences. They must also have competed up to the Preliminary level of eventing or 1.10 meter show jumping. 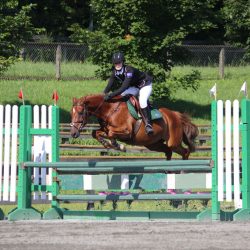 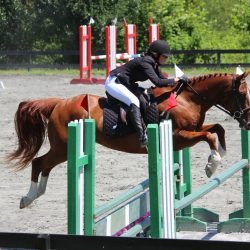 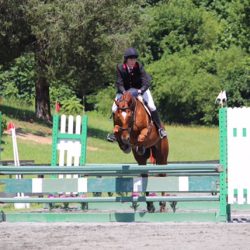 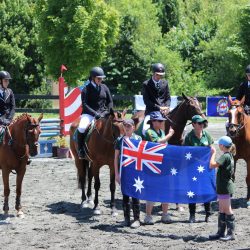 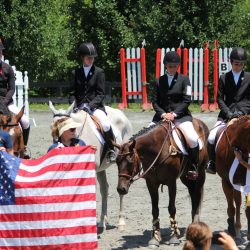 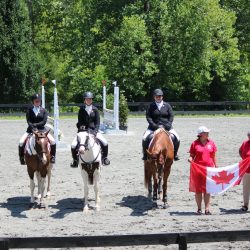 The Nations Cup Show Jumping Competition is a highlight, pairing teams of four from each nation. Riders compete in two rounds of show jumping on catch rides. This was reportedly a “hotly contested” event. After two rounds, Australia and New Zealand were tied for first place and had a jump-off to determine the winner (New Zealand won by four seconds). The USA and Hong Kong also jumped off for third place, which was awarded to the host country when the U.S. posted three clear rounds in the jump-off.
At Riverbend Park in Greenville, four teams competed in a gymkhana called the Bald Eagle Cup. The Kangaroo Cup, which took place at Windridge, features a dressage phase and derby type jumping phase with both show jumping and cross country fences. This team competition takes a rider from each nation to create 5-rider scramble teams and was won handily by the “Alligators”.
“The scramble teams build strong bonds between individuals from very different backgrounds. Everyone enjoyed a day of friendly rivalry,” said Windridge owner and organizer Alicia Henderson.
In every event, the riders were sitting on borrowed horses, kindly provided by the local equestrian communities. “The incredible generosity can’t be overstated,” Alicia said. The day before each competition, there was a blind draw for horses, and each team was given one hour to determine the best match-ups of horse and rider. 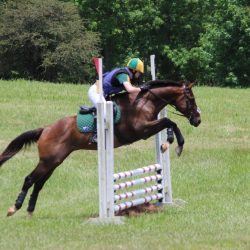 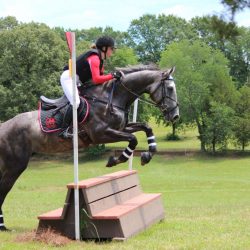 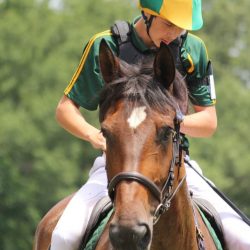 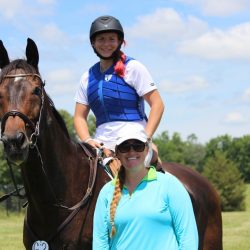 Bette Sumrell Mann, Samara Balfour, (CAN) and Chimi Chonga after a clear round. 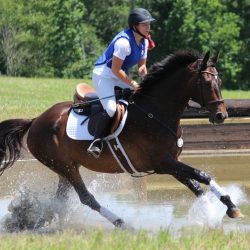 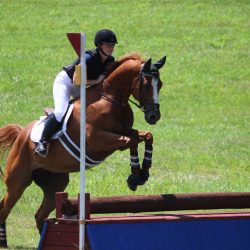 In addition to the riding competitions, Pony Clubbers were treated to many unmounted, non-horsey outings around the Carolinas including the amusement park Carowinds, a visit to Chimney Rock Park, the Kings Mountain Festival of the Fourth, and Saturday Night Lights at Tryon International Equestrian Center. They went to a baseball game in Greenville, zip-lined through the treetops at Green River Gorge and went kayaking down the Green River.

“While there is a riding competition that is part of the exchange, the main focus is to establish international friendships based on shared ideas and interests,” said Janna Ritacco, Coach of the Greenville Pony Club.

Congratulations to the Pony Clubbers for being selected for this year’s exchange.

Thank you to Bette Sumrell Mann for providing great photos from the Kangaroo Cup at Windridge and Nations Cup at FENCE and for providing her event horse Chimi Chonga for the riders to enjoy during competition!

To learn more about Pony Club visit this website. 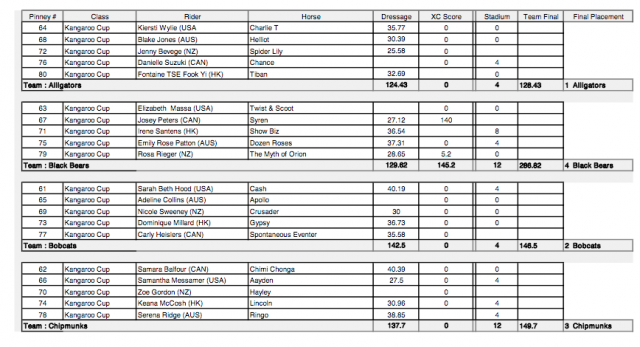