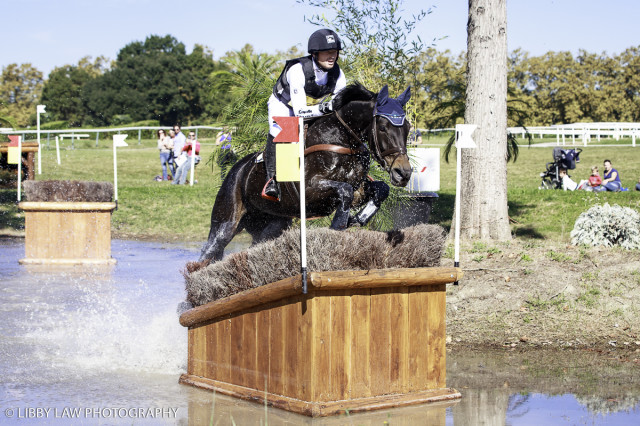 All 77 horses were accepted in today’s first horse inspection at the European Championships at Strzegom, sending 13 teams and individual riders from 19 nations forward to dressage. Dr. Ernst Topp (GER), Sue Baxter (GBR) and Dr. Slawomir Pietrzak (POL) are presiding on the ground jury.

All eyes will be on Germany, who arrived in Poland as the hot favorites having won team gold for the last three consecutive Europeans: 2015 at Blair Castle, 2013 at Malmö and 2011 at Luhmühlen. The man who led Germany to victory each time, Michael Jung, returns to defend his individual gold title.

But there are plenty of other nations coming forward with strong teams to challenge the Germans. France dethroned Germany in Rio to take team gold, but only one combination from that winning Olympic team — Thibaut Vallette with Qing du Briot ENE HN — are competing on the French team at Strzegom.

With cross country penalties in both of their international runs this season, there are questions marks as to whether Thibaut and Qing du Briot, who won individual bronze in 2015 at Blair Castle, can replicate their previous Europeans performance.

What we know for sure is that Thomas Carlile and Upsilon are virtually guaranteed to deliver a spectacular performance for France. The striking stallion set the Event Rider Masters dressage record of 30.8 at Barbury last month, and he can jump just as well as he can move. (Interesting side note: Matthieu Vanlandeghem’s mount Trouble Fete ENE HN is out of the same dam as Upsilon, O’Vive by Fusain du Defey.)

Great Britain come to Poland hoping to reclaim the European title, which they won for eight consecutive championships before Germany’s hot streak began in 2011. With Chris Bartle leading a strong team that includes 2009 individual gold medalist Tina Cook, the Brits are hungry for redemption following a disappointing performance in Rio.

While they were not named to the British team and compete as individuals, Gemma Tattersall and Quicklook V remain favorites to play spoiler for a podium finish. The mare has scored in the 30s in dressage in four of her last six international outings and is widely expected to challenge for the lead after the first phase.

While Germany, France and Great Britain are expected to battle for the team medals, we all know anything can happen in eventing. Rüdiger Schwarz’ cross country course is expected to be a twisty, technical challenge, which means you are definitely going to want to watch all the action alive.

EN will have a full recap of all the action after each day of the competition. Keep checking back for everything you need to know from the Europeans! Go Eventing.