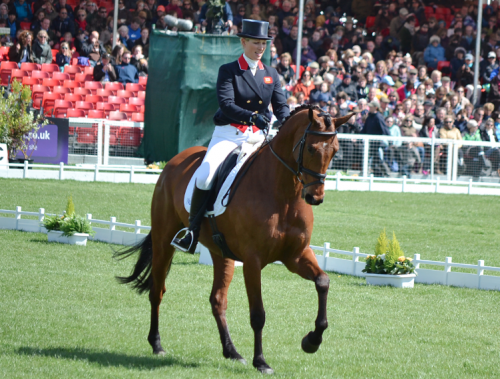 Zara Phillips and her husband Mike Tindall have just announced that they are expecting their first child in 2014. While this will take Zara out of the saddle for the major events this fall, she’ll be back in the irons in plenty of time to prepare for the World Equestrian Games next year. Congrats to Zara, Mike and the Royal Family as they prepare to welcome a new little one into the world.

LONDON (Reuters) — The Queen’s granddaughter, Zara Phillips and her husband, rugby player, Mike Tindall are expecting their first baby in the New Year, Buckingham Palace said in a statement on Monday.

Phillips’ mother, Princess Anne, the Princess Royal, her father Captain Mark Phillips and other family members are delighted at the news, the statement added.

The pair are known in Britain for their sporting success with Phillips, 32, the 13th in line to the throne, winning an equestrian silver at the London Olympic Games in 2012 and her 34-year-old husband famous for formerly captaining the England rugby union team.

Click here to read the rest of the story.