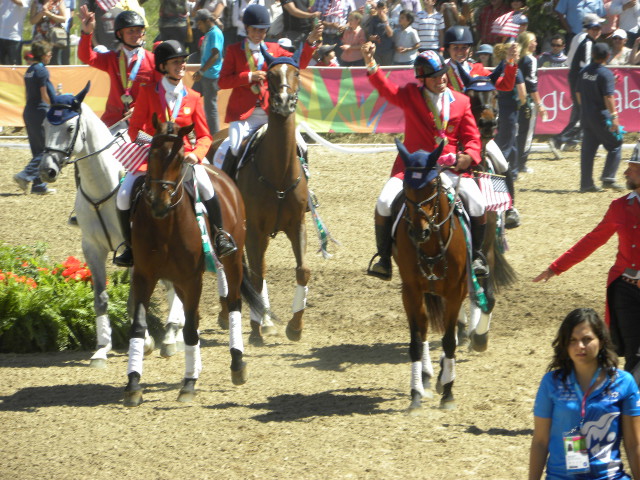 The USEF has released the Athlete Selection Procedures for the 2015 Pan American Games, which will be held July 16-19, 2015, in Toronto. You can click here to view the procedures in full, and here’s a look at 10 things you need to know:

1. All Pan Ams applications are due Feb. 20, 2015. Riders must have a qualifying score at a CCI2*, CCI3* or CCI4* event between Jan. 1, 2014 and the FEI’s nominated entry date (which isn’t listed) to qualify. A qualifying result must have a dressage score of no higher than 65, clear cross country with no more than 90 seconds over the optimum time, and no more than 16 jumping penalties.

2. The following events in 2014 counted as Pan Ams selection trials:

3. The following events in 2015 will also serve as selection trials:

4. CCI2* events in Europe between July 23, 2014 and May 10, 2015, may also be considered as selection trials if approved by the Selectors and the Eventing High Performance Committee.

5. Additional competitions this year may be identified as selection trials if necessary, with notification given 30 days prior to the start of the event.

6. The selectors will choose the team based on the following factors:

8. The Pan Ams team of four horse and rider combinations will be named no later than May 20, 2015, along with up to the maximum number of alternates. The Selectors will rank the alternates before the team ships to Canada on July 13, 2015.

9. All team members and alternates must participate in mandatory team training, the details of which will be announced no later than May 15. The USEF anticipated team training sessions will be held sometime after June 15.

Check out the Pan American Games page on the USEF website here for even more info.