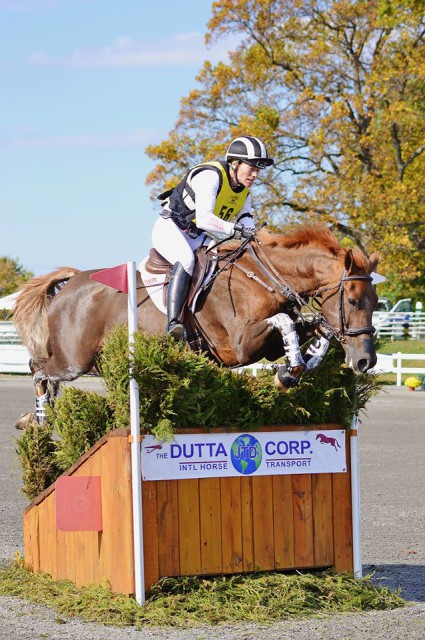 Sinead Halpin and fan favorite Forrest Nymph, an 11-year-old 14.2-hand New Forest Pony mare, enjoyed a solid year in 2014, successfully competing at the Intermediate and two-star level, which culminated in a completion of the Dutta Corp Fair Hill International CCI2*.

Now, the pair is looking forward to the new season with big plans for the little pony that could. “Everything about Farrah has been surprising,” Sinead said. “You often get on a horse and set about making plans for a three-day, and with her it’s always been more like ‘Well, let’s see what happens.'”

But Farrah just keeps answering the questions put in front of her by Sinead and owner Beth Davidson.”It’s always hard to tell when you put someone new on a horse,” Beth said. “Before Sinead got on her, she’d only ever run in Florida, where she’d been able to school the courses ahead of time. Sinead wanted to see how she’d do outside of Florida with the addition of terrain and new fences.”

The mare’s first event outside of Florida was at Pine Top last year, her third event with Sinead in the irons. The pair finished ninth in the Open Preliminary division, solidifying Sinead and Beth’s confidence in her abilities. From there, Sinead and Farrah went on to finish seventh in the mare’s Intermediate debut at MCTA in May.

“She’s never really questioned Sinead,” Beth said. “When you gallop up to something that big on something that small, it’s going to look big! I wouldn’t do it. But it’s been so cool to see her running with her ears pricked anticipating the next question.”

Now, Sinead and Beth are eyeing an Advanced move up for Farrah, as they think she’s got what it takes to make the step up. “Sinead and David (O’Connor) have talked before, and Sinead was around (Theodore O’Connor), and she thinks Farrah can do it. She’ll have to work her fitness differently than you would a horse with a lot of Thoroughbred blood. Teddy had an advantage where he was a pony but he was still half Thoroughbred,” Beth said.

“At Plantation Field, she only had four seconds of time in the CIC, and after Fair Hill, we realized we’d need to fit her as if she was a level up from what she was running. She wasn’t winded; in fact, she left the vet box within 10 minutes. It was more just muscle fatigue.”

Sinead plans to utilize resources such as a treadmill and swimming pool this year as she gears up for a new season. “Last year, so much of our time was spent getting her mentally on our side,” Sinead said. “Now she’s so much softer. In her gallop and trot sets, the more rideable she is, the harder she can work. We’re going to see how fit and strong we can get her this year. 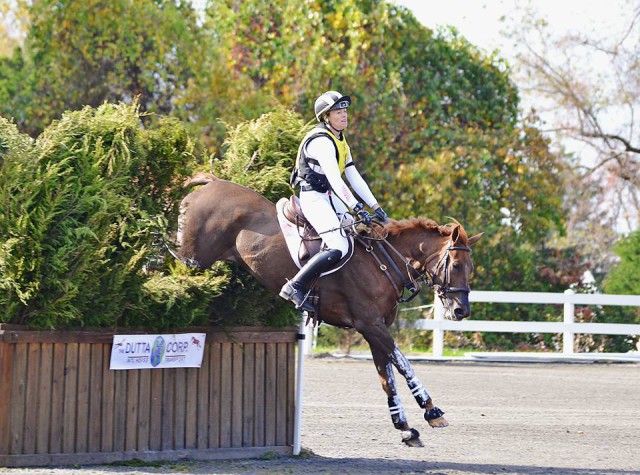 At Fair Hill, although fatigue crept in, Farrah never lost her jumping form. “At the 6-minute mark, she just got a bit tired,” Sinead said. “She never loses her form, and she recovers fantastically to come back and show jump the next day. Fitness is just going to be a big focus for us this year.”

As Sinead and Beth look ahead to a potential Advanced move up, the big “R” word has crossed their mind more than once. “I think it’s up to her with going bigger,” Sinead said. “For me, she’s already gone far and above my expectations, and as long as she keeps having fun, then we’ll see how far she can go. At this point, Rolex isn’t out of the question, but we aren’t going to think too far ahead of ourselves just yet.“

Sinead and Beth went down the road of syndication before without a lot of success. “I think the big difference between Farrah and Teddy at this point is that Teddy was already running Advanced when he was syndicated,” Beth said. “So people may think she is a bit of a gamble at this point.”

The fact remains, though, that Beth is a typical horse person with a full-time job in addition to the horses in her care. So she’s started to think outside the box with obtaining the support needed to keep Farrah going with Sinead this year. To that end, a fundraising campaign has been launched with the goal of raising $10,000 to help Sinead and Farrah move up to Advanced in 2015.

The fundraising effort will offer silent auction items as well as the opportunity to donate through GoFundMe. Auction items include breeding opportunities and clinic and lesson packages with riders such as Tik Maynard and Ashley Leith. The auction will run until February 1, with the GoFundMe staying open longer if needed.

If you’re in the Plant City, Florida, area, Beth Davidson will be hosting a clinic and demo with Sinead and Farrah on Sunday, Jan. 18 at Black Dog Farm. The day will include a clinic with Sinead and a demo with the super pony showcasing all of her talents.

“This really gives people the opportunity to be a part of the journey while it’s still a journey without having to commit their whole life to it,” Sinead said. We’re looking forward to seeing more from Sinead and a pony who has become a “shining light in American eventing,” as Sinead describes it.

Best of luck to Sinead, Beth and Farrah as they look ahead to big goals in the new year. You can support their Advanced campaign at the links below: