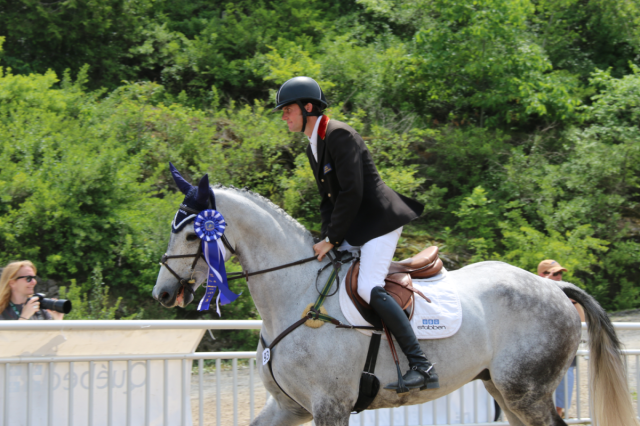 Ryan Wood capped a strong 2014 season with his promising string of up-and-coming young horses, finishing two inside the top 11 at the Dutta Corp Fair Hill International CCI2* in October and clinching both second and third place in the Bromont CCI* in June. He’s gearing up to break out in a big way in 2015, and we caught up with him to ask some burning questions.

EN: Where did the name Woodstock Eventing originate?

Ryan: It was just a play on words. My last name, and then as a farm we have stock and such, so that’s where it came from.

Ryan: Growing up in Australia, Matt Ryan was an eventing legend who as kids we all looked up to. He was a gold medal winner, and I remember watching the Barcelona Olympics, and he rode an Australia Stock Horse. He was one that we all strove to be like one day. 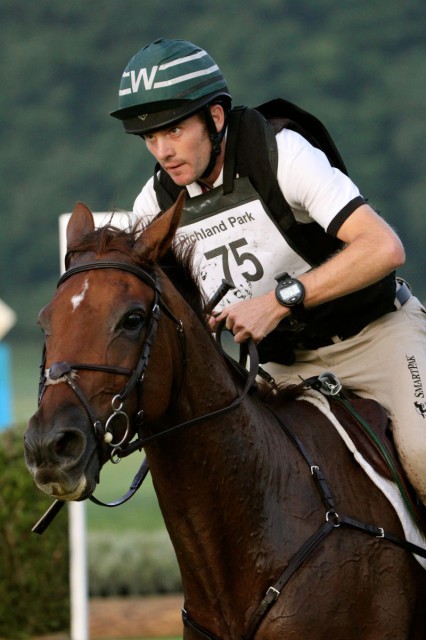 EN: What’s one of the best pieces of advice you’ve ever gotten?

Ryan: The biggest influence I’ve had is Phillip (Dutton) and working for him and now alongside him. He’s not only an incredible trainer and coach, he’s an amazing businessman, and he’s always encouraging opportunity with business and training and with clients.

He’s always very welcoming for another professional to be training out of his barn; he’s very encouraging to get as much traffic through the farm, and I think it’s sort of beneficial to everyone, whether it’s a client coming for lessons or looking for sales horses. There’s a lot of networking within the group at True Prospect Farm. Phillip’s been the biggest influence in my career.

EN: Tell us about the most influential horse for your career to date.

Ryan: I hope that I have that special horse in the string of young ones that I’ve got. I’ve had some fantastic horses, and I think that I am lucky to have acquired the quality of horses I’ve got now.

I think that they’re the most quality I’ve had in horses since I’ve been riding. Now it’s just about seeing if they’re going to maintain their performance at the Advanced and three- and four-star level.

EN: If you weren’t a professional event rider, what would you be doing?

Ryan: I probably would be working in the family business building swimming pools. I worked with them when I was a teenager; I would spend afternoons and weekends doing that physical work. On the side, I’d probably be a professional gambler! I’d bet on the racehorses. I’m not really good at it, but it’s a good thrill. 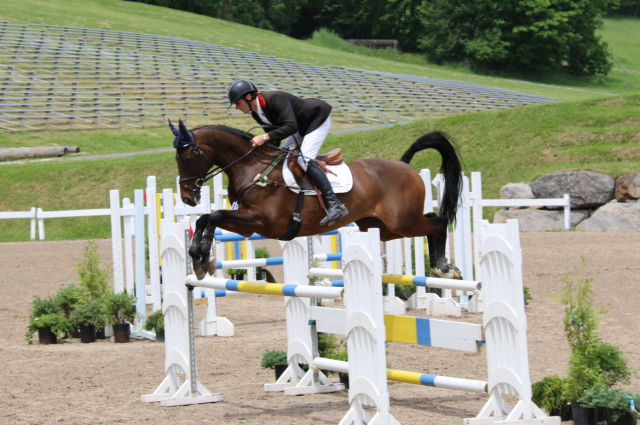 Ryan and Fernhill Classic at Bromont. Photo by Leslie Wylie.

EN: Was eventing always your sport of choice?

Ryan: Eventing’s always been it — it’s always been in the cards. I grew up in a suburb northwest of Sydney called Annangrove, and it was a pretty popular horse area.

My neighbor was Paul Tapner, so we went to the same Pony Club together, Dural Pony Club, and that was the focus there. Everyone evented their ponies and horses, and that’s sort of where it all began.

EN: What has been your favorite event to compete at so far?

Ryan: I think I have two, Bromont and Fair Hill. Both are really bold riding courses, and it takes a very fit and bold horse to go well there. That’s sort of what I would classify as true tests for the level.

Ryan: I’d love to travel over to Europe and conquer some of the three- and four-stars over there. I think Badminton and Burghley are sort of in my mind the most prestigious three-day events, so it would be great to get a photo up on the wall competing at one of those.

EN: What advice would you give someone who wanted to start their own training and sales business?

Ryan: My dad gave me some advice when I was trying to make a go of it. I was wanting things to happen instantly, and he used to say, “Son, you’ve gotta fall before you can walk.” It takes time, and you just have to keep at it, work hard and have a little bit of luck. Hopefully it will all come together.

EN: What prompted your move to the U.S.?

Ryan: I thought I’d come over and have a go at Kentucky in 2007, so I came over and based with Phillip for a couple of months leading up. I got a bit of a taste of the eventing over here, and the Americans were very welcoming of Australians and so I decided that I’d come back and give it a go.