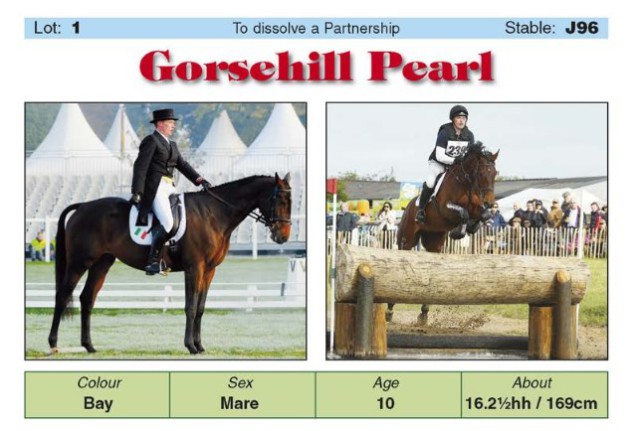 It was a feast for the eyes at this year’s Go for Gold Goresbridge public auction in Ireland, with several elite bred horses selling to the highest bidder — a few of which included some American riders who were out to find their next star.

The top horse this year was a 10-year-old Irish mare, Goreshill Pearl, who previously competed through the three-star level with Luke Drea. She was purchased for €85,000 by Joseph Murphy.

Ballinglen Dreamys Boy is a 5-year-old who has hunted and competed through the EI100 level and should be an exciting one for Arden to bring along.

Tom and Becky Holder are also coming home with a new horse, an unnamed 5-year-old by Atlantic Cruise out of Silkcut Lady.

Oliver Townend had entered three of his competition horses into the sale, two of which were sold: Peruising, sold to Carol Gee, and LCC Cooley, sold to Richard Sheane. 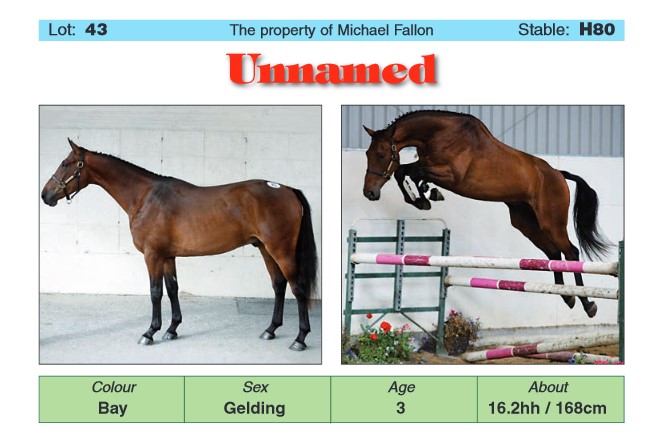 The top-selling 3-year-old, a gelding by Ramiro B. Screenshot via the Go for Gold catalogue.

In all, 49 of the 63 horses listed sold and collected just under €1.1 million. The sale recorded the highest ever clearance rate at 85%. The top 3-year-old sold was an unnamed gelding by Ramiro B out of Willow Roads, sold to Richard Sheane for €42,000.

“Credit must be given to Goresbridge Sales and their selectors for compiling an all-round quality catalogue which attracted buyers from the UK, America, Europe and beyond in numbers,” Horse Sport Ireland Director of International Marketing Elaine Hatton said. “The results throughout the sale underpin the high standard of sport horse production found in Ireland. With clearance rates of up to 85% it emphasizes the fact that Ireland is a destination of choice for any buyer looking for quality and value.”

You can view the ful sale results here and you can also head over to the Go for Gold YouTube channel to check out each horse in action prior to the sale.