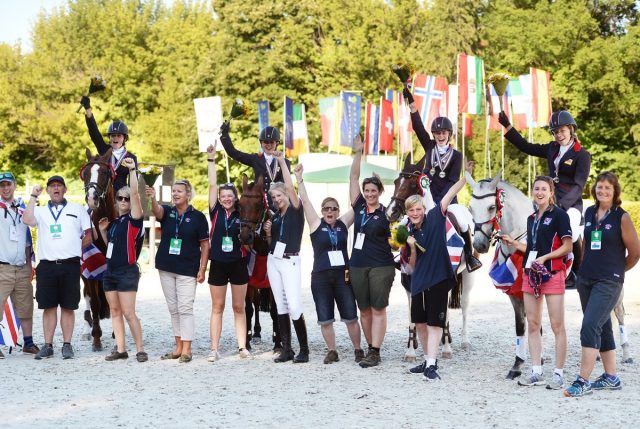 The 2020 FEI European Championships for Ponies, set to take place at Strzegom in Poland from July 15–19, is the latest major competition to drop from this season’s calendar in the wake of COVID-19. The decision comes after ongoing efforts by the organising committee to reschedule the competition, but the necessity for it to fall within school holidays forced the cancellation.

The Championships host eventing, showjumping and dressage competition, and are restricted to riders of 16 and under. To try to ease the blow for those riders in their final year of eligibility, the team is planning a replacement competition, tentatively set for September or October.

“We realise that for many athletes, the Europeans were their last chance to compete in this age category,” the committee said in a statement released today (May 13). “Instead of the FEI European Championships for Ponies, we plan to organise a new event called the European Pony Masters in September or October.”

The new event will take place at Strzegom and will include all three disciplines. Though the team’s planning efforts hinge on an easing of the pandemic, they’re optimistic that the event will be able to run and plan to release more information, a final date, and qualification guidelines soon.

“After all the hard work they have put in, it is desperately disappointing for Marcin Konarski and his wonderful team at Strzegom to have to cancel the FEI European Championships for Ponies, and also, of course, for all the young athletes who were planning their season around heading to Poland this summer,” said FEI Secretary General Sabrina Ibáñez. “But it is wonderful that Strzegom have come up with a creative solution with the new European Pony Masters offering an alternative outing later in the year.”