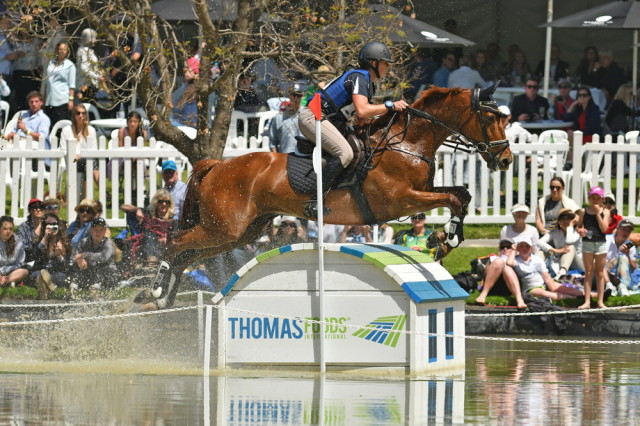 Hazel Shannon and Willingapark Clifford won Adelaide in 2016 and are returning once again this year. Photo by Julie Wilson/FEI.

A total of 24 combinations will come forward this week on Nov. 15-18 for the Mitsubishi Motors CCI4* at the Australian International Three-Day Event in Adelaide. As the final CCI4* of the season, Adelaide also serves as the only CCI4* in the Southern Hemisphere.

Adelaide is set in the heart of a vibrant city center, with Mike Etherington-Smith’s cross country course winding through the picturesque East Parklands. The event is a highlight of the calendar for Australia and New Zealand’s event riders, and EN will be bringing you all the details you need to know.

Two-time winner Stuart Tinney finished third last year with War Hawk in the midst of a controversial flag ruling and returns this year as a key contender. It’s a big event for the Tinney family, as Stuart and Karen’s daughter, Gemma, is also making her CCI4* debut at Adelaide this year.

Andrew Cooper has finished in the top five in the last two runnings of the Adelaide CCI4* and this year comes forward with debutant Hunters Hill. Donna Edwards-Smith finished 13th last year with Tangolooma, who she will ride again this year alongside his stablemate Cluny — both horses are New Zealand Thoroughbreds.

Emily Gray and Jocular Vision finished eighth at Adelaide in 2016 and unfortunately were not able to go on to show jumping at least year’s event, so they are returning with a vengeance this year. Tania Harding and Jirrima Yorkshire retired on cross country last year and are back seeking redemption.

Three riders are returning to Adelaide following lengthy hiatuses. Emma Bishop last competed at Adelaide in 2008 and is making a return trip with CP Issey Miyake in the horse’s debut at the level. Emily Cammock last competed in 2005 and this year will ride Shaw Lee in his CCI4* debut. Bundy Philpott last Adelaide appearance stretches back to 2003 and this year we will see her ride Tresca NZPH.