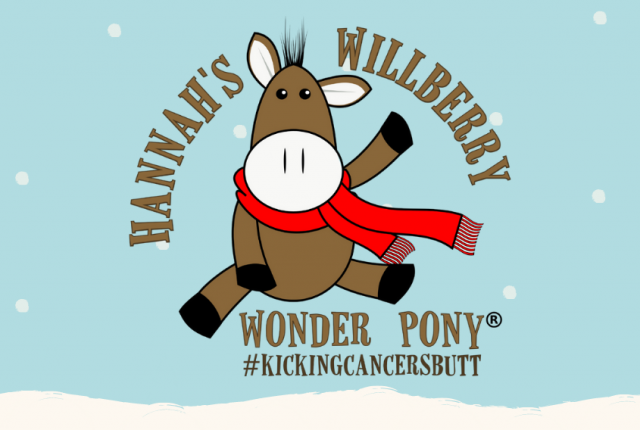 Mark Todd and Charisma, David O’Connor and Custom Made, Ginny Leng and Priceless, Mary King and Star Appeal … how might these legendary partnerships stack up against the world-beaters of today like Michael Jung with La Biosthetique Sam FBW or Ingrid Klimke with SAP Hale Bob OLD? A very special Equiratings Eventing Manager simulated competition is pitting 30 of the best horses of the last 40 years against one another — and all for a great cause. A Wonderful Willberry Holiday Sim is aimed at raising awareness and support for Hannah’s Willberry Wonder Pony, a charity dedicated to #kickingcancersbutt.

“After a really hard year, we also want to raise some cheer over two nights of lighthearted merriment,” the invite says. “Pick your team, pour the cocoa and tune in.”

If you haven’t played Eventing Manager before, here’s the drill: First, download the app. With a virtual budget of $10M per competition,  you’ll then “buy” a team of four riders and hope your team has success in all three phases for a chance to win. Models powered by SAP Predictive Analytics will create the likely results for the dressage, show jumping and cross country phases of the competition. Every competitor in the simulation has a chance of having a good or bad competition; they could have a dressage PR, only to throw it all away with a 20 penalty refusal in the cross country phase. It really is eventing as we know it, as the exciting sport of a million variables. Fans can play their own tactical game during each simulation, and a league table pits them up against all other EM App players around the world.

If you have played Eventing Manager, you’ll notice a few changes in the app. The big one: The more demand for a combination, the higher their price will go. This means prices now rise and fall before the event starts. Pick your team early to make sure you can afford your favourites or try the “buy low, sell high” strategy.

Featured leagues are loaded into the app with prizes on offer and the weekend coverage will be complete with your favourite commentators plus some very special guest appearances.

The market is open until Saturday, 19 December at noon (UK), 7 am (EST) when the simulated dressage phase begins on the EquiRatings Facebook page. After dressage, the market will re-open but selections will close for good once the simulated jumping phases begin on Sunday, 20 December at 7:30 pm (UK), 2:30 pm (EST).