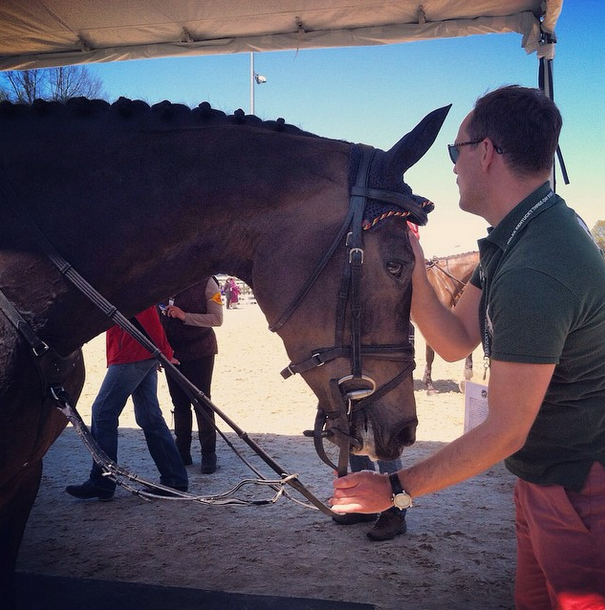 You just won the lion’s share of $300K + some sweet wrist-candy for your dad… thoughts? fischerRocana: “My head itches.” Photo by Leslie Wylie.

Michael Jung’s little-bay-mare-that-could, fischerRocana FST, has seemed hell-bent on stealing her big brother’s thunder throughout the past year.

Rocana’s world domination tour started last summer, when she took second at her very first 4* at Luhmühlen. Then, in the fall, she secured Team Gold and Individual Silver at World Equestrian Games in Normandy — as Michael’s “reserve horse.” Most recently, of course, she shut-out La Biostheque Sam FBW at Rolex 2015, making it clear that she was no second fiddle but a force to be reckoned with on her own terms.

So, we know she can win. But having only recently emerged from Sam’s shadow, this supermare is still a fresh face on the world stage. Who is she? Where did she come from? Where did she get her freak-of-nature talent?

Here are four things about Rocana you might not know:

She’s never had a cross-country jumping penalty at an FEI event. 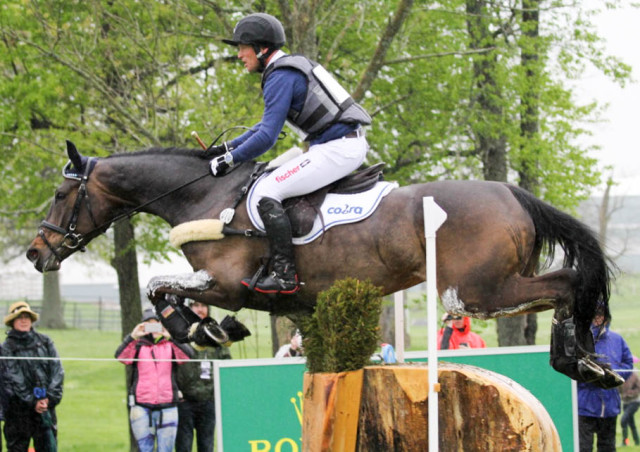 From her first 1* at Fontainebleau in 2011 through Rolex last month, fischerRocana has maintained a pristine cross-country record throughout the 26 FEI competitions she has completed.

She went double-clear at 16 of them, with the most time penalties accrued (11.4) at the 2014 WEG in Normandy. The treacherous going on that course kept everyone else’s pace in check as well, and Rocana still finished with a Team Gold and Individual Silver.

Additional fun fact: She placed in the top two at 13, or 50%, of those 26 events. You can check out her FEI Performance Record here.

What’s it like to pilot the Rocana cross-country machine? Take a vicarious spin via this helmet cam from the 2* course at Radolfzell in Germany last spring.

Her momma gave her hops; her daddy gave her speed.

Speaking of all those double-clear rounds, Rocana may be genetically predisposed for them. While registered as a German Sport Horse (SATHU), her breeding is a mix of jumping and racing lines — she’s 63.87% blood — that clearly added up to produce an incredible and well-rounded athlete.

Her sire is Ituango xx, a thoroughbred who stands at the Marbach Stud and has produced a number of successful racers as well as sport horses. Ituango raced for two years before an injury ended his career, and his parents — sire Acatenago, three-time German racehorse of the year with earnings of nearly $4.5 million, and dam Lagunas, a Derby winner — were both racing powerhouses.

On the other side of Rocana’s pedigree is her dam, Rose, an Oldenburg who brings to the table a legacy of dressage and jumping talent from the likes of influential stallions like Calypso II and Cor de la Bryere. 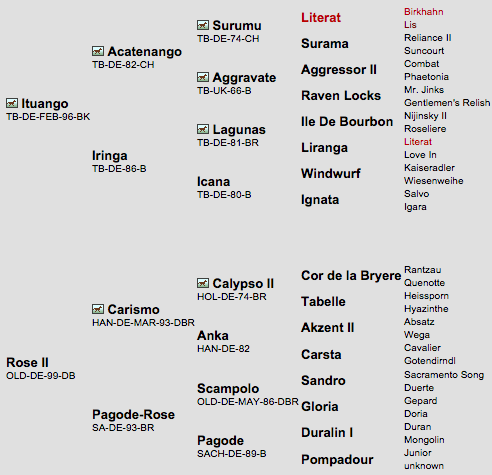 She has a little sister, who is also killing it.

Her name is — wait for it — fischerRicona, and not only are they full sisters, they also look alike and have a gift for leaderboard domination.

At eight years old, Ricona is two years younger than her big sis but already boasts an impressive competition record with Michael Jung in the irons. Last year she won her first CIC3* at Wiesbaden, the latest in a string of wins and top finishes at the 1*/2* levels. Of the 11 FEI events she’s completed, she has placed in the top two in seven. That’s 64%, besting even her world-beater big sister’s 50%. Better step up your game, Rocana — Ricona is coming for you!

Here she is coming through the CIC2* water at Kreuth, which she won on her dressage score of 34.7, last year:

Despite her accolades, she’s still not Michael Jung’s favorite horse in the barn.

The best stall is still reserved for Rocana’s star stablemate, La Biostheque Sam FBW.  After winning Rolex on his mare, Michael confessed during the press conference that Sam is still his “favorite.” It’s the horse that first established his stature as a world champion, but his affection for the horse extends well beyond their accomplishments on the international stage.

“He is a special personality and a very good friend of me,” he said. “I think no horse is better than him.”

Always the bridesmaid, never the bride. That’s OK, Rocana — just keep stealing those ribbons out from under that hotshot brother of yours. You’re a fan favorite, for sure! 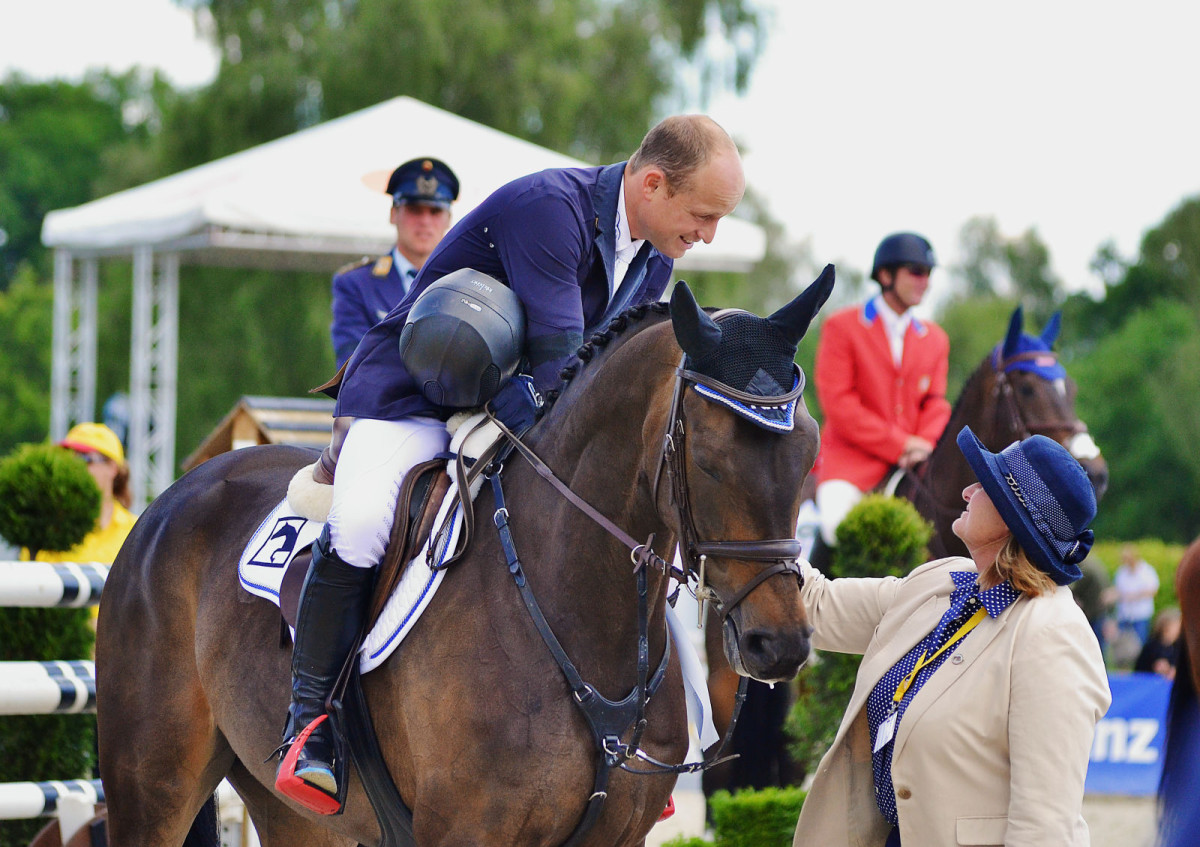