The 13th running of the Jersey Fresh International Three-Day Event was hailed a success by competitors and spectators alike after the organizing committee pulled out all the stops to make the event an affair to remember. Here are five things you missed if you weren’t at Jersey Fresh this year: 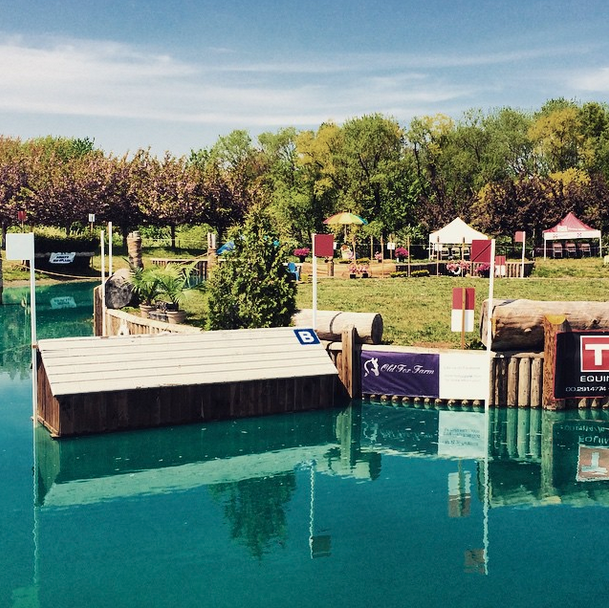 The view at the Jersey Shore. Photo via EN’s Instagram.

1. Tailgating at the Jersey Shore

The organizers added additional tailgating spots at the famous Jersey Shore water complex this year and still sold out well before the event. Tailgaters rolled into the Horse Park of New Jersey early Saturday morning, and their spirits weren’t at all dampened by the unexpected downpour that pelted the park in the morning.

Instead, the rain only seemed to embolden everyone to have a good time, and the spectators faithfully cheered every horse and rider through the water complex all day long. The riders unanimously agreed the crowds were amazing — yelling things like, “You go, girl!” and cheering for them by name.

If you want to tailgate at the Jersey Shore next year, be sure to keep an eye on the Jersey Fresh website and book your spot early. They sell out quickly! Next year’s event will be held May 11-15, 2016, so mark your calendars now. 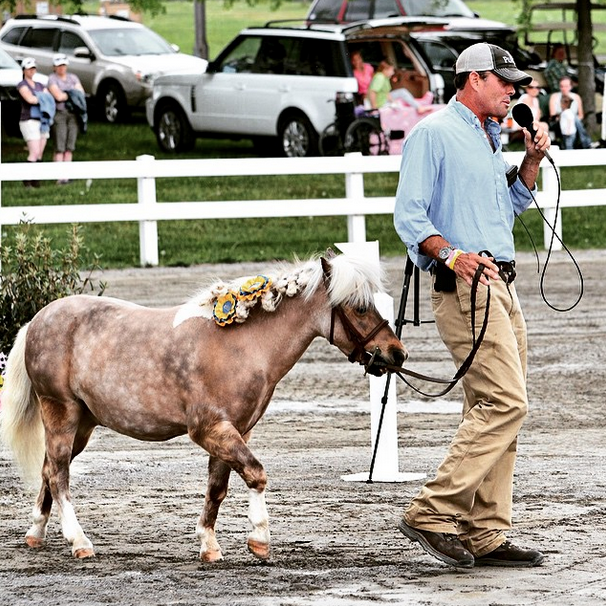 Fan favorite Kyle Carter was at Jersey Fresh coaching his students, and he also gave the crowd an educational preview of Sally Ike’s CCI3* show jumping course with Sampson the therapy pony by his side.

Sampson is a 16-year-old Shetland Pony who visits nursing homes and assisted living facilities in New Jersey with his owner Carol Wingerter. He’s something of a legend for giving his famous kisses, which have been featured on ABC News. Kyle doesn’t kiss and tell, so we cannot confirm if he smooched Sampson.

Sampson was inducted into the NJ Veterinary Medical Association Animal Hall of Fame in 2011, and the crowd loved getting to see him in person. Jersey Fresh also had a number of other interesting demonstrations through the weekend, including a natural horsemanship session with Tik Maynard. 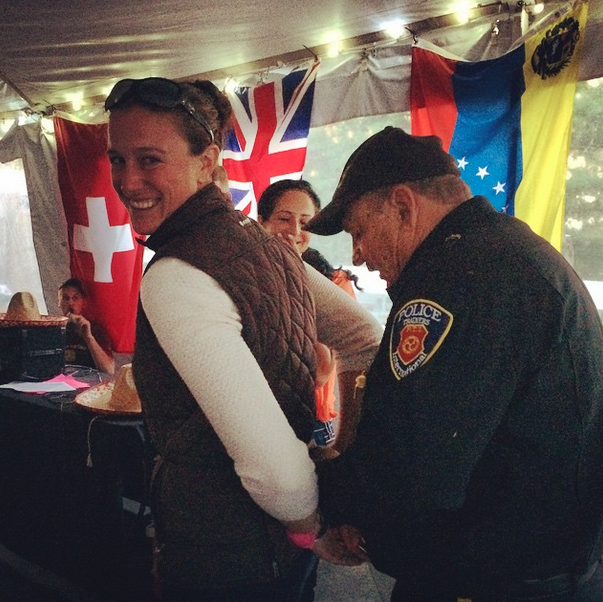 3. Riders behind bars in Stall A-Rest

Any riders who didn’t raise $1,000 by Saturday night were locked behind bars at the competitor’s party until their family and friends coughed up the cash. Bill Richey and his dog PD, who travel the world training police dogs and mounted police horses, escorted the riders to “jail.” 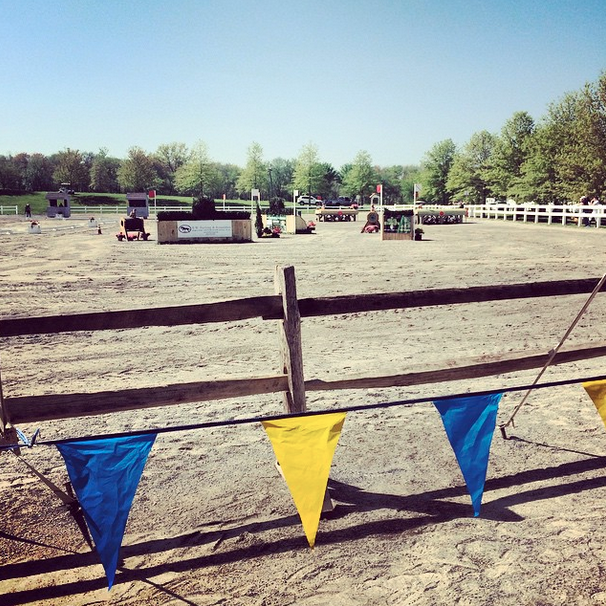 The view from the VIP tent at Jersey Fresh. Photo via EN’s Instagram.

4. A ringside view of all three phases

Jersey Fresh’s new VIP tent gave a ringside view of the action in all three phases at Jersey Fresh. All the dressage was relocated to the Grand Prix ring this year, and what turned out to be the most influential combination on John Williams cross country course ran right through the arena.

The VIP tent was the place to be yesterday during Sunday’s show jumping finale. A tasty Mother’s Day brunch was served, and you got a bird’s eye view of Buck Davidson and Carl Segal high-fiving after Ballynoe Castle RM won the CCI3* division. The organizers expect to make the VIP tent even bigger and better next year, so plan to get your tickets early.

If you don’t want to spring for VIP tickets, the view from along the rail and on the hill overlooking the Grand Prix ring is equally excellent. Here’s a view from the top of the hill, where spectators spread out blankets and picnics and enjoyed the beautiful weather for dressage and show jumping. 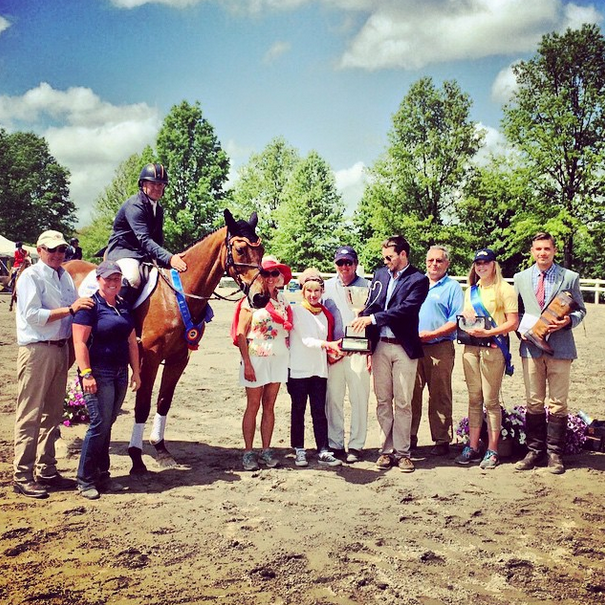 The BDJ team celebrates the win. Photo via EN’s Instagram.

Reggie has won many honors during his storied career, but he’d never won a CCI3* until yesterday when he jumped double clear in show jumping to take the Jersey Fresh trophy. The whole BDJ team was in attendance to celebrate the win, and Buck even had Reggie’s longtime groom Kathleen Blauth-Murray ride him into the prize giving to honor her dedication to the horse. It was a great way to end the weekend at Jersey Fresh.

Catch up on all of EN’s coverage of Jersey Fresh at this link. Go Eventing.