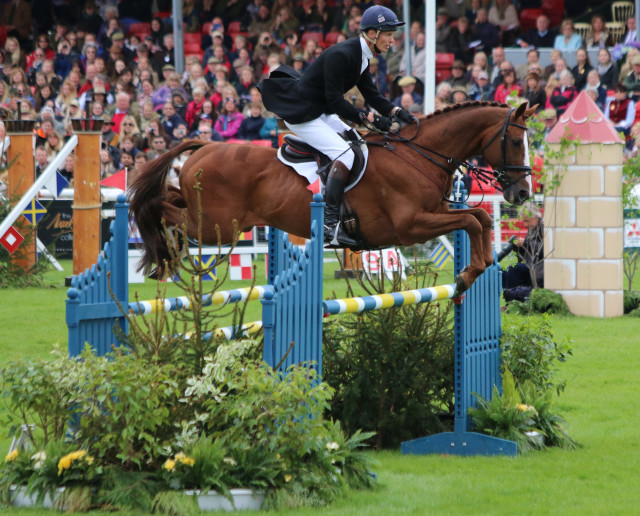 It’s not often we see a stallion who achieves what this 15-year-old Brandenburg stallion owned by Chris Stone has, but this weekend we saw pure greatness from Chilli Morning as he neatly finished Badminton on his dressage score.

Formerly campaigned by both Mary King and Nick Gauntlett, the stallion has steadily worked his way up the ranks, finishing third individually at last year’s World Equestrian Games with William Fox-Pitt in the irons and finally this weekend winning what no other stallion has won before: Badminton Horse Trials.

With the argument that successful event horses must possess a substantial amount of Thoroughbred blood, Chilli Morning’s genetic makeup does not disappoint. He is 56.25% Thoroughbred thanks to a predominantly Thoroughbred sire line. His sire line shows much success on the racetrack, while the damsire line shows success in the Olympic show jumping arena (Kolibri show jumped at the Olympic level). You can view more details on his breeding here. 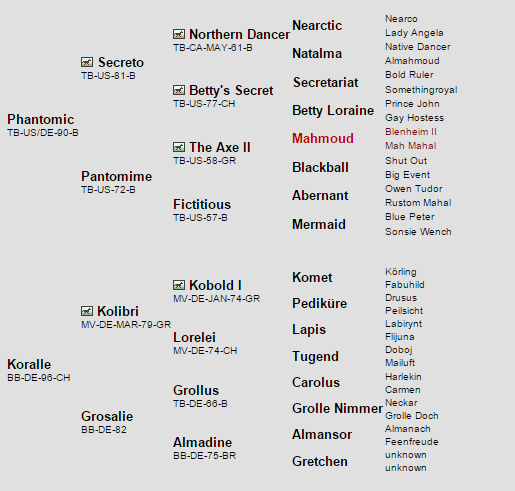 Chilli Morning has also been active in the breeding shed, utilizing his vacation time from competition to produce what many hope will be successful sport horses for the future. These exciting youngsters include two 2010 foals from Mary King’s prolific mount, King’s Temptress.

King Robert and King’s Ginger both began their eventing careers with Mary in the irons this spring. It’s no secret that these two are regally bred for success in the sport of eventing, so only time will tell just how successful they will be. You can view more information on Chilli’s progeny by clicking here. 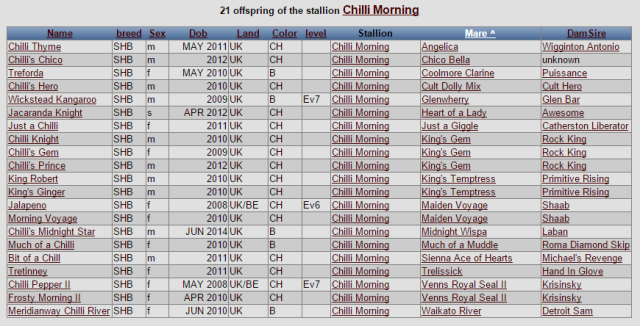 Chilli was selected for his athletic ability as well as his temperament — more than a few comments on his calm demeanor in high pressure situations — and he demonstrated that focus perfectly in yesterday’s pressure cooker of a show jumping arena at Badminton.

The horse also played a key role for the British team at last year’s WEG, where he won individual bronze and team silver. In what many have called the worst footing they’ve seen on a cross country course, William Fox-Pitt expertly piloted Chilli around to pick up just 12.8 time penalties to add to his dressage score. The horse came back the next day still fighting fit, and though he lowered one rail it was still a memorable performance.

William also brought Chilli to Rolex in 2013 but retired the stallion on course after picking up an early runout. He went back to his daily routine of thorough preparation and went on to pick up four top-10 placings at the three-star level before being selected to the British WEG team.

It’s exceedingly rare to see a stallion have such measured success at the top levels of the sport. Windfall, the famed Trakehner stallion, is the last stallion to win an event of this magnitude when he picked up the win in the modified division of the 2004 Rolex Kentucky Three-Day Event. These two continue to dominate the household talk when it comes to successful eventing stallions and for good reason.

Congratulations once again to Chris Stone, William Fox-Pitt and all who have had a hand in Chilli Morning’s success. It’s without a doubt exciting to see a stallion taste victory on the world stage, and we’re sure we’ve not seen the last from Chilli and his progeny.