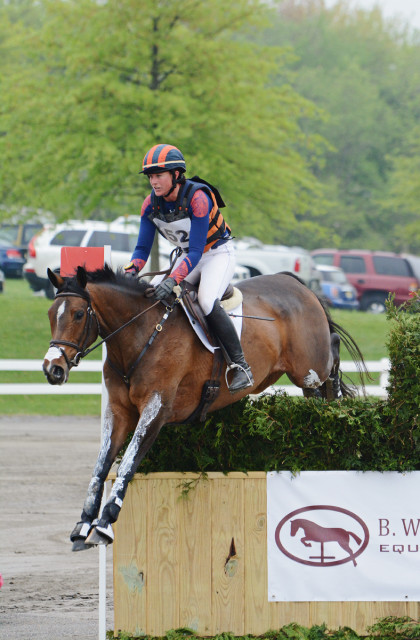 Lauren Kieffer has been quietly building a string of upper-level prospects for the past five years, and just about all of the horses — from full brothers Landmark’s Monte Carlo and Landmark’s Monaco to this year’s Jersey Fresh CCI3* runner-up Meadowbrook’s Scarlett and Red Hills CIC3* winner Czechmate — seem to be peaking at just the right time.

This is all made even more impressive by the fact that Lauren has produced these horses from the very beginning of their careers, a journey she started in 2010 after completing her first four-star at the Rolex Kentucky Three-Day Event with Snooze Alarm.

“Aside from Veronica, almost all of my horses I’ve had since they were 4 or 5. After Kentucky in 2010, I didn’t go above Training level for a year, and then it was three years before I went Advanced again until I got Veronica,” Lauren said. “It was probably the best thing that’s every happened to me because I was able to produce these horses, and all of a sudden I’ve got this big depth.” 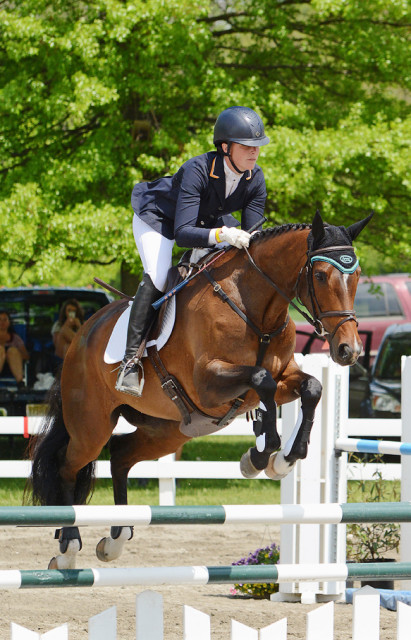 That didn’t happen by accident, and Lauren said she is indebted to the generosity of owners like Court and Kylie Ramsay and those who take on the dual breeder-ownership role like Jacqueline Mars, Shannon O’Roark and Marie le Menestrel — we’ll talk more about her in a minute.

“It took those few years of producing the first set and now they’ve showed up, and the goal is to keep them rolling. The American breeding program is a big part of it. With the young ones, whatever baggage they have, you gave them. You produce them the way you like, and they know you and you know them inside and out. And sometimes the ones that might not be the most flashy or talented end up doing a spectacular job because you have that partnership.” 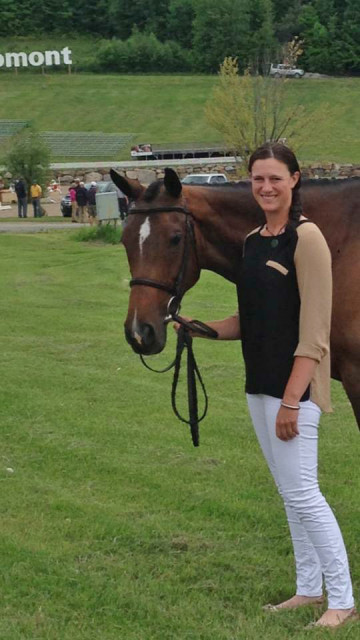 Lauren and Scarlett at Bromont in 2014, where they won the CCI2*.

Exhibit A: Meadowbrook’s Scarlett, an 8-year-old Thoroughbred/Holsteiner mare owned and bred by Marie le Menestrel who has been making waves in her first season of Advanced and stands a very good chance of being named to the U.S. Pan American Games team (if the chinchillas have anything to say about it — more on EN’s picks for the team coming your way shortly).

So what is it about Scarlett that makes her almost unbeatable? We talked to Lauren to get the scoop. Here are five things you need to know about Meadowbrook’s Scarlett.

1. Scarlett was born in the USA.

Scarlett (by All in Black out of Bliss) was bred in Virgina by Marie le Menestrel, whose Meadowbrook Farm is a private breeding facility in the central part of the state. While Marie primarily breeds hunters and dressage horses, sometimes the babies show a natural talent for eventing, and that’s what happened in Scarlett’s case. Marie sent the mare to Lauren as a 4-year-old. Fun fact: Marie was a nanny to William Fox-Pitt when he was a boy, when he had a rather large collection of hamsters. Stay tuned for much more on Marie.

2. Scarlett has never had a cross country jump penalty.

Ever — in 37 career starts, including four events at the Advanced and three-star level. She’s also only ever had five show jumping rails in her entire career. Scarlett means business, ya’ll. 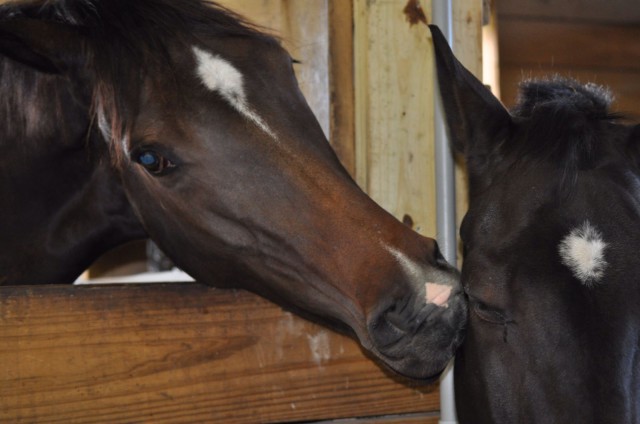 3. Scarlett is like Mary Poppins — practically perfect in every way.

She is the complete opposite of what you’d expect an upper-level mare to be. While her stablemate Veronica lives up to her barn name of “Troll,” Scarlett has “always been super sweet and easy,” Lauren said. “She’s really loving. She bats her eyes at anyone who walks into the barn and snuggles and hugs them.”

4. Scarlett has a drinking problem.

Her groom Shannon Kinsley likes to say that the mare has a drinking problem, as she “drinks water like a fish” and is excellent on the road. “She takes care of herself at shows; she eats all her meals and drains her bucket,” Lauren said. Whether she’s at home or at a show, Scarlett is a cool customer.

5. Scarlett is one of the only horses Jacqueline Brooks has ever jumped.

Popular dressage rider and trainer Jacqueline Brooks coaches a number of event riders, including Lauren, and Scarlett is the only horse she Jacqueline has ever jumped. Scarlett is also the mount of choice for Lauren’s mom, Jo (better known as Mama Kiefs), when she visits for Christmas.