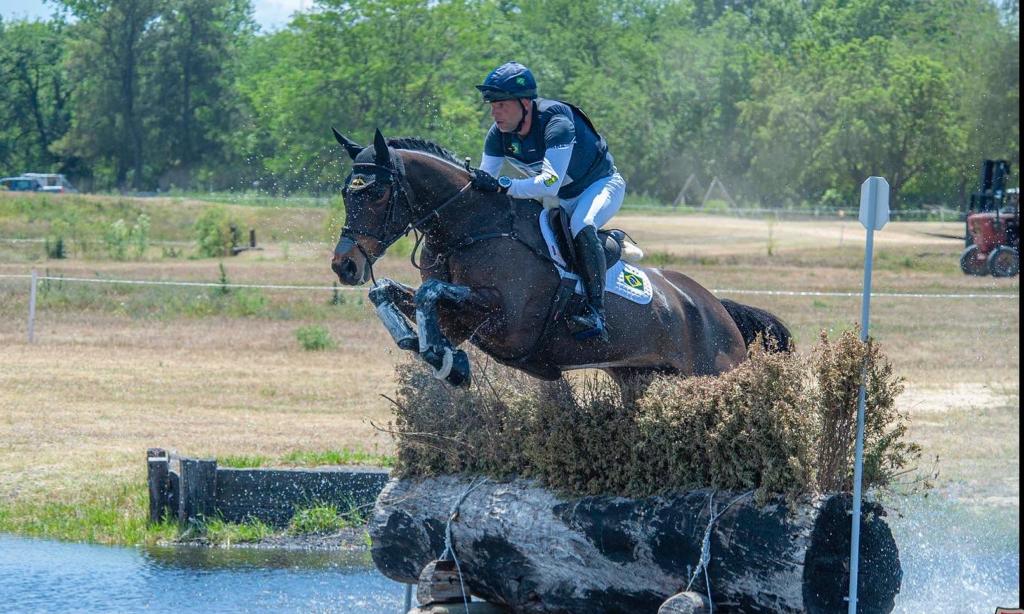 We caught up with Carlos to learn a bit more about Tullabeg Chinzano and Brazil’s stead for the future, looking ahead to next year’s Pan American Games in Chile. And stay tuned for a post-event blog from Valerie Vizcarrondo Pride, who along with Ground Jury president Nice Attolico (ITA) and fellow member Delano Bastos De Miranda (BRA), officiated these Championships. 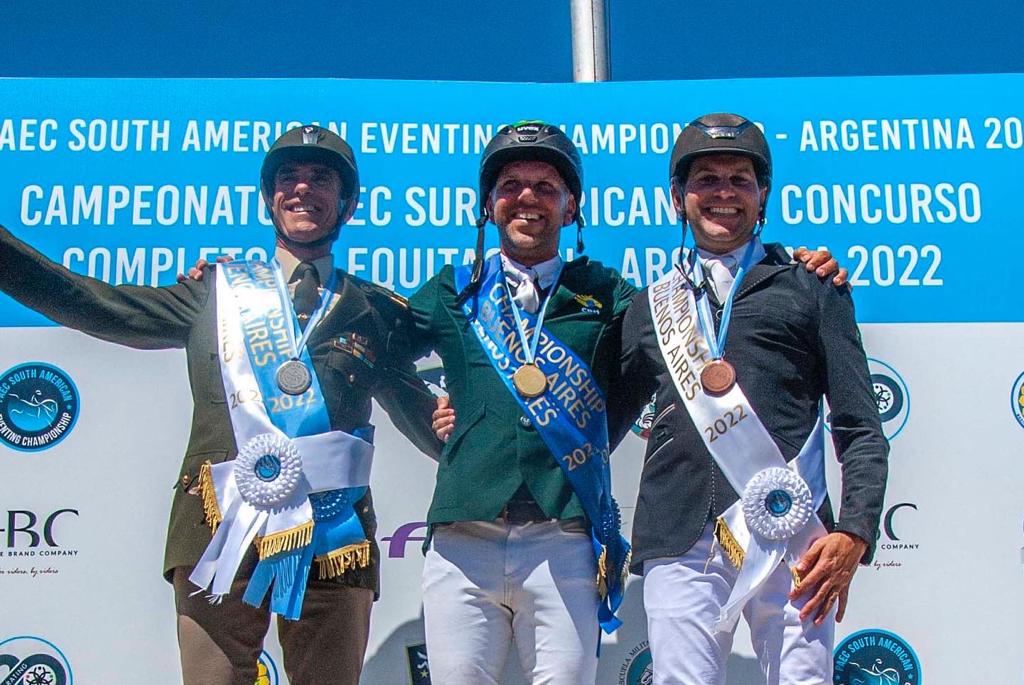 EN: Can you tell us a bit more about your mare? This was a great performance for her, a personal FEI best in the dressage and a gold medal. What were your expectations for her this weekend?

CP: I rode her back in 2019 for a few months and always knew she was a good horse. I only got her back in the beginning of this year and she has been improving with the help of my dressage trainer [Charlotte Dujardin]. The last couple of events in the UK she was really good, so I had hopes that she would perform well in Argentina!

EN: What was the preparation like as a team for this event?

CP: Most of the riders were based in Brazil, so we didn’t do too much as a team. We had a few team training sessions with William Fox-Pitt in the UK but not specific for this event.

EN: How long has the team worked with William, and in what ways did he help you the most this weekend?

CP: He started in the beginning of this year. It has definitely been a great addition to our team — no need to say that he’s incredibly knowledgeable, but he’s amazing at understanding each horse and passing his knowledge. He helps us get the best out of each horse every time.

EN: A very experienced Brazilian team was fielded for this event. How does this help Brazil as a country prepare for future championships?

CP: For the last two Olympic cycles the South American championships has been used to qualify our team for the Pan American Games, so it’s very important that we do send a strong team as the Olympic committee see this as strong result for the next cycle.

EN: Any insights on the competition venue itself?

CP: I have never been there before, but always heard it was a nice venue. There’s a nice open galloping track built by Eric Winter, good arenas and amazing hospitality. Not much else you could ask for!

EN: Do you plan to also compete in the Pan American Games next year?

CP: Yes, we’re hoping to build a strong team for next year’s Pan-Ams. We have been able to keep the pressure on the USA for the last two Pan Ams. We would like to keep it that way or go one better! 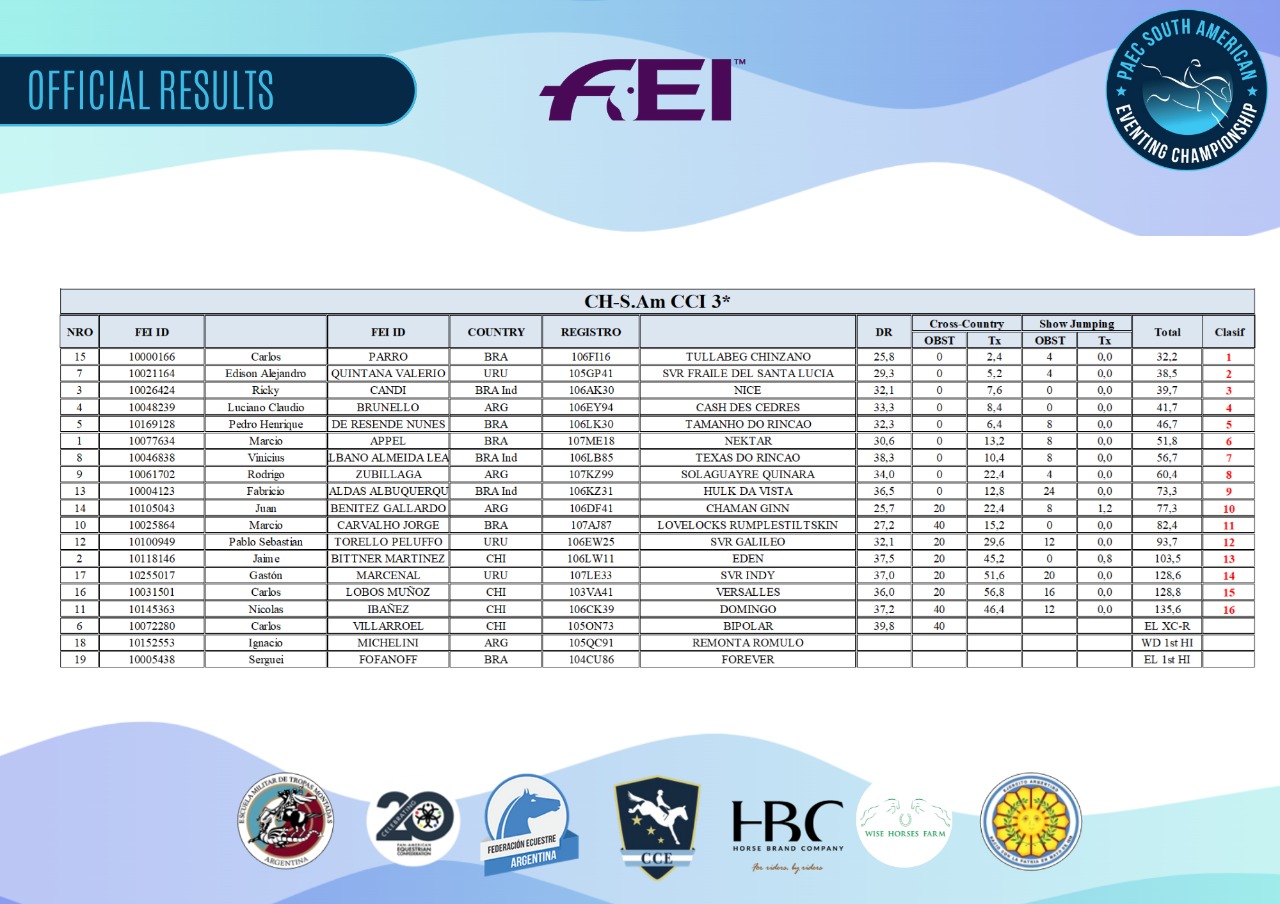 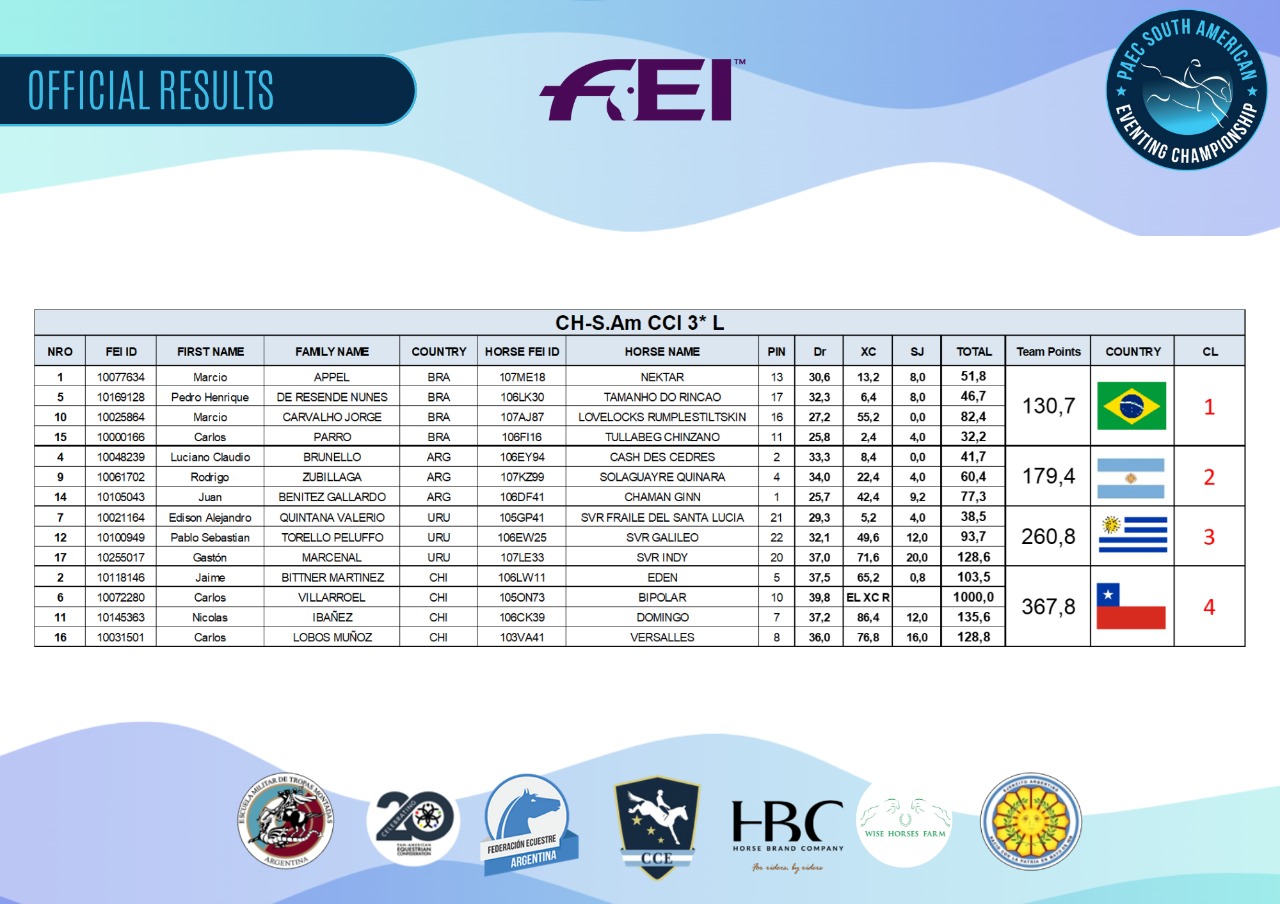