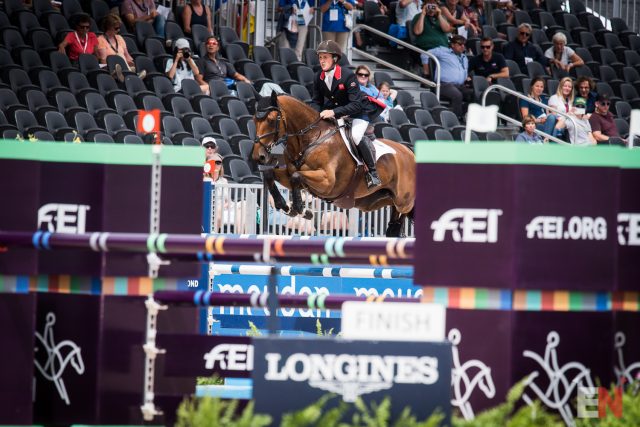 Gold medal favourites — and reigning European Champions — Great Britain have announced this morning that Tom McEwen and Toledo de Kerser, who rode as part of last year’s gold medal-winning team at the Tryon World Equestrian Games, have withdrawn from this week’s Longines FEI European Eventing Championships at the eleventh hour, citing a minor injury as the cause.

“Toledo de Kerser is no longer fit to compete following a minor incident during routine work at home,” said Team GBR in an official statement.

Although Tom had been named to the team with a reserve horse — the Belton-winning Figaro van het Broekxhof — he had opted to run the gelding in the Event Rider Masters CCI4*-S at Millstreet over the weekend, precluding his chance of a call-up. Instead, experienced team competitor Pippa Funnell gets the nod. She’ll ride her own and Marek Sebastak’s Majas Hope, with whom she enjoyed a successful trip as pathfinder at Badminton this year. 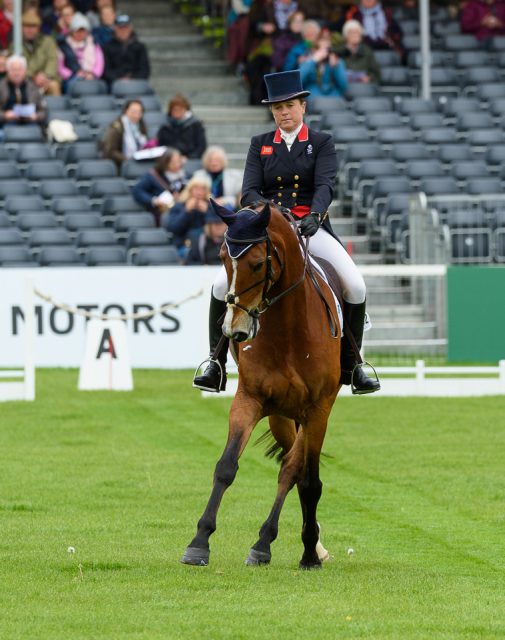 “I’m very sad for Tom not being able to represent his country on this occasion,” said Vikki Underwood, Team GBR’s Performance Director. “The welfare of the horse is our paramount concern, and this talented partnership will no doubt represent us again in the future. We are absolutely confident that Pippa will be the perfect replacement because she brings such a wealth of experience and team spirit.”

Chef d’equipe Dickie Waygood agreed: “This is a sad loss for us, and obviously disappointing for Tom and all his connections, but we still have an exceptionally strong team heading to Luhmuhlen.”

Tom, who has piloted Toledo to a silver medal at the Seven-Year-Old World Championships, a win in Bramham’s Under-25 CCI4*-L, and top ten finishes at Badminton, Burghley, the British Open Championship, and Burgham, commented: “Obviously I’m very disappointed not to be competing in Luhmühlen. This was a very minor accident but given how close we are to the Championships, I thought the most prudent step was to withdraw. The welfare of my horses is always my number one priority, and I would not consider competing Toledo de Kerser unless he was on top form. As upset as I am not to be travelling with the team to Germany, I will absolutely be cheering them on back home.”

We wish a speedy recovery to Toledo de Kerser as Tom and his support team make the next steps on their Tokyo trail.