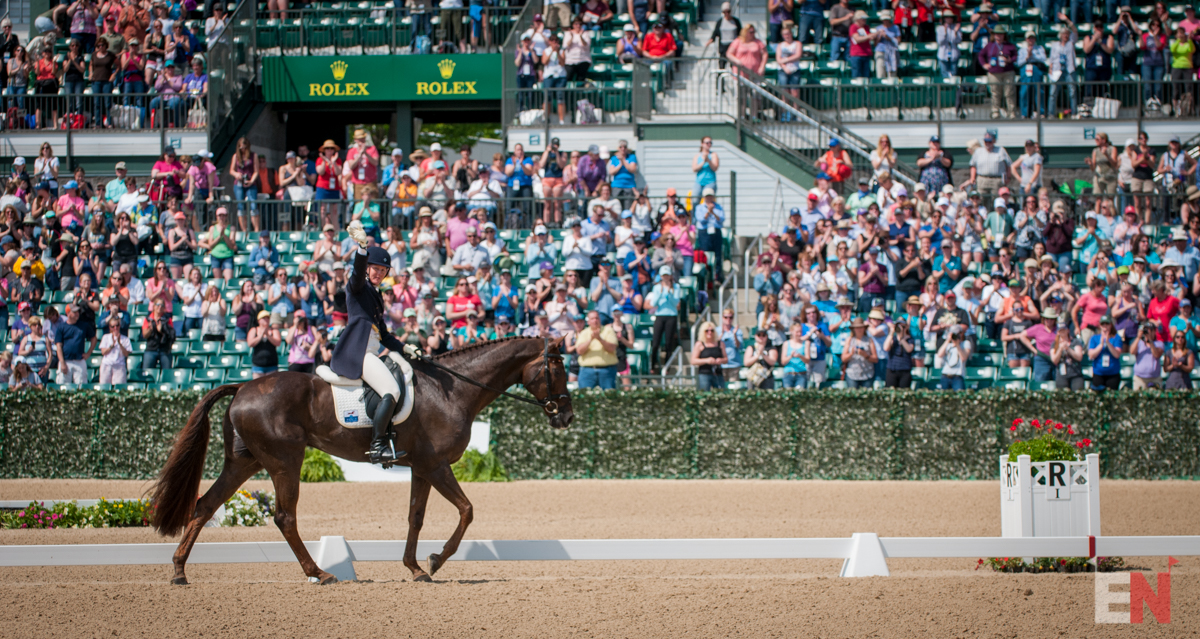 In a moment that was sure to bring the house down from the moment it was announced, Allison Springer and Arthur took the Rolex stage one final time ahead of Arthur’s retirement from competition to contest one final dressage test this afternoon.

It was a packed house full of adoring fans, and Allison and Arthur entered the arena with their typical poise and focus. While we aren’t sure what the test would have scored, it was lovely from the beginning and surely would have been near the top had it been a part of the judged rides.

If it was emotional for those of us watching, it was tenfold for Allison. “I cried every step of the way down that ramp,” she said. “Coming around the turn to the warm-up, I cried a bit. I got it together to have a nice final warm-up, but it was so emotional to go in there and hear everyone cheering.”

As much as this horse means to Allison, it is still special to her that Arthur has touched so many lives throughout his career. “All of the letters I’ve gotten over the years from people who have had difficult horses or who just have had that special bond mean so much. And what a gift to be able to learn from such an amazing animal.”

While Arthur will no longer event, Allison confirmed that he’s received the thumbs up to still dabble in pure dressage or show jumping. Allison is entertaining the idea of competing in Prix St. Georges level dressage with him, and she’s looking forward to enjoying life with her horse. “He’s certainly not ready to retire, and he doesn’t know that his weekend is over. He’s been staring at that cross country all day.”

A bitter sweet moment with Allison Springer & Arthur with their tribute ride today. Such a beautiful & wonderful boy! But he’s going to dominate in the dressage!! #byearthur #rk3de #horseshows #tribute #amazinghorse #kentuckyhorsepark

Allison is quick to thank the village that has supported her and Arthur over the years, including the grooms who have had him in their care as well as her veterinary team that has been with her from day one. “I am just so blessed to have had so many wonderful people supporting us,” she said.

And, for anyone wondering what Allison’s score would have been, she was informed that her test was available to be picked up, so she has told EN that she will let us know when she finds out her score! Not that we are judges, but we thought it looked pretty competitive.

Social media immediately exploded with love for the liver chestnut, with whom Allison has worked to the tune of 38 FEI completions, including a USEF National Championship and an overall second place finish at the Rolex Kentucky CCI4* in 2012, as well as a sixth place finish at Burghley later that year.

A post shared by Practical Horseman Magazine (@practicalhorseman) on Apr 28, 2017 at 3:15pm PDT

We here at EN would like to wish Arthur the most blissful of retirements. Enjoy it, friend, you’ve truly earned it. Thank you for the memories. 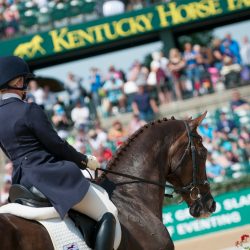 Allison Springer was the first five-star rider to don a helmet in the first phase. Leslie Threlkeld Photo. 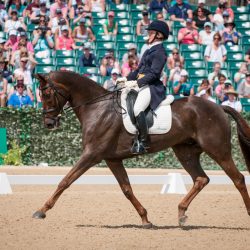 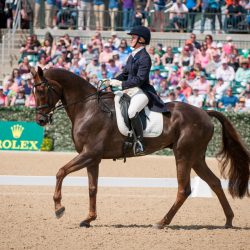 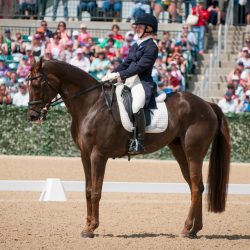 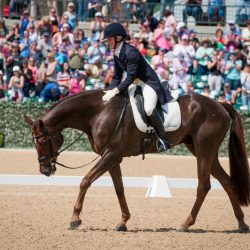 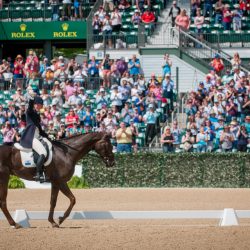 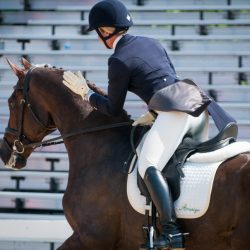 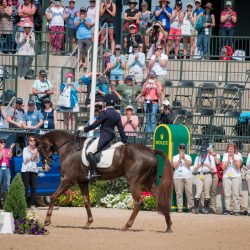