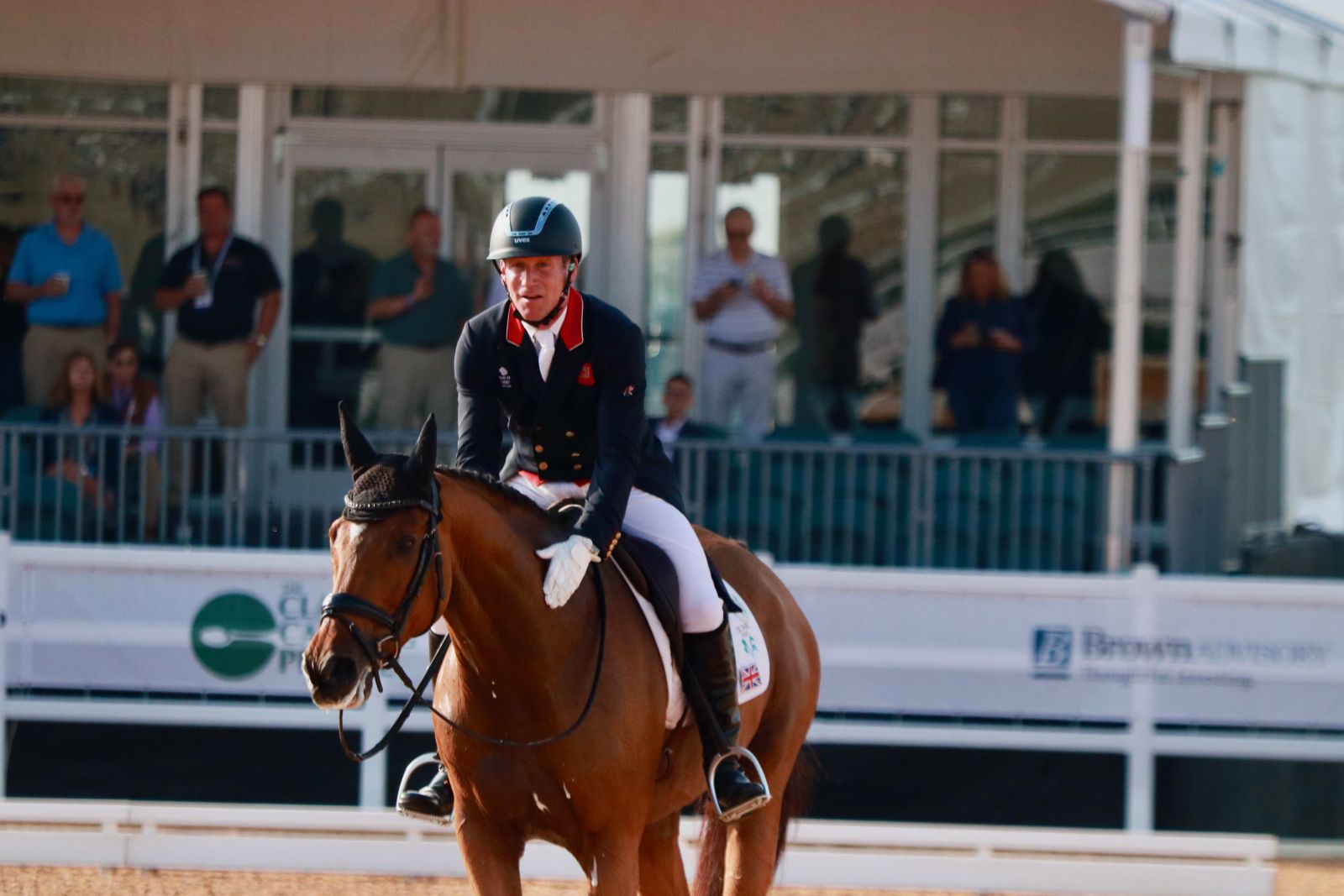 Oliver Townend and Ulises after their Maryland test. Photo by Sally Spickard.

Scanning the CCI3*-L entry list at the Maryland 5 Star, a familiar British face appears, entered on an American (and a local one, at that) horse. That’s right: Oliver Townend is catch-riding Juli Sebring’s Ulises, who is a former ride of his that he competed up through the CCI4* level in England.

Juli purchased Ulises earlier this year and set about forming a partnership with him. She worked hard to get her qualifications in order for the 3*L, but “there just came a point in time where I knew we weren’t going to make it,” she explained. “I was having to run him so much, and I didn’t want to break him in the process.” 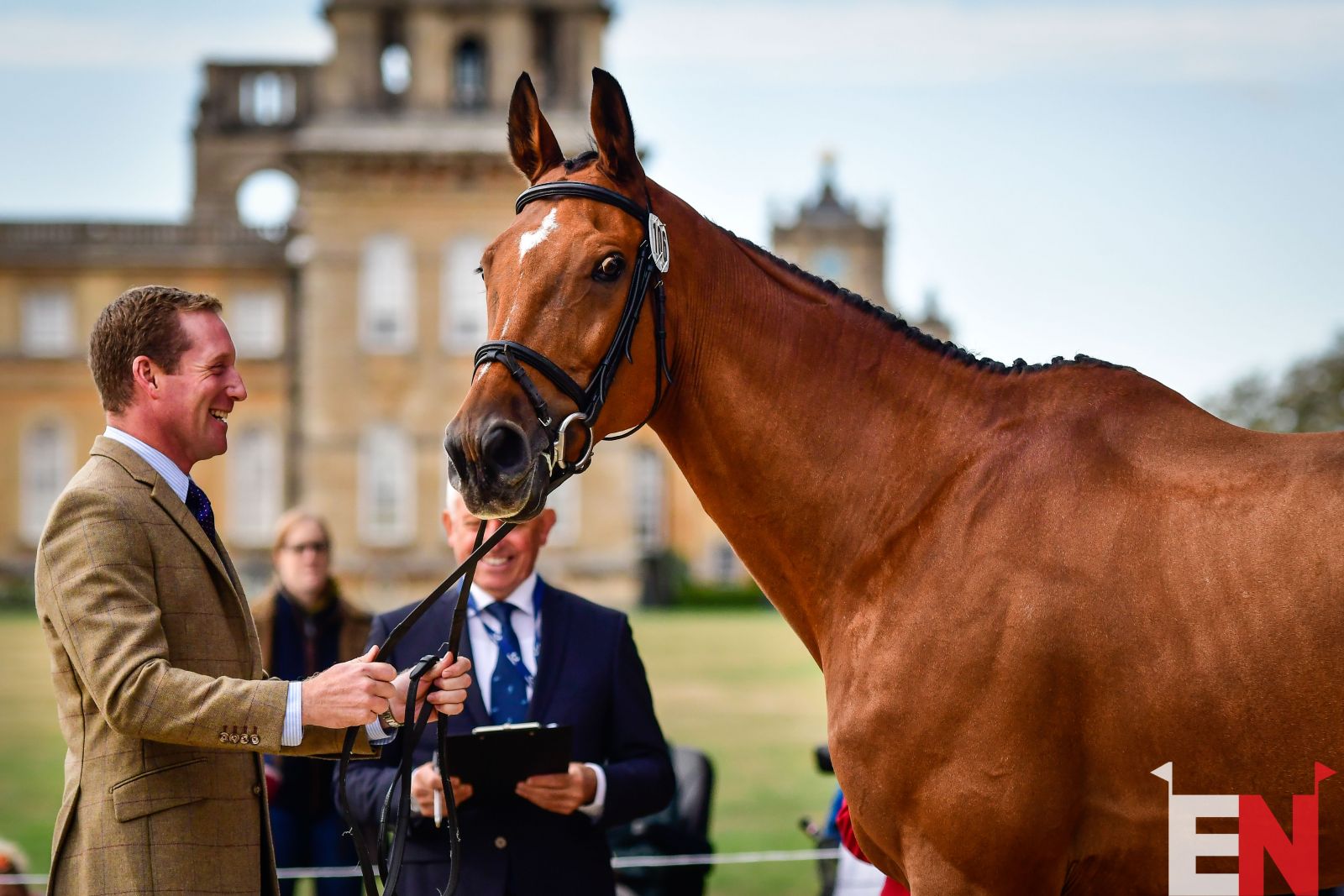 So, on a whim, she sent an email across the pond.

Ulises got his competitive start with Andrew Nicholson back in 2012, eventually moving up through the Advanced and former 3* level before the ride went to Oliver in 2016. He would continue gaining Advanced mileage with Oliver, picking up a fourth place finish in the CCI4*-L at Ballendenisk in 2019, qualifying for the CCI5* level as well. 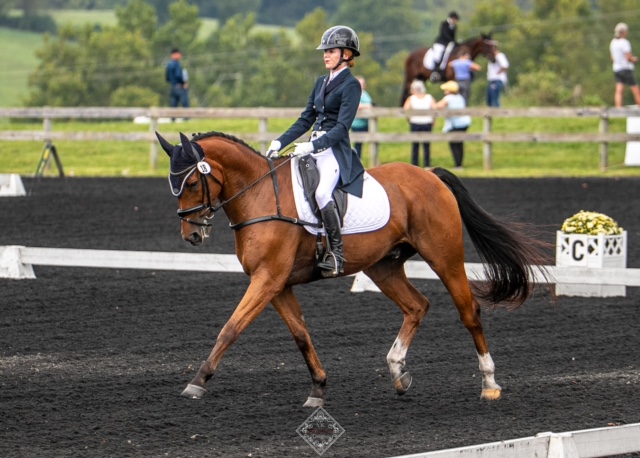 But Oliver hadn’t seen Ulises for two years, and Juli had purchased Ulises through Andrew Williams after he’d been back with his former owner, Corrina Bithell, since 2020. “I wasn’t sure what he’d say, seeing how I’d never talked to him before,” Juli laughed. 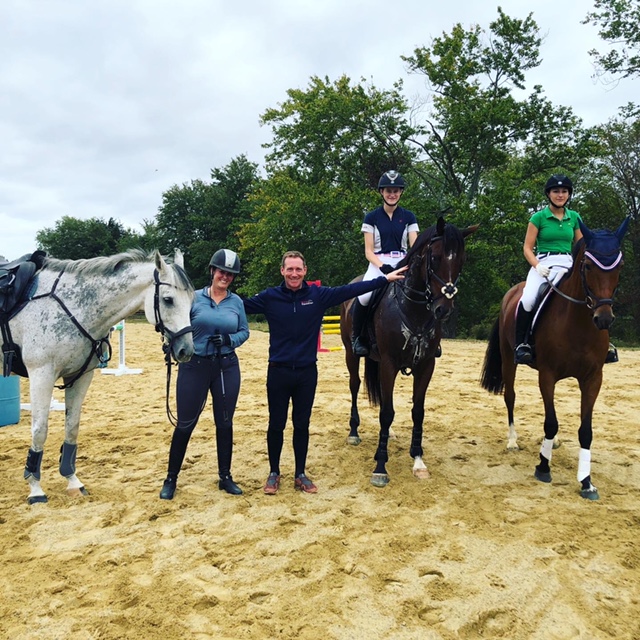 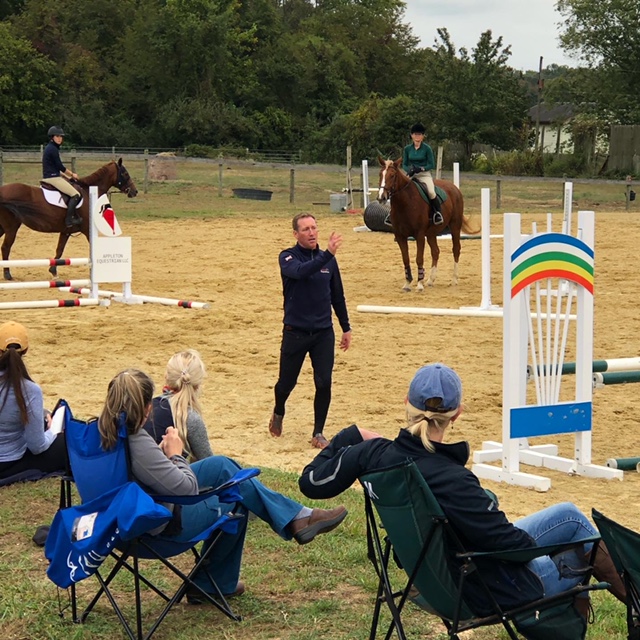 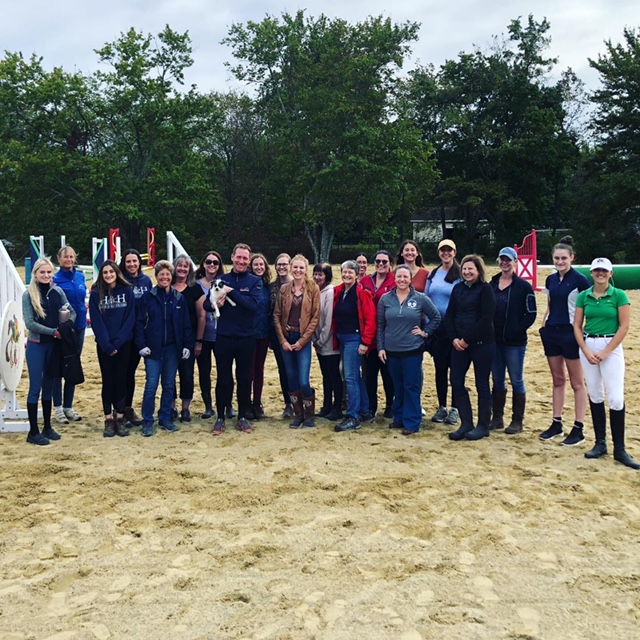 Oliver was quick to respond though, saying he’d love to take a spin around on his former pal and even agreeing to teach a couple of lessons while he was at Juli Sebring’s Appleton Equestrian, which essentially backs right up to the Fair Hill property. Below are some tidbits and tips from Oliver’s lessons, as told by Juli:

You can catch Juli and her team cheering on their hometown hero all weekend long in these adorable matching shirts: 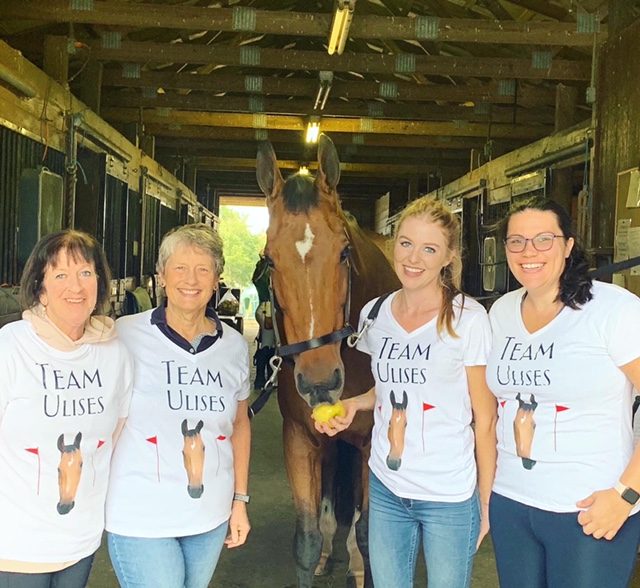 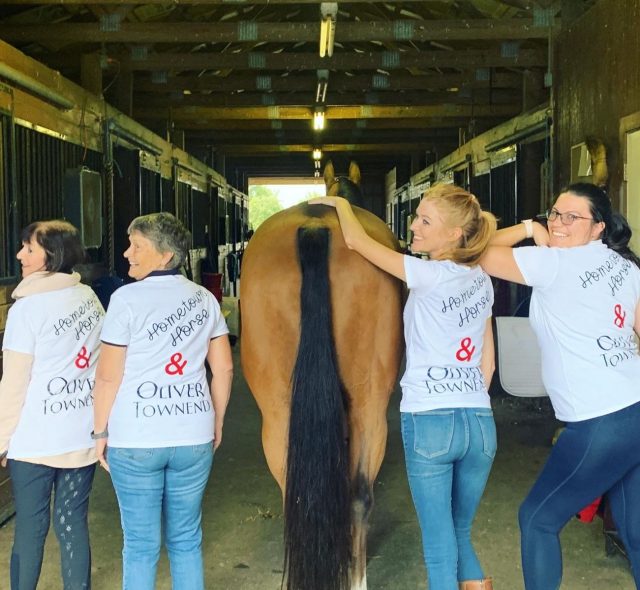 This morning, Oliver and Ulises scored a 29.4 in their dressage test, putting them into 10th place provisionally with the last third or so of the CCI3*-L yet to see. 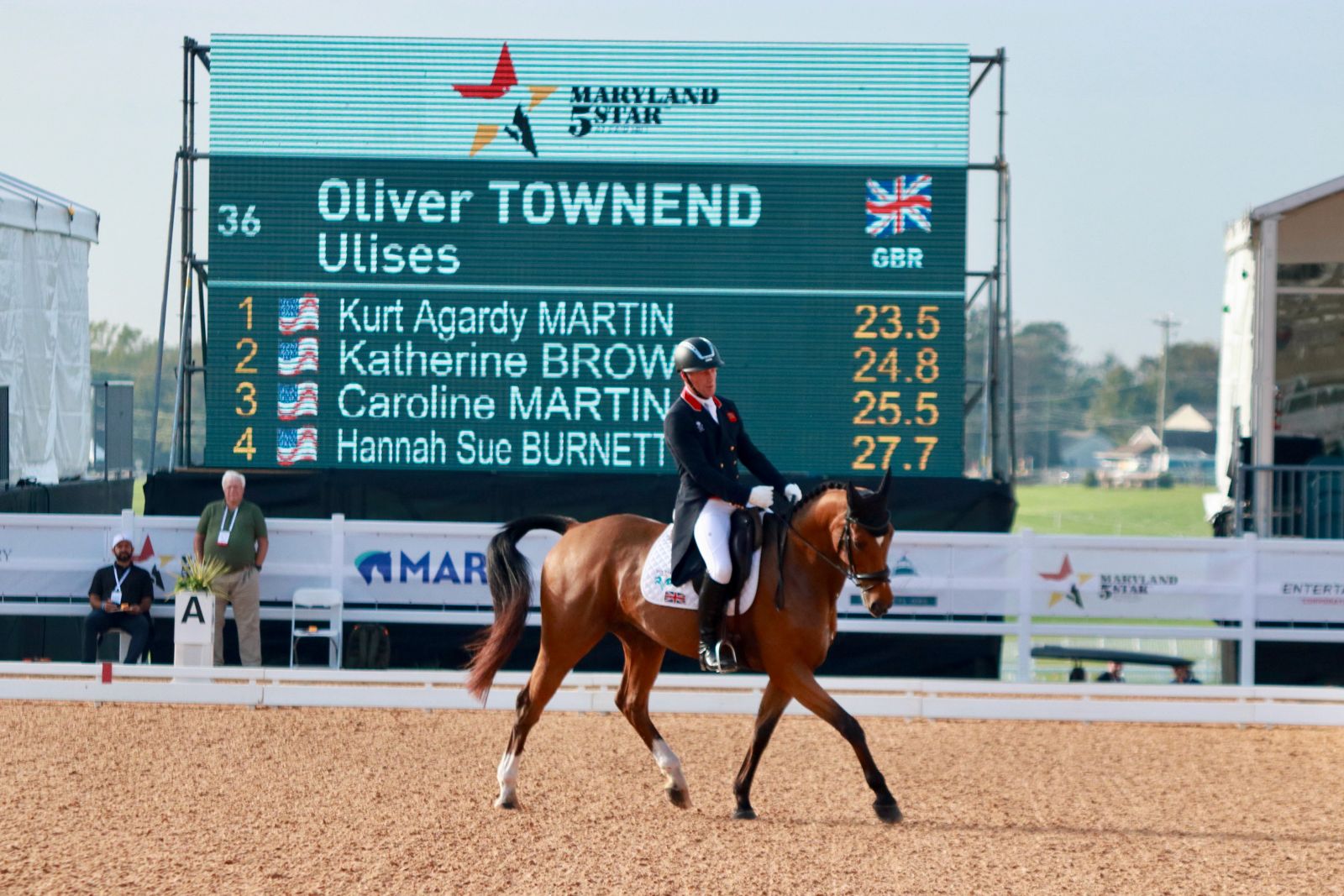 We’ll be cheering on, too! Go Eventing.