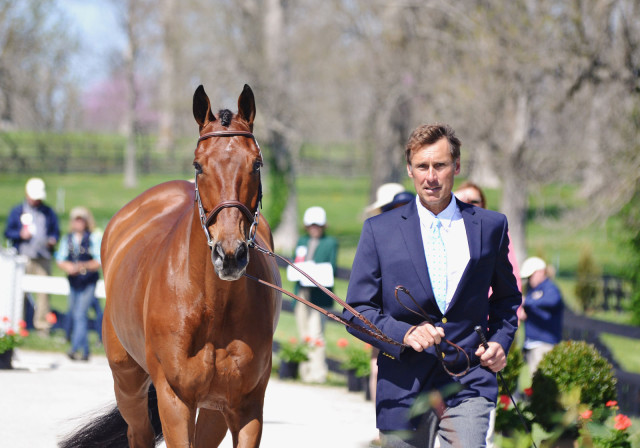 Kevin Keane and Fernhill Flutter at Kentucky in 2014. Photo by Jenni Autry.

Our sincere condolences to Fernhill Flutter‘s connections, who lost the 18-year-old Irish Sport Horse gelding yesterday unexpectedly due to colic. Every effort was made to save his life, but during surgery it was found that the damage was too severe to fix.

“Butterfly” rose to the five-star level with owner Kevin Keane in the irons, completing Kentucky in 2014 — a memorably happy finish for Kevin’s many friends and supporters. They had several top finishes at the four-star level, cracking the top 10 at Bromont and Fair Hill. He went on to compete with Morgan McCue as well as Natasha Erschen, who has owned him since 2017 and competed him through the Intermediate level. Most recently he was being leased to a young rider, Nell Nicastro, and reportedly had a blast around Pine Top this spring at Training level.

Sara Kozumplik Murphy, who trained Natasha, recalls having Butterfly in the barn and says that “he was beautifully taken care of and loved deeply” by her.

“As many of you know Butterfly was a character,” Sara says. “He liked to pretend to be grumpy but was really quite a softy when you laughed at and appreciated him. He taught hard lessons, but he also made dreams come true, had a huge heart, and kept riders safe. Watching him and Kevin jump beautifully around Kentucky in 2014 was an inspiration to riders all over the world, especially those with a full time job. I’ll simply say that we are all heartbroken to lose this absolute legend of a horse and leave Tasha and Kevin who loved him the most take it from here.” 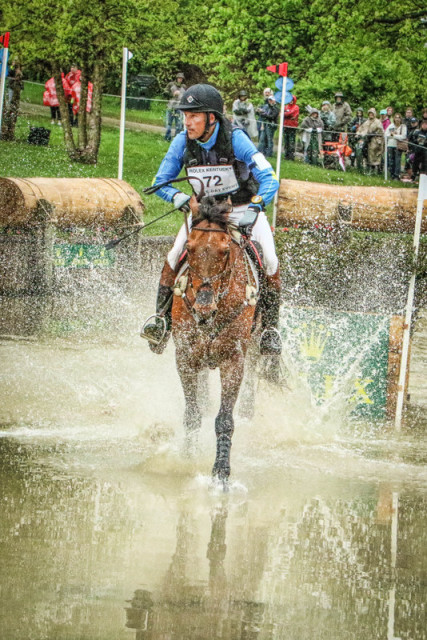 Kevin Keane on Fernhill Flutter jumping into the Head of the Lake at Kentucky. Photo by Cindy Lawler.

The story of Kevin and Butterfly is a sweet one. In 2010 Kevin came home from Rolex with a dream that has motivated so many riders to want to ride at the Advanced level … he wanted to jump around Kentucky himself! His coach, Phillip Dutton, found a horse in Europe through Carol Gee and in no time he was in England to try him out. Unfortunately he didn’t like him ONE BIT so of course in true Irish fashion, others were brought out of the stable for him to sit on. One of them was Butterfly.

“I got on him and only jumped four jumps, and the next day I got to go watch him compete in a small local horse trial,” Kevin says. “He had a very good professional on him but didn’t go clear on the cross country! However when I saw his gallop I bought him nonetheless, and the rest is pretty much history. He had his own peculiarities in that he would only jump from one type of ride, which was going forward to a deep distance. I learned accuracy from him or else I would have a 20 on my score card!”

“He had a beautiful mouth and a tremendous gallop that came from the mostly thoroughbred blood pumping through his veins. I learned a tremendous amount from him and was lucky enough to finish third in two four stars, and to finish in the top half at Kentucky, a week I will never forget. He ended up with Natasha, and she was so kind to him. She truly loved him.” 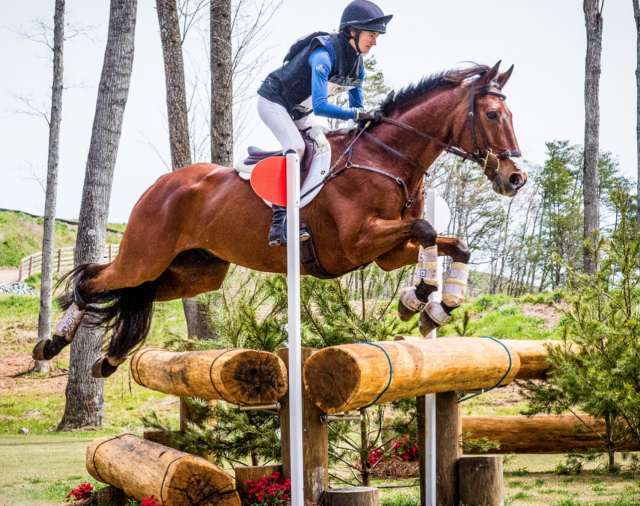 Natasha shares her memory of this special horse, who touched so many lives: “Butterfly was a very special horse to many people and I was lucky enough to share a part of his life. He was a member of the family, my best friend and the best teacher I could of had. He taught me through the highs and lows of this sport. He took me to my first intermediate, my first three-star, and gave me my first FEI win, but he also showed me when I was wrong, which ended up teaching me the most.”

“He was also quite the character in the barn, whether he was licking my hand while pinning his ears back at the same time or walking himself in from his pasture to his stall in the morning, because he couldn’t wait to eat his breakfast,” she says. “He was addicted to Mrs. Pastures cookies and would get into the treat bucket almost everyday. I had many great memories during my riding career with him, but my favorite memories were simply being in his presence. I wished for many more years with him, but I will cherish every memory I was fortunate enough to have with him. He was loved by many and will always be remembered.” 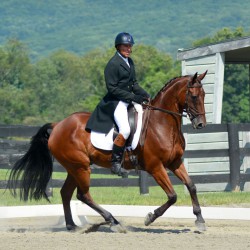 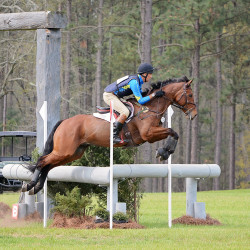 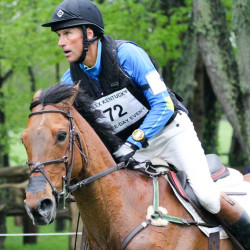 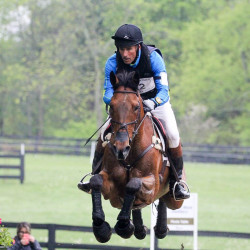 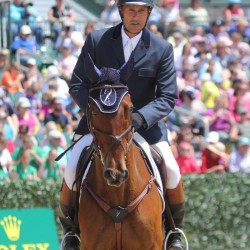 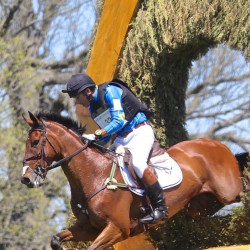 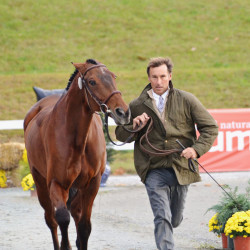 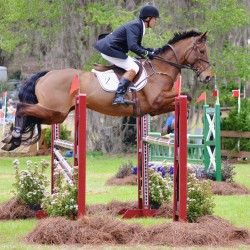 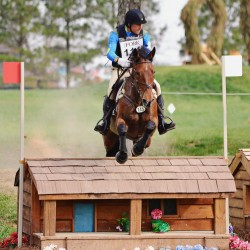 Kevin Keane and Fernhill Flutter at The Fork. Photo by Jenni Autry.