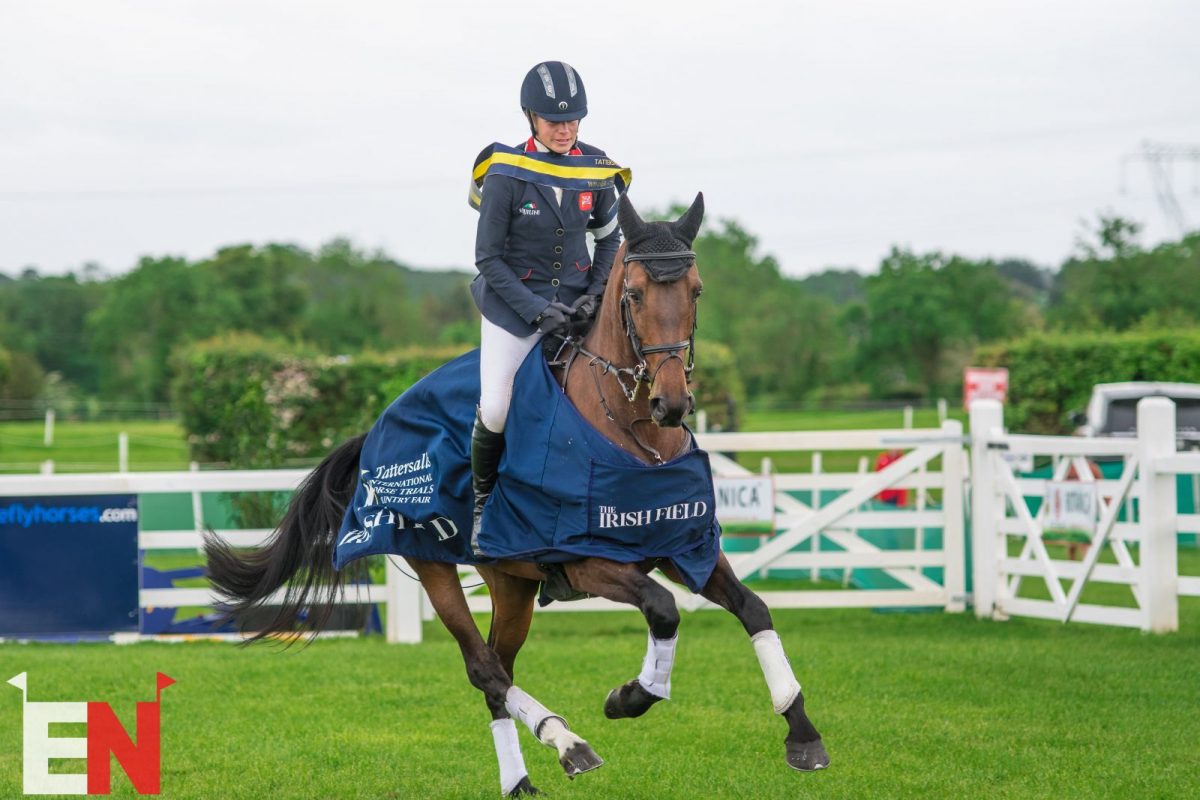 Three-time Tattersalls winner Izzy Taylor and PSH Gazelle will be Tattersalls’ final CCI4*-L victor. Photo from her victory lap at the 2019 event, by Tilly Berendt.

Ireland’s Tattersalls International Horse Trials, held in early summer each year in in Co Meath, Ireland, is withdrawing its fixture from the FEI eventing calendar. Tattersalls is an event oft attended by U.S. riders; last year Will Coleman and Off the Record finished 3rd in the CCI4*-L. This year’s edition, scheduled for May 27-31, was canceled due to the pandemic.

The event released a statement today:

“It is with great regret that Tattersalls have announced that they are to withdraw from hosting and sponsoring the Tattersalls International Horse Trials. First established by the late George Mernagh in 2006, the annual event had become a popular feature in the international horse trials calendar.

“Despite the tireless efforts of the Organising Committee and the generous support of the ‘George Mernagh Memorial Fund’ which was set up in 2012 following the death of George Mernagh, the commercial realities of staging such an event have proved insurmountable and the Trustees of the ‘George Mernagh Memorial Fund’ have concluded that the Trust can best achieve its long term objectives of promoting youth participation in Irish equestrian sports by supporting a broader range of equestrian disciplines.

“Tattersalls will continue to host equestrian sports at the Tattersalls Ireland site in Fairyhouse. Several national events, as well as the successful July Horse Show, are already held at the venue.

” ‘I would like to thank our Organising Committee led by Jean Mitchell MBE, our various sponsors at all levels, and those who volunteered on an annual basis, for making the Tattersalls International Horse Trials an event of which the country could be proud. I would also like to thank the many owners and riders from all over the world who supported this event over many years. Sadly, due to the financial challenges that all of us are facing following the coronavirus outbreak, we regrettably feel unable to continue hosting such a large and costly international event, coming as it does in the middle of a very busy sales period for the company. I would also like to pay particular tribute to the Trustees of the ‘George Mernagh Memorial Fund’ without whose financial support this difficult decision would have inevitably come sooner.

” ‘I look forward to Tattersalls continuing to host equestrian events at Fairyhouse, including our successful July Show, which is run annually for the St. Francis Hospice in Blanchardstown. In the meantime, all of us involved in the Tattersalls International Horse Trials can look back with pride on what the event achieved in its 15 years and the contribution it has made to the sport of Eventing in Ireland.’ “

We thank Tattersalls for its many years of service for our sport. Go Eventing.