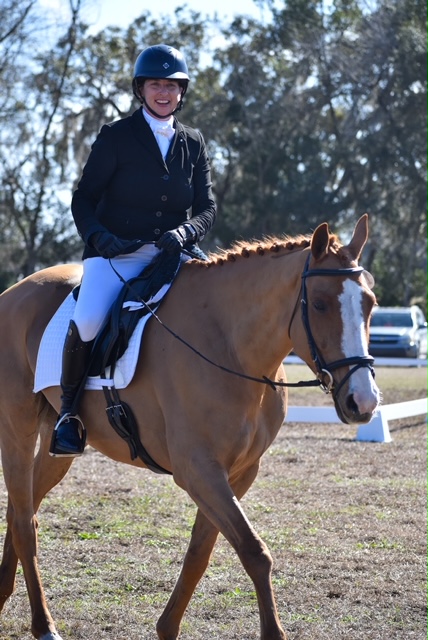 Crissa Gillette had gone down the path many amateurs can relate to: she’d ridden as a younger teen and adult before settling down to start a family and putting riding competitively on the back burner. When she turned 40, she looked in the mirror and asked herself what she was going to do with her riding, now that her son was getting older and she had more time and energy to focus on herself once more.

“It’s time to figure out what’s good for you,” she told herself.

A former eventer turned mom/trail rider/dressage rider, Crissa had always missed the jumping. So she set a goal to return to eventing and work toward a horse trial in the coming years, the beginning of a new chapter that would eventually lead her to Zach and Hannah Ketelboeter at Terranova Equestrian Center in Myakka City, Fl.

As is the case with many amateurs, Crissa had ended up with a horse that was “more talented than I was,” as she describes. “Like many of us middle-aged women do, I looked at a lot of horses online and bought a horse sight unseen. I’ve learned how important it is to have a good trainer educating you during the buying process.”

It was a learning process for Crissa, who credits Zach for his patience and willingness to educate his client without making her lose confidence. “We’ve put in a lot of work together over the last few years, and he has put up with more than a few tears as we went through two ‘wrong fit’ horses,” she recalled.

Struggling to find the right partner is enough to damage any rider’s confidence, but Crissa felt safe with her coaches, who helped her navigate the process of finding a more suitable partnership for her experience and goals. 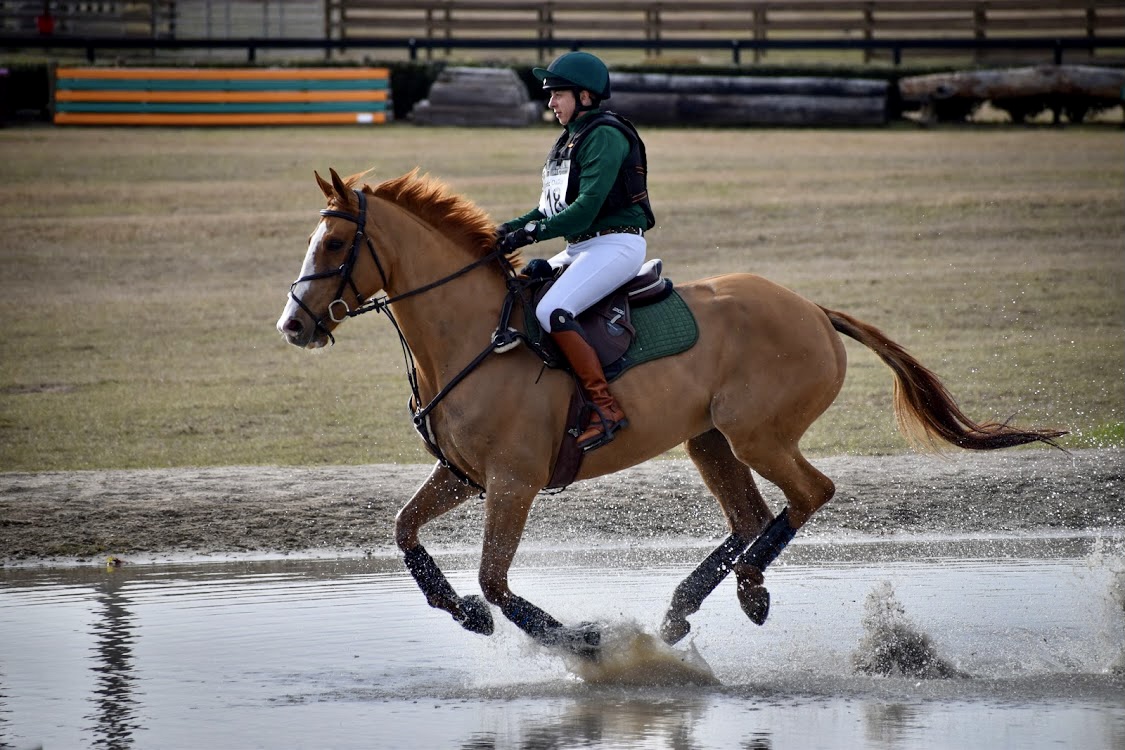 It was Zach who first floated the idea of buying an Irish Sport Horse – a breed well-known for its consistent affable nature that makes for a great amateur-friendly ride – to Crissa. The idea was planted, and with the approach of the season’s Goresbridge ‘Go for Gold’ Select Event Horse Sale, Crissa began perusing the online catalog.

This year’s ‘Go for Gold’ sale was much different than years past thanks to the effects of the coronavirus pandemic. Unable to host a large number of people, and cognizant of the fact that international travel was down or restricted, Goresbridge organizers Martin and Mary Frances Donahoe created a virtual model for this year’s auction. A live stream of each lot as well as a robust digital catalog was provided in advance of the sale, during which buyers could place their bids via phone or online.

Meanwhile, back at her computer window shopping with Zach and Hannah, who were looking for a few horses of their own, Crissa asked herself what she was looking for in her new horse. “What is important to me? Safe and fun? Absolutely. Able to do a five-star? Absolutely never,” she recalled. “And in this auction, there was a horse for everyone, from the pros to the amateurs.”

It was an easygoing chestnut gelding that caught Crissa’s eye. Lot number one, EPA Wildfire (Carlo Bank – Clongeel Lady, by Kahtan), was featured in Eventing Nation’s ‘Go for Gold’ Wishlist and possessed a kind eye and a quiet, willing demeanor. In short, he looked like the perfect amateur’s horse – and Crissa agreed. 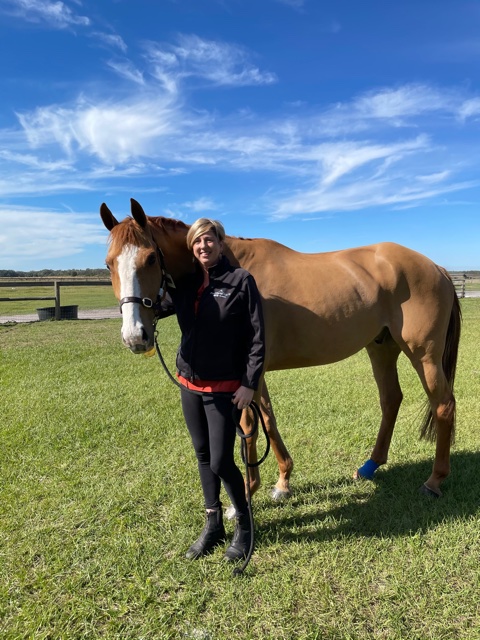 “As an adult rider now, I do have a heavier focus on safety,” Crissa explained. “I have a family, a life outside of riding, a career to think of. And it has to be fun! There is a reason we go to the barn every day and connect with these animals. All of these things require a horse that allows you to go out and do things and be able to relax. This has become more important as I’ve gotten older.”

For it being her first experience in an auction format – and a virtual one, at that – Crissa said the Goresbridge team and their partners made the entire process seamless. “From the time I placed the bid and received the phone call that I’d won to the time he showed up, we knew every step along the way and were kept informed of how the horses were doing,” she said. The Ketelboeters had also purchased a handful of horses who made the trip to Florida with EPA Wildfire, or Liam as he is now known at home.

Crissa and Liam got right to work, winning their very first Beginner Novice event together at Majestic Oaks in January. “Liam arrived with this puppy dog personality and was right in my pocket,” Crissa said of her new partner. “It’s a testament to the breed and the upbringing he received.” 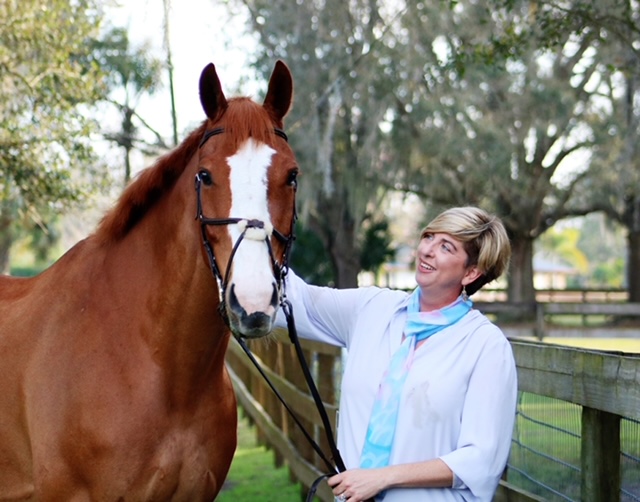 EPA Wildfire was brought along by Felicity Ward and Elizabeth Ahern, who typically only produce one special horse each year for the Goresbridge sales. Liam got a later start to his training, originally kept by his breeder as a personal horse. “He really is an old soul,” Crissa described. “You can tell he has been very well-produced.”

Crissa plans to enjoy the sport with Liam and also with her son, Laughlin, who has also begun eventing. With the right partner, Crissa sees possibility where she used to see limitation. “It almost feels like my goals have gotten more intense in the last month because I have the right partner,” she said. “Liam has become a part of my family very quickly, and now I feel like I actually have things I can set out and achieve. I bought him as an experiment, and he has truly been everything I could have dreamed of.”