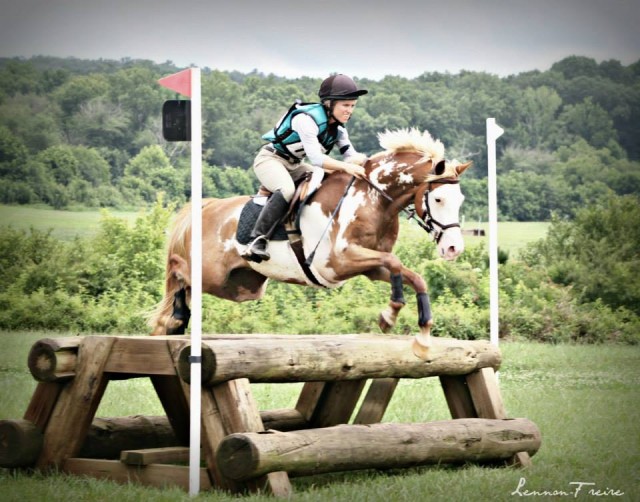 Katie Bartz and As You Wish. Photo courtesy of Kimberly Lennon-Freire.

We posted Elisa Wallace’s helmet cam earlier this week from Poplar Place aboard the fabulous little pony, As You Wish. Per request, we learned more about this intriguing pony and now have the full scoop on “Westley” and how he came to be an event horse.

Katie Bartz is a longtime student of Elisa’s and was searching for a horse who would fit her petite, 5-foot frame. Elisa and Katie searched high and low for a suitable horse and eventually stumbled on As You Wish. A 5-year-old at the time, the half British Riding Pony and half Quarter Horse/Paint pony had been used as a stud and branded as an American Sport Pony before being gelded and prepared for a new career.

“The breeder let us come out to try him several times,” Elisa said. “She had a barrel and a round pen, so I did some work with him to see if he had any sort of jumping talent. He was green, but he was willing to give it a shot, and I think that if you can find a horse with the will to try something, you can generally instill the confidence needed to progress.” As You Wish fit Katie well, and soon enough, the 14.1 pony was on his way to join the event world. 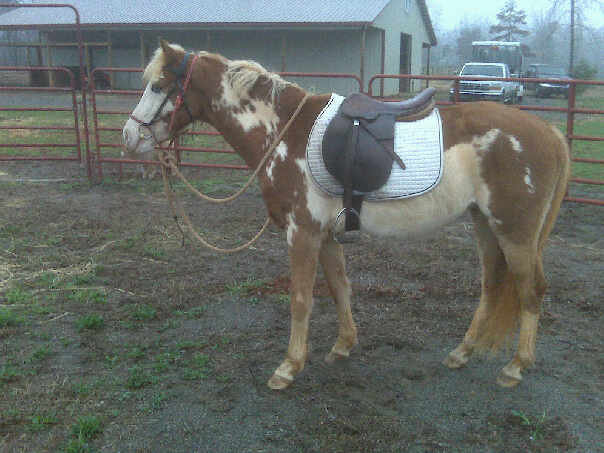 Westley on the first day Elisa and Katie tried him. Photo by Elisa Wallace.

As You Wish, or Westley, got his name from “The Princess Bride” character Westley, who’s characteristic line was “as you wish.” Westley quickly took to jumping; in fact, both Elisa and Katie were surprised at just how well he jumped. “Katie had to learn to stick his jump, as he tends to have a lot of power off the ground,” Elisa explained. “But he is honest as the day is blue, and even though he is more refined you still feel the power when you’re galloping him cross country.”

Elisa said that Westley is a bit quirky, as many intelligent horses tend to be. “He can be a little funny about the girth, and he loves Katie but he and I have more of a trainer-student relationship,” Elisa said with a laugh. “He knows I’m the trainer, and he will do anything for me but that doesn’t mean he necessarily loves me. He can be a bit cocky, but at the same time you can put a beginner on him and he will take care of them.” Elisa has also implemented some of the training she uses with her string of mustangs, including teaching the pony to ride sans bridle and how to smile. 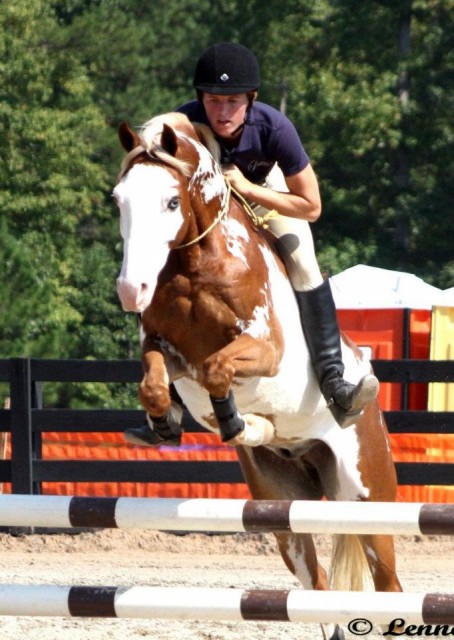 Elisa and Westley showing off their bridleless maneuvers. Photo courtesy of Kimberly Lennon-Freire.

Westley impressively runs Preliminary barefoot and has no issues with footing or soundness so far. Elisa has schooled him through Intermediate and says that he has no issues with the increased technicality and height. His owner, Katie, currently competes at Training level, and the goal is for the pair to move up to Preliminary in the near future. “It takes time to get them to that point,” Elisa said. “When you ride a pony, you have to go in with the mindset that they can jump the moon. If there is any little bit of doubt, they will begin to doubt too.” Elisa has been working with Katie and Westley to really fine tune their flatwork and jumping technique to ensure that they are as prepared as possible for their move up. 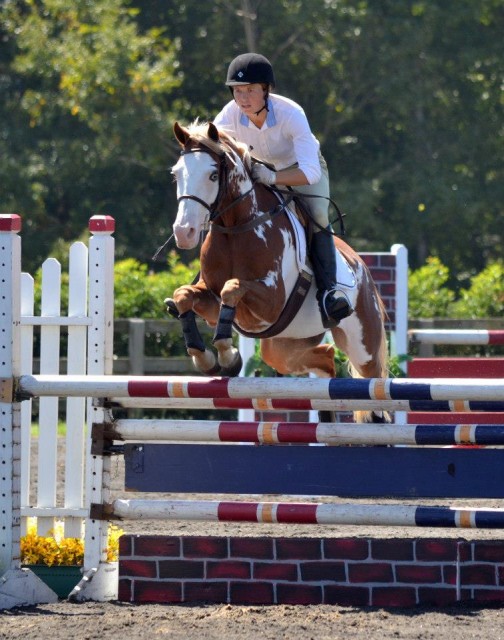 In the meantime, Elisa will continue to give Westley mileage at Preliminary, where he continues to excel. Most recently, placed fourth in the Preliminary division at Poplar Place, and next Elisa is aiming for another run at Preliminary in Ocala. “We definitely have big goals for him. He’s been a perfect pony for Katie,” Elisa said. “Ever since we got him, we’ve had people offer to buy him, but the fact is that he is priceless to us and he is truly one in a million. You can’t put a price tag on him because he is irreplaceable.”