"A Horse of a Different Color" features horses and ponies that have been successful in the sport of eventing while representing a unique breed. This week, Melissa Laird shares the store of her off-colored horse, Austin. Do you have a horse that you think would be a great feature subject? If so, email [email protected] 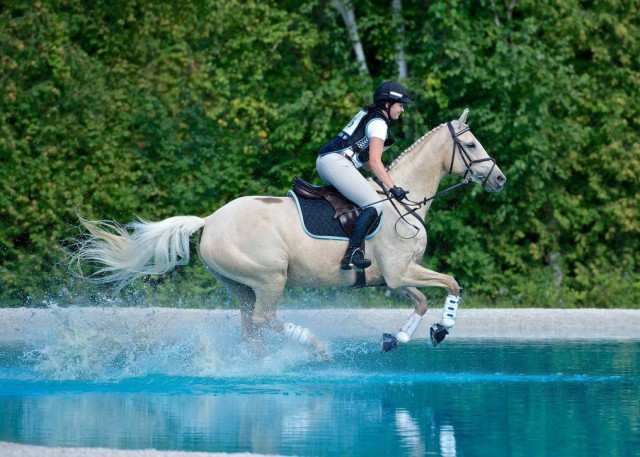 Austin is not a rare breed, but he is a lovely shade of blonde. He is a 7-year-old Palomino gelding by Guaranteed Gold (Cremello TB) out of Bauhaus (Dutch WB/TB). I bought Austin three days before his third birthday as an unbroke, scrawny little guy from his breeder, Christine Hahn of Ontario.

I backed him myself and have been his only rider ever since. He was a dream to break, acting as if he’d been a riding horse his entire life! He’s always had an excellent work ethic and loves to be ridden. I always thought people were crazy when they would say their horses enjoyed going in the show ring, but Austin really is one of those horses.

We can have a bad warm up, or run out of time, or something might throw us off our game but he goes into the dressage ring, or show jumping or leaves the start box and he just perks right up. It’s really funny because he will be the biggest grump in the barn, but as soon as he’s tacked up, he goes to his happy place.

I took him to a couple schooling shows as a four-year-old, but he didn’t do his first full event at Entry level until he was five. He handled everything like an old pro except for maybe over-jumping a few of those little jumps. We ended up coming home with first place after a great dressage test and going double clear. 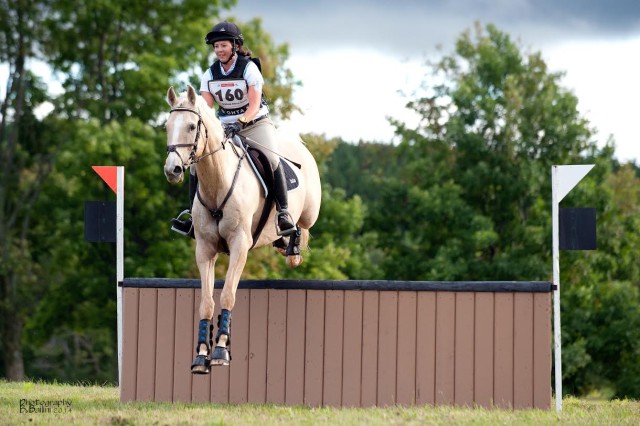 I suffered a back injury that summer and was unfortunately unable to ride at all for six months immediately after that event. Winter came along, and I was able to start riding again and worked slowly to gain my strength back. We worked diligently all winter to get back to where we were originally, even debated upgrading him to Pre-Training in the coming season.

When show season rolled around, Austin was handling everything we were throwing at him so we decided to just go for it and see how he did. Yet again, we came home with first place. I was so proud of him! We continued to compete at Pre-Training for the 2013 show season, continuously winning or placing in the top three.

He is such a reliable partner and even without having a ton of experience under his belt, he would regularly save me on course if I made a mistake. He genuinely loves being out on cross country and really keeps looking for the next fence. We ended up going to the Ontario Horse Trials Championships at Cedar Run Horse Trials and we were in second going into show jumping.

The course was very difficult with a ton of rails and only two clear rounds for the entire division. Yet again, Austin proved that he was a competitor and my little super star and we pulled off a clean round winning us the Champion title. I was absolutely thrilled and couldn’t stop smiling. We ended the year as the Year End High Point Champion for Senior Pre-Training. 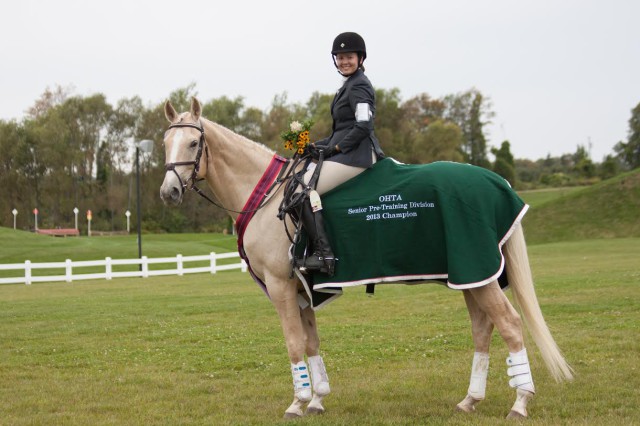 This year, we did one event at Pre-Training to start us off, but decided he was ready for  the upgrade to Training.  After competing for the last 12 years of my life, I have never competed at Training and was pretty terrified to be honest. I was confident that Austin would always try his best though and thought ‘why not?’

Sure enough, we entered our first Training level event at Grandview Horse Trials and put in a solid dressage test and actually went double clear in both jumping phases. We came home with first place again. What an accomplishment! I was thrilled, Austin was tired… He pulled out all the stops for me, he attacked whatever I pointed him at, and we had never felt like more of a team than that day.

We did three more Training level events, the last one being the OHTA Championships again – this time placing fourth over the hardest course we’d ever seen, going clear cross country, but an unfortunate rail dropped us from second place. He is a phenomenal partner to ride out there and I can always trust that he will try his hardest in whatever I ask him to do, even if he’s unsure.

Austin is one of a kind with a huge personality that takes some getting used to. He likes to think that everything is his idea, and as long as I pretend it is, everything goes perfectly. Just don’t tell him I fake it!

He always stands out in the show ring and people always tell me how much they wish they had a Palomino. I think his colour matches his personality perfectly. He’s a stand out guy that wants everyone to look at him – as long as he’s not eating his grain!

I couldn’t have done this well without my excellent coach, Sarah Roberts, who has taught Austin and I so much over the last couple years and given us a ton of confidence and my awesome barn mates at AwayzAway Farm in Ontario. Now it’s time to buckle down for the winter again and hope we come out just as strong as we went in.