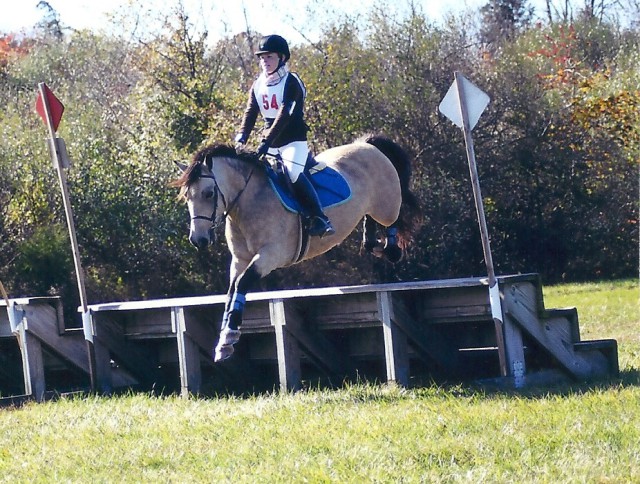 From his dappled buckskin coat to his short but sturdy stature at 14.2 hands, Gallod Gethin the Welsh Cob is a prime example of an eventing horse of a different color. Owned and loved by Elizabeth Taylor, this 6-year-old gelding was bred for eventing by Susan Stepney.

Gethin was named First Premium Colt at the North American Sport Pony Registry inspection in 2009 and earned some blue ribbons at the WPSCA Ponies On The Hudson Show as a yearling. Currently eventing between Beginner Novice and Novice, Gethin loves to jump and brought home two wins and four top-three finishes from the Bucks County Horse Park this past season. 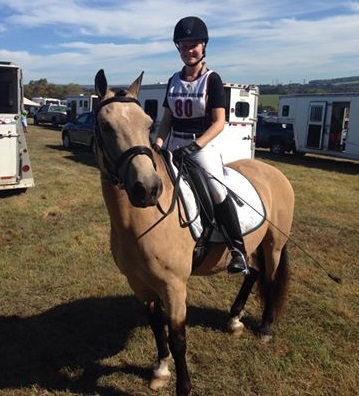 Elizabeth found that owning and riding a non-traditional breed for eventing has rewards aside from ribbons. Gethin’s color and size make him stand out in a crowd, and Elizabeth said that judges often comment with “so cute!” at the bottom of their dressage tests. Gethin’s brave personality and athleticism give him wings on cross country, which is his favorite phase.

“He likes the adventure of being outside the ring, as he gets bored extremely easily,” she said.

Gethin’s colorful personality runs the gamut from easygoing, to playful, to stubborn as all get out, Elizabeth said. Like an overgrown puppy, Gethin is known for his “hysterical facial expressions” and enjoys playing games like peek-a-boo. He also loves swimming and has a strange love of being blown in the face by a leaf blower.

In contrast to his goofy side, Gethin can also sometimes be a stereotypical pony.

“If he doesn’t want to do something, oh, he will most definitely let you know!” Elizabeth said. “It can be a challenge at times; however, he is just so talented that I learned to love and accept the days when his stubborn streak is shining through.”

Elizabeth has also found the easy keeper reputation of Welsh Cobs to be both a blessing and a curse; while Gethin has nice, hard feet, he is also “quite the chunky pony, so keeping him in peak condition can be rough.”

Elizabeth hopes to take Gethin to Training level in a couple of years and is “taking it quite slowly with him” due to his young age and wanting to give him positive training and showing experiences. The pair trains with Andrea Leatherman-Davidson and Cass Gwalthney in Pennsylvania, and Elizabeth believes that all their hard work has paid off.

“He has become so much more confident this year, and his dressage has made so many leaps and bounds thanks to both Andrea and Cass,” Elizabeth said. 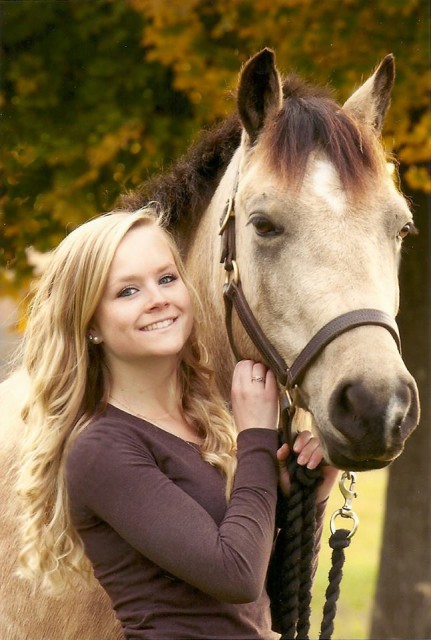 Gethin and Elizabeth smile for the camera. Photo by Portraits By Anna.

Best of luck to Elizabeth and the cheeky, lovable Gethin in 2015! Go Welsh Cobs. Go Eventing.