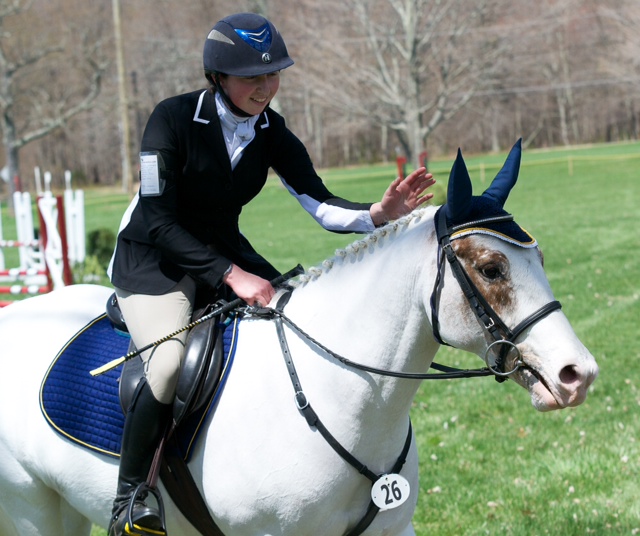 When Emma Lomangino was 13, she bought her Connemara/Appaloosa cross No Doubt as a green-broke 4-year-old. She originally intended “Salty” to be a resale project, but fell in love with the pony’s competitive nature and quirky sense of humor. The pair entered their first Beginner Novice together in 2009, and so began their tumultuous but rewarding journey together.

There is no doubt that Emma and her little mare have come a long way in just their seven years together, lending credence to Salty’s show name. Standing at 13.3 hands high with “admittedly awkward” conformation and an unconventional jumping style, Salty is Emma’s “white wonder” and the reason why she goes through a ridiculous amount of purple whitening shampoo during show seasons.

The mare’s white coat is sparsely flecked with chestnut on her face and neck, and Emma says that when her spots were lighter as a youngster, Salty “basically looked dirty all of the time.” 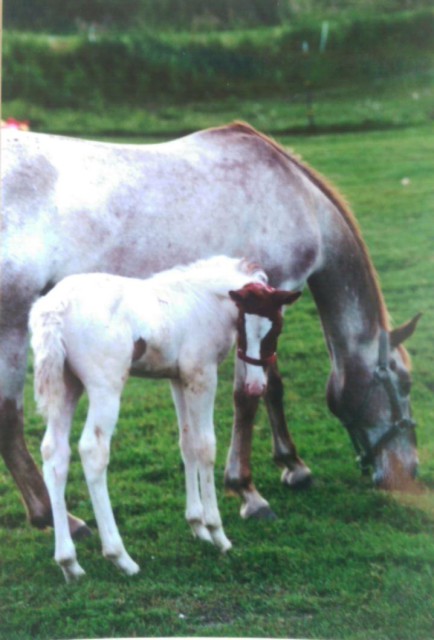 “She is like a mixed assembly of horse and tiny pony,” Emma explained. Salty’s short legs, back, and neck are offset by her horse-sized head and body structure. Finding tack to fit her mishmash of body parts has been an “adventure.” Emma says that Salty’s over-the-shoulder jumping style can be as unconventional as her appearance, though her pony’s springs definitely come out over larger jumps and on cross-country!

In true redheaded pony mare fashion, Salty can have quite the cheeky attitude as well, particularly in dressage.

“She tends to think that right after the free walk comes extended canter,” Emma explained. “Dressage was difficult at the beginning due to my lack of experience and her conformation.” 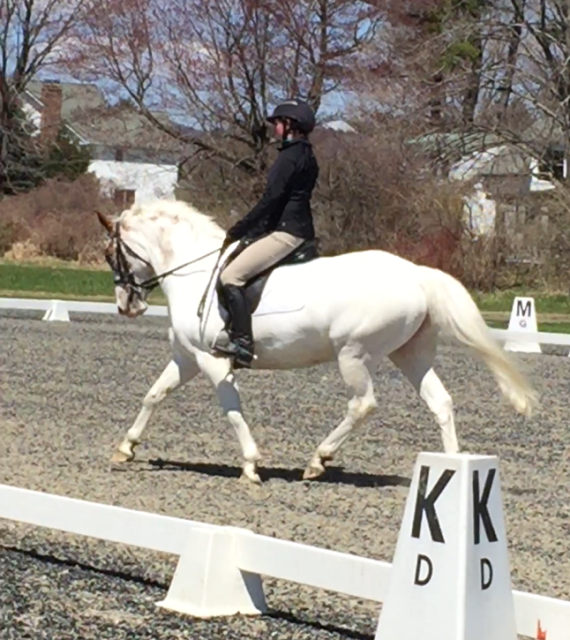 They also faced some challenges on cross-country. “I could barely get her out of the start box, and the first five fences were hard work. We had a record littered with cross-country stops after we moved up to Novice.”

After taking a step back to reevaluate things, Emma realized that their struggles were due to gaps in both of their educations, “mainly caused by a 13-year-old training a green pony in an unfamiliar discipline.” Emma decided that gaining a stronger foundation in dressage should be her top priority, so she went back to the basics of establishing correct impulsion, engagement, and suppleness with the help of local trainers Debra Wiedmaier, Nick Meyers, and Tom and Maddie Duggan.

Emma’s hard work paid off, and before long she discovered “a whole new set of gears” with Salty. Adding a dressage education to Salty’s bold and balanced jumping abilities created a trifecta of fun for the two eventers.

“She was able to access power I never realized was there!” Emma explained. “The jumps weren’t backing her off in the least and it felt incredibly easy for her.” After successfully competing at Novice with Salty, Emma decided to try their luck in Training level in 2014. 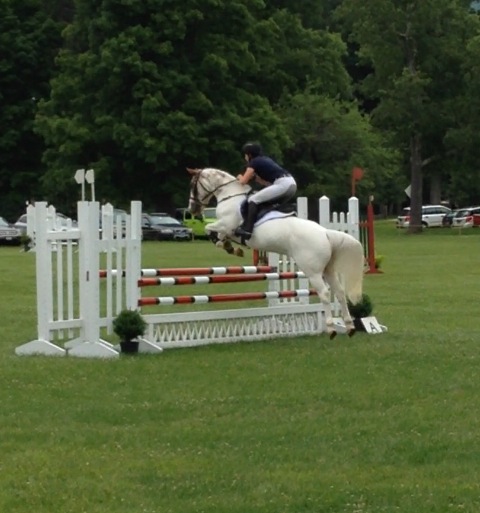 The pair jumped double clear in both phases at Larkin Hill last year, and made it double-clear on cross-country at Riga Meadow after having just one rail down in stadium. Now that they have a solid start at Training level, Emma noted that stadium had become their biggest challenge.

“While she is pretty adjustable and powerful, her legs are so short that the striding is difficult,” Emma said. “At Novice, I can get away with doing a more collected two in a standard one stride line, but that is difficult at Training when the jumps are bigger and require more pace and energy… This is something I continue to work on, as I owe it to her to be at my best if I’m asking her to perform at her best.“

Most recently, Emma and Salty won their Novice-A division at the Riga Meadows Combined Test, finishing on Salty’s personal best dressage score of 36.7. What a way to kick off their competition season! 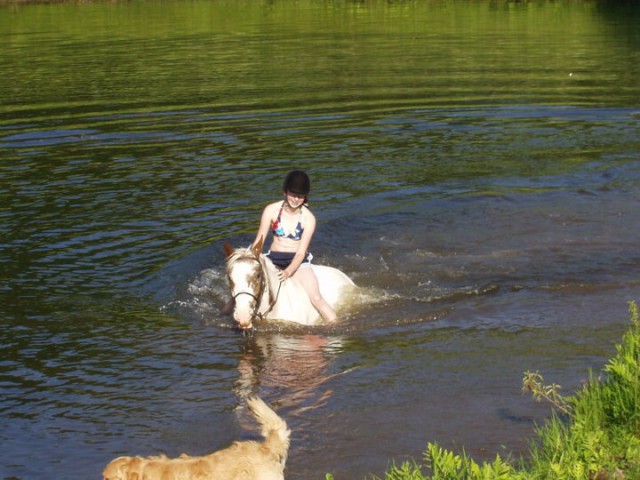 When the two of them are not tackling horse trials, Emma and Salty enjoy hunter pacing, swimming, and foxhunting. Salty’s competitive personality can take the back burner when it comes to giving pony rides to children, further proving that Emma’s pony has a heart of gold. It doesn’t hurt that “she knows that toddlers and strollers generally carry snacks!”

“Salty is truly one of a kind, my winning lotto ticket,” Emma said. “Because of my unique pony, I have learned so much about bringing the best out of a nontraditional horse, about creative training, and believing in the bond between horse and rider.

“Having success with a unique horse is like discovering a hidden treasure! Not everyone can afford a fancy warmblood cross, and an off the track Thoroughbred isn’t always the best fit for young riders or adult amateurs. That’s why it’s important that the non-traditional event horses are celebrated for the essential place they occupy in the sport!“ 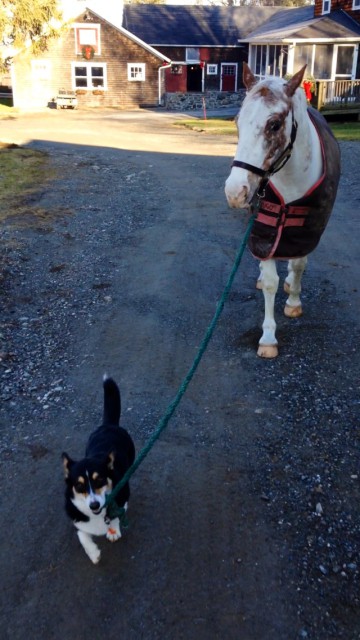 Every morning, Emma’s corgi Snips leads Salty out to her paddock. Photo courtesy of Emma Lomangino.

Check out this video of Emma and Salty competing at Training level at Riga Meadows: