“A Horse of a Different Color” features horses and ponies that have been successful in the sport of eventing while representing a unique breed. Do you have a horse that you think would be a great feature subject? If so, email [email protected] 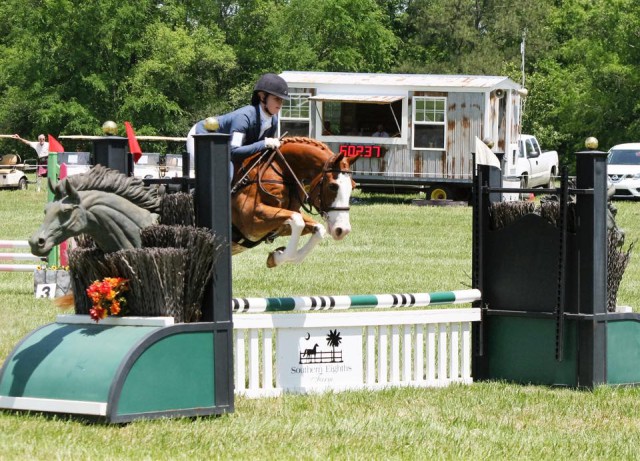 Susan Thomas and Tango at the Heart of the Carolinas Three-Day Event. Photo by Lisa Shurtz.

Leslie Allen first spotted Tango, an Overo Paint pony gelding, tied to a trailer at a horse sale at Clemson University. When asked what attracted her to him she responded by admitting what many of us have when we brought another horse home: “He was cute!”

“We were looking for a good prospect that we would work with and maybe sell, but once we saw him and started working with him there was no way we were going to sell him. There was something really special about him,” Leslie said.

Leslie’s $900 project pony turned out to more of a challenge than expected, however, as it soon became clear that little Tango had had minimal handling. He was nervous, skittish and untrusting. Realizing she had “bitten off more than she could chew,” Leslie sent Tango to Chad Ray for a few months of training. He helped Tango get more comfortable with handling and being ridden, and for several years after that Tango enjoyed life as a farm and trail horse.

A lifelong “casual” rider, Leslie soon became interested in branching out and wanted to try her hand at eventing, but Tango’s anxiety began to show once again when introduced to this new sport.

“Tango was very reticent and scared of everything in this new environment: arenas, obstacles, loud speakers, jumps, flower boxes,” Leslie said. “Again, I was out of my element and Tango sent me to the ground several times.”

Leslie once again sought help but was disappointed when a trainer tried to push Tango too fast, leaving them back at square one and recommending he be sold. Leslie could not be persuaded, however, and went about interviewing new trainers, including Susan Thomas of Charbonnet Sport Horses in Jefferson, Ga. 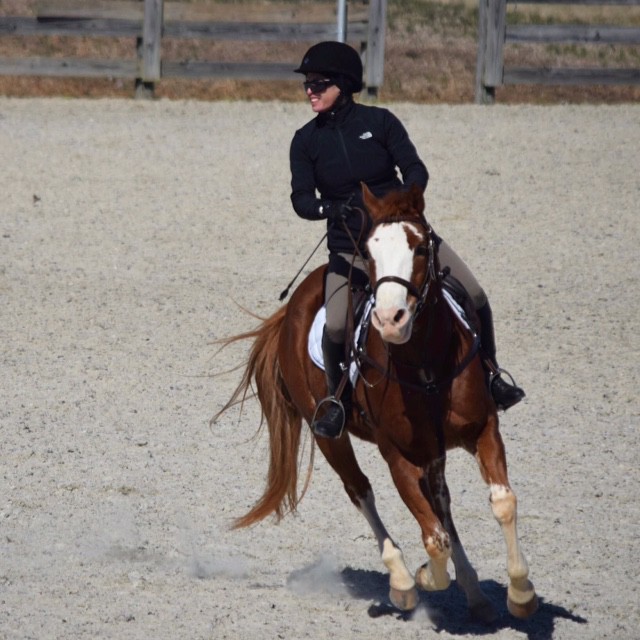 Leslie said there was something about Susan that resonated with her when they first met and felt she was the right choice to help Tango. Leslie and Tango began making strides within a few short months of joining Susan’s program. The turning point in Tango’s training came simply by being patient and giving him plenty of time of to figure things out.

“From the beginning Susan expected we would be moving forward and making goals,” Leslie said. “It was important that we had goals, but when we would get to point where he was struggling, we dropped back. I’m amazed at what she’s done; he trusts her implicitly.”

Susan loved Tango’s type and way of going and knew if they could gain his trust, he would shine. She worked with Leslie and Tango, slowly building the pony’s confidence both around people and over fences. They started competing him at Intro and went from there. Soon he realized the fun of jumping and began to truly enjoy his work.

“What was fascinating about him is the more confidence he got and understanding what we were asking, he was braver and braver. It’s so much fun to watch that. It would warm your heart to watch him go and really attack a course,” Leslie said.

In May 2015, Susan took Tango to his first USEA horse trials at Poplar Place Farm, where he finished on his dressage score of 21.8 to win the Open Beginner Novice division. He then went on to win three of his next four horse trials with Susan in the irons, including the Beginner Novice Three-Day Event at Southern 8ths Farm and most recently the Area III Beginner Novice Horse Championships.

Tango’s fan club grows with every event he attends and Leslie is thrilled the once difficult pony is now being recognized for his talent. This September he will compete in his biggest event yet at the USEA American Eventing Championships at the Tryon International Equestrian Center. We wish Tango, Susan and Leslie lots of luck and look forward to cheering them on!