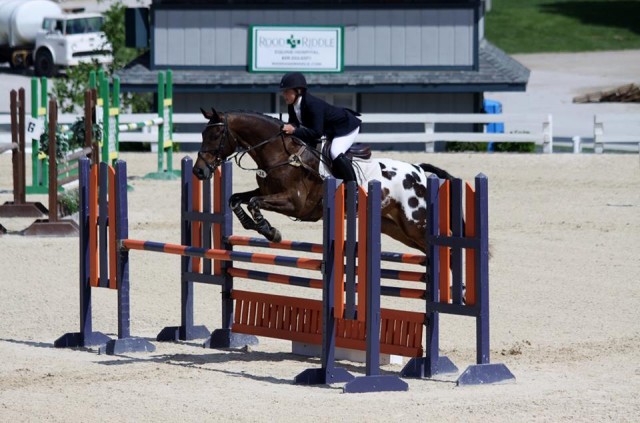 Who doesn’t love a colored sporthorse? When I first laid eyes on Wapentake, an 8-year-old Thoroughbred/Appaloosa gelding, at the Hagyard Midsouth Three-Day in Kentucky, I had to find out more. Megan Moore and Andrea Johnson hail from Team CEO Eventing in Lexington, Ky. Megan is a long-time friend of EN, and her working student, Andrea, adds to a great team and a successful competition and sales operation. Andrea and Wapentake, or Jerry, have formed a solid partnership that has taken them up to the CCI* level with aspirations to go Advanced at some point.

Wapentake was purchased by Megan as a foal from Rugby Creek Farm. Sired by the Appaloosa stallion Wapuzzan, Wapentake is out of the Thoroughbred mare Just Cool, who evented through Training level. “Wapuzzan is a full Appaloosa, but he is extremely well built; he looks like a sporthorse,” Andrea said. “He has a great hip and a really nice uphill balance, so the combination of him and the Thoroughbred made for a great looking foal.” Megan brought Wapentake home as her competition prospect, but he eventually took a great liking to Andrea. 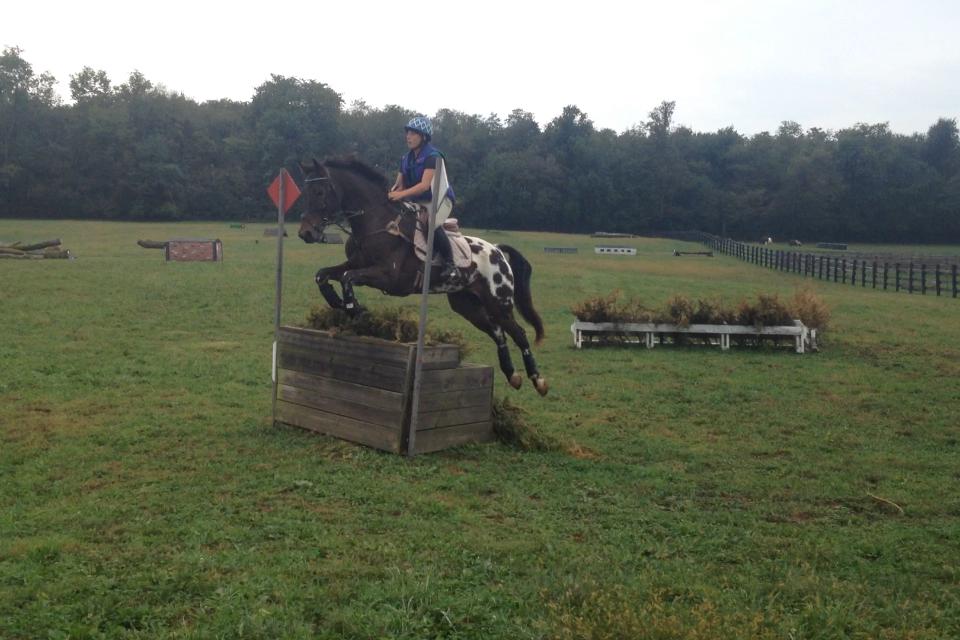 “He really is kind of a one-person horse,” Andrea said. “He really only likes me and Megan’s dad!” As Andrea began to ride Wapentake, their partnership began to solidify, and Andrea took over the ride full time in the spring of 2012. At the time, Wapentake was competing at Novice, and the two moved up through the levels steadily, culminating in the CCI* at Midsouth last season.

Since Wapentake is half Thoroughbred, his athleticism really shines through. “He’s a hot horse, and his Thoroughbred really comes through in that,” Andrea said. “He’s a little bit hard to ride on the flat, but he’s got an incredible gallop, so cross country has always been his strong suit. Over the past two years, he’s gotten a lot stronger, and his dressage and show jumping have really come along. He’s becoming quite the machine now, which is nice!” 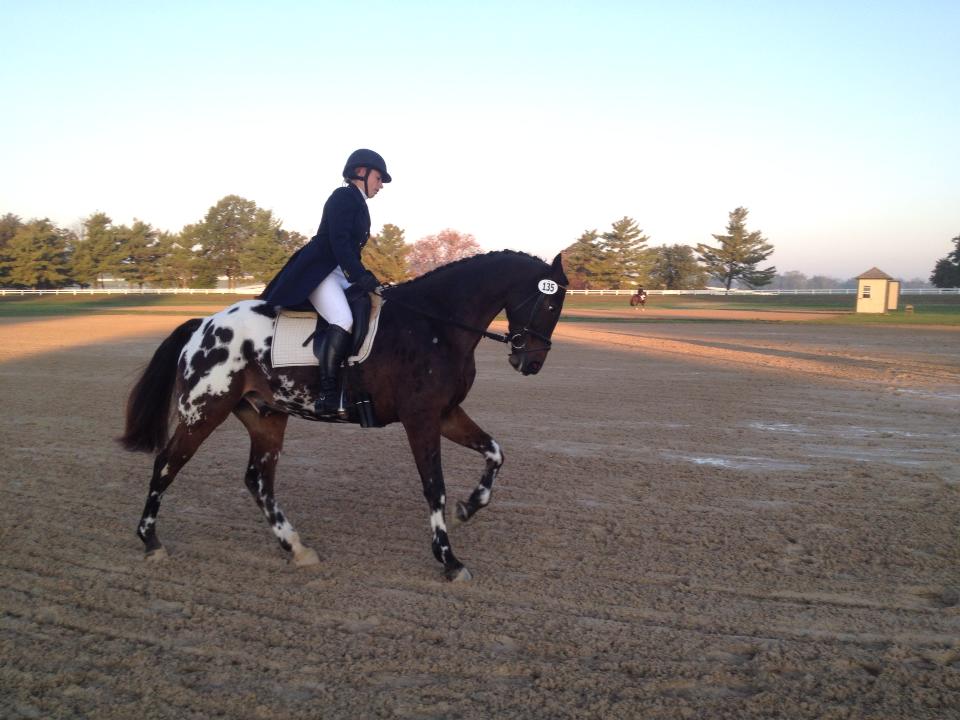 Andrea and Wapentake at the Hagyard Midsouth Three-Day. Photo by Megan Moore.

Andrea said Wapentake’s Appaloosa breeding lent itself nicely to his overall soundness as well. “He’s got amazing feet and strong legs, which I think really shows his sire’s side.” Built for the hard work that is eventing, Wapentake’s stamina and fitness is also unrivaled as well. “He holds his fitness really well; I don’t really have to do a ton of fitness work on him. I do think he is better suited for the three-day format versus the horse trials format because of this,” Andrea said.

Around the barn, Wapentake likes to work hard and spend the rest of the day relaxing with his pasture mates. “He’s not a touchy feely kind of guy,” Andrea said. “He can be a bit of a grump sometimes, but he works hard and knows his job.”

With Megan’s continued coaching, Andrea and Wapentake plan to compete at the one-star level this year with plans to move up to Intermediate in the near future. “I do think he can do Advanced eventually,” Andrea said. “He’s very scopey, and with his gallop, I think it will be easy for him. I don’t know how it happened, but it’s just very easy for him to move up.”

Here is a video of Andrea and Wapentake competing at the Midsouth Hagyard Three Day Event, courtesy of RNS Video.

To keep up with Andrea and Wapentake or for more information on Team CEO Eventing, visit their webpage or Facebook page.