"A Horse of a Different Color" features horses and ponies that have been successful in the sport of eventing while representing a unique breed. Do you have a horse that you think would be a great feature subject? If so, tip me at [email protected] 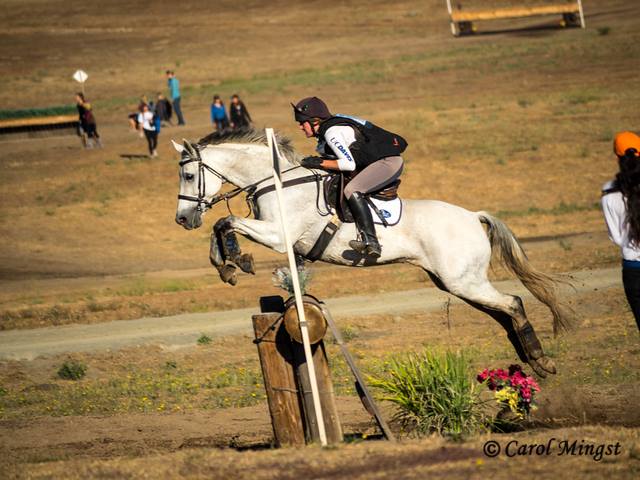 Walking past the warm-up arena for cross country at Galway Downs last November, I saw a girl on a gray horse getting some cross country pointers from coach Earl McFall. I watched as this pair tackled the warm-up fences for the CCI1* and found myself thinking that this pair looked like they got things done. The horse was a little gray, perhaps not the flashiest horse in the world, but I think that is what caught my eye the most about it. So I had to find out more.

Meet Kenzie Wilkinson and her Quarter Horse/Thoroughbred mare, Zero Gravity. This pair bases in Northern California, primarily training with Earl and Jen McFall of Dragonfire Farm, but spent a lot of their early days together back in their hometown in Michigan training with Philippa Humphreys.

Finding an upper level event horse wasn’t the initial goal for Kenzie when she first began riding. “I was just about to go into high school and had had a couple of horses already,” Kenzie recalled. “She came from a hunter/jumper barn in Western Michgan, and we actually tried her sister first.” 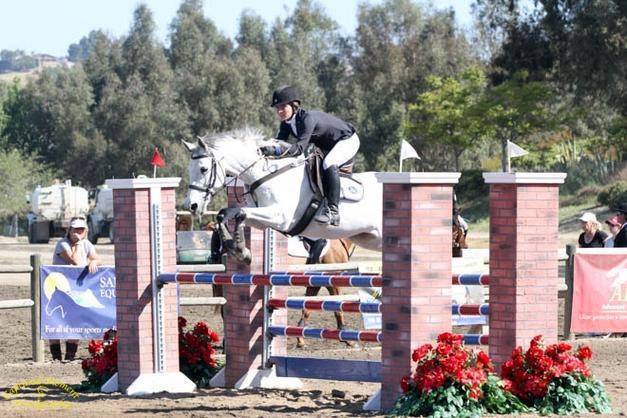 Originally bred to be more of a Quarter Horse type with a Thoroughbred dam, Kenzie originally wasn’t sure the little mare would be a good fit for what she was looking for.

“My sister told me to try her, and I thought she was too small,” Kenzie continued. “I took her for a spin, and as soon as I jumped her I knew I wanted her.”

Indeed, “Bailey” is small but mighty, standing just 15.1 hands and often getting mistaken for a pony. She spent much of her initial time with Kenzie doing typical kid activities such as 4H, camping, swimming and parades. From that point, Kenzie decided that she wanted to get more serious about eventing and moved to Philippa’s program full-time.

Kenzie and Bailey completed their first recognized event at May Daze in 2013, finishing fifth in the Junior Novice division. The following year at Dunnabeck Horse Trials, the pair made the big step up to the Preliminary level, where they finished 11th.

“I really thought I’d move up to Prelim, go to college and not be able to be as serious about it,” Kenzie said. “I decided to go to UC-Davis and spend the winter working for Philly in Ocala.”

It seemed Kenzie couldn’t quite rid herself of the horse bug, so she began working with the McFalls when she returned to school and eventually stepped back up to the green numbers in the spring of 2015.

“Realistically, I thought Training level would be the coolest thing ever,” Kenzie said. “For me, getting to go Training was like going to the Olympics. Bailey is an awesome jumper, but she can be quirky and has her own ideas of how to do things, so we spent some time getting eliminated and having some trouble. But we knew she was talented. Everyone I worked with said she was a Prelim horse, so it was just a matter of one thing leading to the next.” 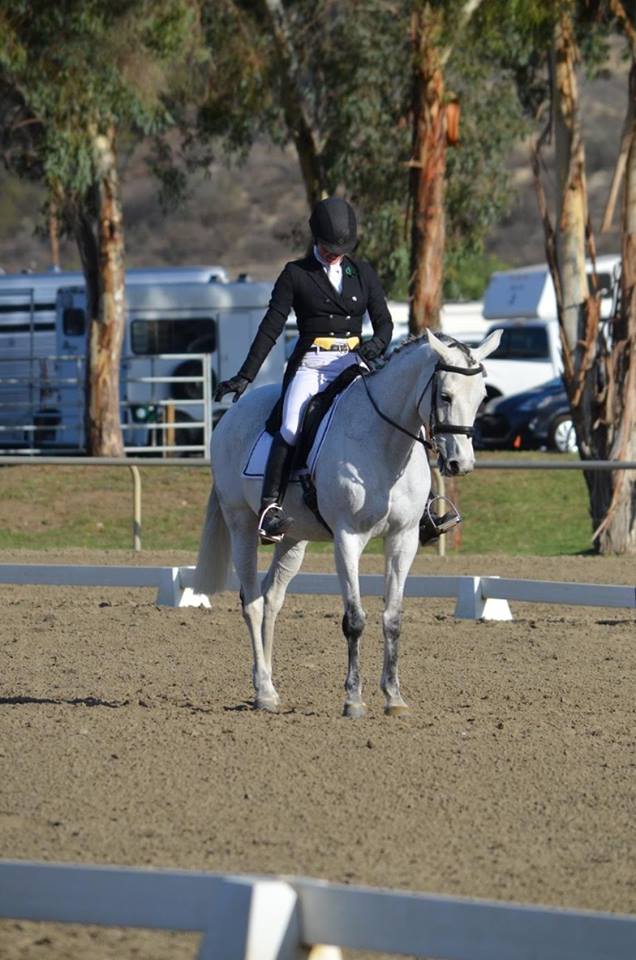 Before she knew it, Kenzie was sending in for her FEI passport and entering her first CCI1*, the push for which she credits both her coaches as well as regular clinician Hawley Bennett-Awad. “I wasn’t sure if it was a totally unreasonable idea,” she said. “Hawley was the one who told me to get my passport and get to Galway, and I think had she not said that I would have been too scared to ask about it.” 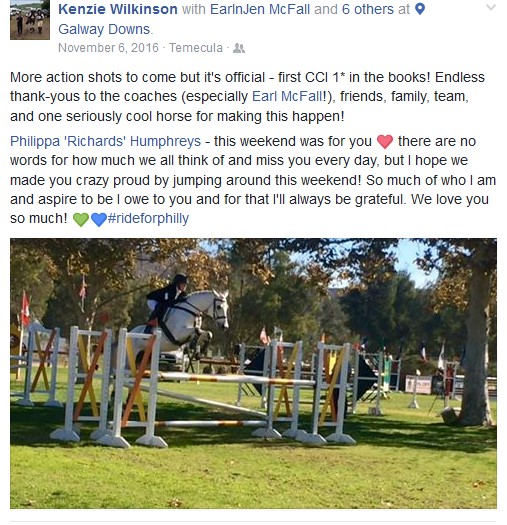 Completing her first one-star was bittersweet for Kenzie, who rode in memory of Philippa Humphreys all weekend. “The one-star was always with her in mind,” she said. “That was always a goal she had set for me. She had a huge influence on my riding. We didn’t really get serious about eventing until we moved to her place, and then we were mucking stalls to help out and traveling to shows with her. You could definitely say that she had a lot to do with any success we have.”

The EN team continues to remember Philippa Humphreys and encourages our audience to help support her daughter, Millie’s college fund. You can find out more here. You can also learn more about the USEA’s Collapsible Fence Study here.